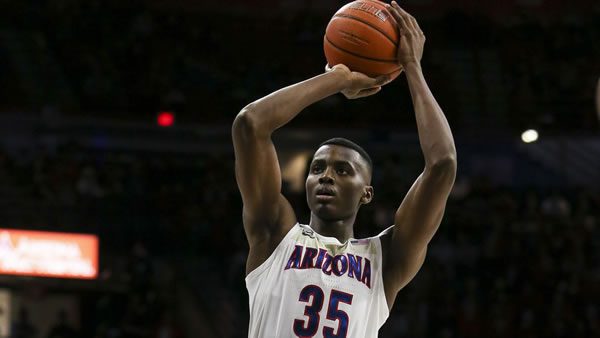 The glory days are back for western basketball, as both Arizona and UCLA are genuine national contenders and facing off for Pac-12 supremacy. USC might have something to say about the league title as well before all is said and done, and Gonzaga is in a class by itself when it comes to western basketball, but Pac-12 basketball is just better when both Arizona and UCLA are good, and both are finally contenders at the same time again.

Both are also coming off excellent weeks, as Arizona easily handled the northern California swing, winning both games by more than 25 points. The Wildcats are 6-0 in the Pac-12 and haven’t been scratched, with Washington being the only league school to come within 16 points of them. But at the same time, Arizona has yet to prove that it’s for real, as it hasn’t faced UCLA, USC, or Oregon.

While the Wildcats were steamrolling California and Stanford, UCLA went to the Rockies and handled the toughest trip in the Pac-12, beating both Colorado and Utah on the road. That swing’s a little easier this year with Colorado only ordinary and Utah fielding perhaps its worst team since it joined the conference, but the Bruins still handled the elevation and took care of business. Both of these teams are legitimate, and this could be a battle of execution.

That’s because nobody in the nation rebounds better than the Wildcats. Arizona already proved its prowess on the glass when it went to Champaign and won the rebounding battle (and the game) against Illinois big man Kofi Cockburn. The Wildcats get boards from all over the floor. Christian Koloko and Azuolas Tubelis grab their share of rebounds, but so does leading scorer Bennedict Mathurin, making long rebounds also a non-viable strategy against the Wildcats. On top of that, the Wildcats take and make good shots from inside the perimeter.

Arizona’s big weakness is that it’s not using the 3-pointer to overcome a deficit. If the Wildcats fall behind early, they’re going to have to do the job inside because none of their regular players is a threat from deep. The Wildcats only shoot 35 percent from the perimeter, so if UCLA can get ahead early, the Bruins should be in control.

Shooting, thy name is not UCLA. The Bruins have been a nightmare for gamblers lately, as the win at Colorado was UCLA’s first cover of 2022. The Bruins have been questionable at best on offense because they just don’t hit enough of their shots, a big reason why they’ve failed to break 74 points in seven of their past ten games (and one of those exceptions was an overtime game with Oregon where the Bruins only got 73 in regulation).

UCLA wins because it’s patient and can extend its possessions when it doesn’t get a good look at the hoop. This is an experienced team that has seen it all before, as Jaime Jaquez, Johnny Juzang, and Tyger Campbell are all juniors, and Jules Bernard is a senior. Nothing is going to cause this UCLA team to panic, and if the Bruins aren’t having success early, they’re likely to figure it out as the game progresses.

The problem is that sometimes, there isn’t enough time for UCLA to find the solution. That was the case in the Gonzaga loss, as the Bulldogs started the game on a 29-8 run. The Bruins never got within 16, absorbing a 20-point loss to Gonzaga in Vegas. If this team gets buried early, it’s not going to work.

Arizona will Cover If: The Wildcats can establish their dominance inside early and get some easy buckets. Arizona is likely to have the edge on the glass all night long, so the earlier the Wildcats get to using it, the better off they will be.

UCLA will Cover If: The Bruins can avoid the slow start and hold their own on the glass. The longer the game stays close, the more the conditions will favor UCLA. The Bruins have been in these battles before and know how to handle themselves; not so much for the Wildcats.

UCLA’s offense isn’t in a good spot against this Arizona defense. The Wildcats should be able to deny the Bruins good looks at the basket and should be able to clean up messes throughout the night, which means a UCLA total of 74.5 in this one seems to be wishful thinking.

From the beginning of the year, I’ve thought that people were reading too much into UCLA’s run to the Final Four when rating this team. I still think that people are giving the Bruins too much credit for that run and that this team is really around the level of a No. 5 or No. 6 seed rather than a top 10 squad.

Arizona has the rebounding and defense of a top 10 team. I’ll eat the small chalk with the Wildcats.