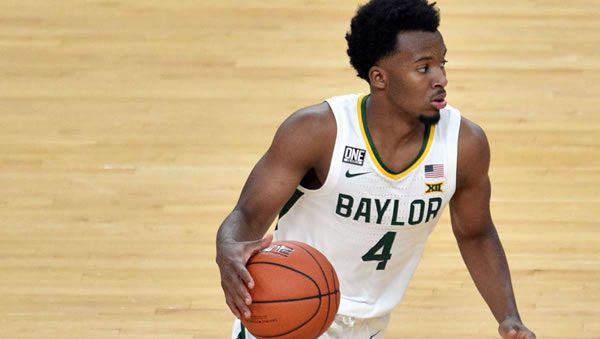 We’ve got another Thanksgiving tournament taking place, with the defending national champions trying to prove they haven’t lost a step despite losing several players from last year’s squad. The Bears have proven their point pretty well to this point, winning their first four games by an average of almost 30 points. To be completely fair, nobody on Baylor’s schedule to date is likely to compete for an NCAA tournament bid, but wins are wins.

That’s especially true for a team like Arizona State, which can only wish it was getting the kinds of wins that Baylor has picked up so far. The Sun Devils dropped one of their buy games in losing to California-Riverside by a point and haven’t really had a comfortable game all season. They managed to outlast North Florida by nine, but then fell to San Diego State. While that’s a much more excusable loss than Riverside, it shows just how far Bobby Hurley’s group has to go before it can be considered a real contender for the postseason.

The job Scott Drew has done at Baylor is criminally underappreciated, as he’s managed to bring such an influx of talent that the Bears haven’t missed a beat after losing their best players from the championship season a year ago. MaCio Teague and Mark Vital might be gone, but LJ Cryer has been more than ready to step in, averaging 18.5 points per game and hitting 54 percent from the 3-point line.

Obviously, that number isn’t sustainable, but Baylor is full of great shooters who rebound well and take care of the basketball. More than that, they’re thieves on the court and play excellent defense: the Bears actually have more steals than they do turnovers. This is a smart, well-drilled team that’s got the talent to back it up. In short, the Bears are dangerous.

Kimani Lawrence is playing like a senior for the Sun Devils, notching three double-doubles to this point and averaging a double-double to this point in the young season. He’s seen his scoring and rebounds double from last season, and if he can sustain this, Arizona State will have a nice piece for Pac-12 play.

Problem is, not only do the Sun Devils not have a lot else they can count on, but what else they do have has a hard time staying on the court. Luther Muhammad and Marcus Bagley have already missed time this season, and beyond Lawrence, there really isn’t a rebounder on the roster. Throw in the Sun Devils’ poor assist-to-turnover ratio (14/13), and it’s easy to see why this team already has two defeats.

The Bears are focused on the task at hand. With Arizona State, Syracuse and VCU on their half of the bracket, Baylor was essentially handed a free pass to the championship game of this tournament while Connecticut, Auburn and Michigan State bludgeon each other on the other half of the bracket. As long as Baylor doesn’t get lazy and let its mind wander, it should roll into the semifinals.

Arizona State will Cover If:

The Sun Devils can limit the turnovers. Arizona State has a hard enough job here without giving Baylor easy baskets. If the Sun Devils are going to have anything resembling a chance, they’ve got to limit the mistakes and make good decisions with the basketball.

Given Arizona State’s weak guard play, I can’t see the Sun Devils getting more than their projected total of 64 points. Baylor hasn’t allowed a team to top 60 against it all season, and I don’t see Arizona State penetrating this defense very often.

Baylor is by far the better team and should be able to do pretty much whatever it wants in this game. The Bears haven’t really proven themselves yet this season, but Arizona State isn’t even a good Pac-12 squad. There’s nothing in the early season schedule that suggests Arizona State has any business being on the court with Baylor, let alone putting a scare in the Bears.

I’ll take Baylor to breeze to the cover in this one. Bet this game and ALL of of this week’s basketball picks for FREE by taking advantage of a 100% real cash bonus on your first deposit up to $500 at GTBets Sportsbook!