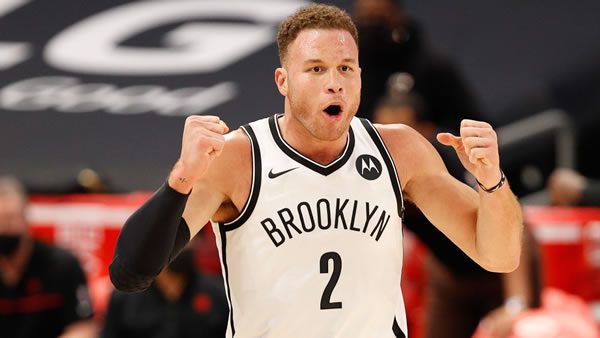 The Brooklyn Nets enter today’s game, having won 3 straight games.
In their past ten contests, the Nets have played above .500 basketball, going 8-2. As the road team, the Nets travel to Boston with a positive plus-minus rating of 5.3 points. Overall, Brooklyn is ranked 5th among NBA teams in point differential (4.8). Among NBA teams, they have played the 22nd toughest schedule.

For bettors, taking the Brooklyn Nets to cover the spread has been a losing bet, as they are covering in 41.20% of their games. Their season-long plus-minus against the spread is -2.4.

On offense, the team’s leading scorer is SF Kevin Durant. So far, Durant is averaging 28.47 points per game. This scoring output places him first among small-forwards. Durant is also the group’s best rebounder, at 7.76 boards per game. The Nets’ best three-point shooter has been newcomer, Patty Mills, connecting on 3.0 shots from downtown per game.

The Boston Celtics enter today’s game, having won 3 straight games.
The Celtics have played at an above .500 rate in their past ten contests, going 7-3. So far this year, they have played the 23rd toughest schedule.

As they get set to host the Nets, Boston has a positive home plus-minus of 2.0 points. Overall, the Celtics are ranked 8th among NBA teams in point differential (0.9).

For bettors, taking the Brooklyn Nets to cover the spread has been a winning bet as they are covering in 58.80% of their games. Their season-long plus-minus against the spread is 0.5.

On offense, the team’s leading scorer is SF Jayson Tatum. So far, Tatum is averaging 25.72 points per game. Even though he has missed time due to injury, Jaylen Brown is Boston’s best option from behind the arc, averaging nearly 3 three’s per game. Veteran and long-time Celtic Al Horford is averaging 8.67 rebounds per contest.

A key matchup to watch in this game will be how the Nets handle the Celtics’ up-tempo style of pay. So far, Boston is one of the fastest-paced teams in the NBA. With their increased possessions, they are averaging more than four three-pointers per game above the league average. So far, the team is hitting 37% of their shots from downtown.

Even though the Brooklyn Nets are averaging fewer shots per game than the league average, they are still a top 10 team in points per game. A key reason for this is their overall shooting percentage of 46%, the sixth-best in the NBA. Looking at their point distribution, 35% of their scoring comes from the three-point shot and 48% from inside the arc.

This game will be the first time Boston and Brooklyn have met up this season.

58% are betting the Nets against the spread.

The Brooklyn Nets come into this game as the top seed in the Eastern Conference, looking to win their fourth straight game. A big surprise for this year’s team is their ability to limit their opponent’s scoring. So far, Brooklyn is giving up just 105 points per game. 10th in the NBA. So far, opponents are shooting just 31% from downtown vs. the Nets. For the Celtics, the three-point shot is not one of their offensive strengths, as they are connecting on three’s at a rate of 33%. In this game, look for Brooklyn to pull away late. Leading up to the game, keep an eye on the status of Jaylen Brown, who is currently a game-time decision. Either way, the team will be careful with his minute load as he makes his way back to the rotation.

In this game, my favorite prop bet is to take James Harden to finish below his point total line of 22.5. Harden will be locked up in a battle with Marcus Smart all night. With the NBA’s emphasis on not rewarding offensive players for drawing contact, Harden will struggle with Smart’s physicality. Question: Does your bookie charge you -110 odds (or more) on your bets? If so, you-are-over-paying! Take 5 minutes and make the switch to -105 odds at BetAnySports! You’ll save a ton and be so glad you made the move!