Bet the Total: Maryland vs. Michigan 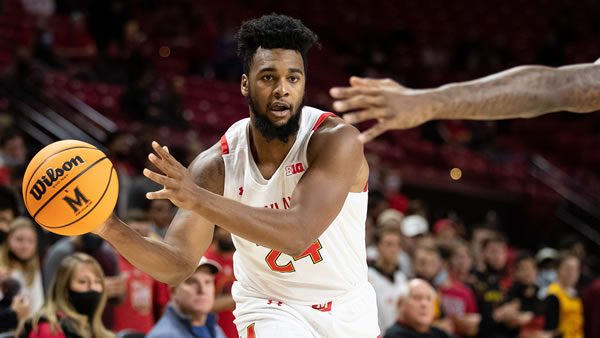 Two teams that have been underwhelming this season take to the floor at the Crisler Center. The Terrapins have won their last two, but who did they beat? The Wolverines are on a two-game losing streak, including an embarrassing 63-61 loss to CMU as a -21.5 favorite. The tip-off for the game is scheduled for 4:30 PM ET.

Line shopping may be important if this game is ultra-tight, with some books hanging Maryland -1 and others having Michigan as high as a -1.5. That said, there hasn’t been a lot of line movement with some books switching favoritism status and keeping the -1 spread. The total is a mixed bag, with the O/U line offered at 144, drifting up from a 143.5 opener.

Maryland is coming off an 80-64 win over UMBC. However, they did not cover the spread in the game as -18 point favorites. The combined 144 points did not surpass the 146 total line.

Going into their last game, Michigan was the betting favorite at -21.5 but fell to Central Michigan by a score of 63-61. The combined 124 points did not surpass the 147.5 total line.

Maryland
Over their last five games, Maryland has a straight-up record of 2-3 while going 2-3 vs. the spread. Over this stretch, the Terrapins offense is averaging 65.4 points per game while hitting 42.5% of their shots from the field. On the defensive end of the floor, they have allowed opponents to shoot 38.7% from the field while allowing 63.2 points per contest.

Michigan
In their previous five contests, Michigan is 2-3 straight-up and 3-2 vs. the spread. In these five games, they have a scoring average of 75.8 points per game on a shooting percentage of 43.7%. Defensively, they allow teams to hit 45.6% of their shots while giving up 73.2 points per game.

This season, the combined power rating of Maryland’s opponents comes in at 76.2. On the other side, Michigan’s combined opponent power rating is 77.7.

How Does Maryland Fare On The Road?

For the season, the Terrapins have played five road games and have a record of 3-2. In these contests, Maryland is 4-1 vs. the spread. Offensively, they have averaged 74.8 points per game on a shooting percentage of 46.3%. On defense, the Terrapins are allowing 62.2 points per contest when playing away from home. So far, opposing teams have a field goal percentage of 37.3% in these games.

In their six games at home, Michigan has a 1-5 record vs. the spread while going 4-2 straight-up. On offense, the Wolverines are shooting 44.3% on their home floor, leading to 72.5 points per game. Defensively, opponents are shooting 39.2% in these contests. The Michigan defense is allowing 66.3 points per game at home.

For the season, Maryland is averaging 70.9 points per game (207th) while posting an overall field goal percentage of 43.3%. In today’s game, they will be matched up against a Michigan defense that has allowed an average of 71.3 points per contest. This year, opponents have hit 44.0% of their shots vs. Michigan. On the other side, the Michigan Wolverines are coming into the game averaging 73.0 points per game on a shooting percentage of 46.8%. The Wolverines will be facing a defensive unit allowing an average of 61.8 points per contest. So far, teams have hit 39.2% of their shots vs. the Terrapins.

From beyond the arc, Maryland has a shooting percentage of 32.6% while ranking 413th in attempts per game. The Terrapins will be facing a Michigan defense that has a 3-point field goal shooting percentage allowed of 36.1%. Michigan enters the game, having hit 34.0% of their looks from deep while averaging 6.35 made 3’s per game. On the other end, Maryland has allowed opponents to hit 27.2% of their shots from beyond the arc.

The Terrapins have held six of their last seven opponents to 66 or fewer points. The Wolverines haven’t played the best defense overall, but they have at home, allowing 66.3 PPG on 38.5% shooting. Take the Under 144