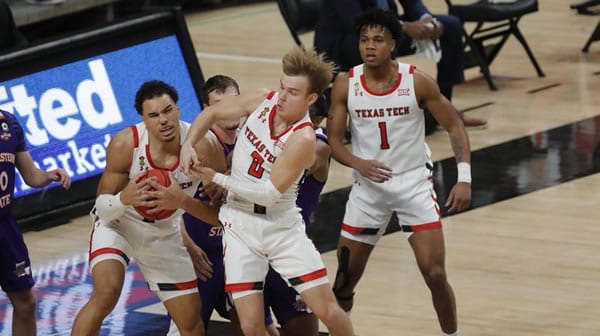 Where: Dickies Arena, Fort Worth, Texas

With the warmup games out of the way, a pair of patient, experienced teams now face off in an early preview of two of the strongest teams in both Texas and the nation. This might be one of the most well-played games of the early season, as both of these teams are methodical, efficient, and defensive-minded. Both teams routinely hold their opponents in the 60s or less, and with Kelvin Sampson and Chris Beard on the respective sidelines for this contest, each team is going to have to earn every basket they get.

It’s really a shame that this meeting’s being held behind closed doors because it’s the first time these teams have played in North Texas since the 1995 Southwest Conference tournament before the league broke up and the schools went their separate ways. With both teams accurately harboring hope of making a deep run in the NCAA tournament, this one should be fun to watch — if you can handle a defensive struggle.

There are two ways to look at Houston’s win over Boise State. On the one hand, the Cougars’ interior defense appears to be a weakness, as the Broncos shot 20-for-35 from inside 20 feet. On the other, Houston led by 15 at halftime and scored a comfortable win because its 3-point defense and rebounding were outstanding. The Cougars don’t have a player taller than 6’8″, but they ate Boise State alive on the glass by a 49-26 margin, despite the Broncos boasting three players above 6’10”.

That’s a sign of a well-coached team that plays hard, and it’s how Houston was able to overcome some below-average shooting of its own from Marcus Sasser and Quentin Grimes. The Cougars are not a team full of offensive weapons, which is one reason why Sasser and Grimes rarely come out of a game; they’re by far the best scorers Houston has. Beyond those two players, Houston’s game plan revolves around forcing opponents into bad looks and making sure that look is the only one they get on each trip down the court. This team does not want to play fast and will instead look for the sure-shot whenever it can get it.

Texas Tech is still the same methodical, defense-heavy squad it’s always been under Beard, with one exception: Mac McClung. The Georgetown transfer spent two years in Washington as a human highlight reel, and now he’s being asked to play a slower-paced game that relies more on getting quality shots than making flashy plays. However, after two years of trying and failing to carry Georgetown to anything special, that was a large reason as to why McClung left the Hoyas for the plains of west Texas.

So far, the marriage of styles is working, but the question remains as to what might happen when Texas Tech meets an opponent who will not give the game away. The Red Raiders throttled both of their first two opponents, but Northwestern State and Sam Houston State are among the weakest defenses in Division I and coughed the ball up at a high level (18 turnovers for the Demons, 19 for the Bearkats). Houston is not going to make the same mistakes as either of those squads, which means someone else has to step up along with McClung to make sure the Red Raiders can answer the likes of Grimes. Terrence Shannon has scored in double figures in both games so far, and getting him going would be an ideal complement to McClung.

Familiarity. These teams play a similar style to each other, which means that neither one is going to get frustrated by the other’s tenacious defense because they see it every day in practice. That changes the game for both teams because a slow, defense-first style works best when it frustrates the opponent and forces them into mental mistakes. But that’s not going to happen in this game because both teams know how to attack a defense that makes you wait. Whichever team finds enough good shots to get their nose in front will likely have the edge.

Houston will Cover if:

The Cougars can throw McClung off of his game and either force him to try to do too much or force one of the other Red Raiders to step up and pick up the slack. When McClung was at Georgetown, his big weakness was that he often had no choice but to try to take over the game because of a lack of talent around him, which left the Hoyas vulnerable. At Texas Tech, he’s surrounded by more talent and no longer has to do that to win games, but it’s worth seeing if that mentality might still be hiding in the back of his mind. If the Cougars can force him into mistakes because he hasn’t been in Texas Tech’s system for long, the edge is theirs.

The Red Raiders clamp down on Grimes and force someone else to beat them. Grimes is a veteran of the Cougars’ system, but he’s also the main man for his team’s offense. If he isn’t scoring, Houston doesn’t have many places to turn in order to get baskets. Taking away his scoring can really throw a wrench into the Cougars’ game plan.

It’s tough to know which side has the edge in this one. Texas Tech has played two bad teams, so there’s not much to glean from the Red Raiders’ results. On the other hand, Houston played an opponent that should have had a big edge against them but didn’t, which says that the Cougars know what they’re doing and can make their opponent play their game. Granted, that’s what Texas Tech wants to do anyway, but with the Cougars playing tougher competition and having experience on their side, I think they’ve got the edge here. Bet your college hoops picks for free this week by scoring a HUGE 100% real cash bonus on your first deposit of $100 to $1000 at BetNow Sportsbook!