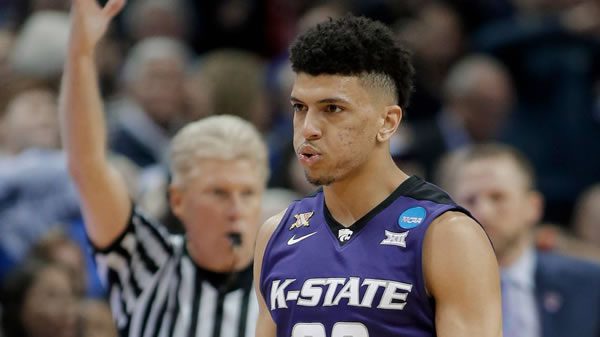 This might be it for Bruce Weber, as everyone in central Kansas seems to think that he’s going to be fired unless the Wildcats win the Big 12 tournament (and might be fired even if they do win it). K-State has been competitive for most of the season, but a five-game skid to end the regular season took them out of the running to qualify for the NIT (the Wildcats would have to reach the Big 12 final even to be eligible and would then only qualify with a loss). Kansas State hasn’t been bad; it just hasn’t been good enough to compete at the level needed in the Big 12.

West Virginia has been pretty awful this season, but the Mountaineers likely won’t be changing coaches, even though Bob Huggins has the option to retire at the end of the season. Huggins has notably found himself steamed at his team throughout the season but seems to be excited about the freshmen he redshirted this season and will have next year. But before getting to that season, he’s got to watch his current team play one more time, which doesn’t seem like it’s going to be a pleasant experience for anyone involved.

About the only part of this West Virginia team that looks like a typical Bob Huggins team is the Mountaineers’ affinity for steals and blocked shots. Otherwise, this team doesn’t play defense very well, doesn’t shoot it well, gives up far too many open looks, and isn’t very strong inside.

Put simply, there’s a reason that West Virginia finished last in the Big 12, and it’s because this simply isn’t a very good team. Taz Sherman is a genuine scoring threat, but otherwise, the Mountaineers don’t really have a second scoring option who can lift them in tough situations. In the win over TCU, Sherman scored 25, but nobody else had more than 10 points. It worked out because West Virginia was strong on the offensive glass and forced 18 turnovers in the process, but it won’t work very often.

Kansas State gets the majority of its positive outcomes from its two guards, Mark Smith, and Mike McGuirl. That can be a plus in that everyone in purple knows exactly where to look for a shot, but it also means that the defense knows exactly what to do to get a stop, and K-State has no third option available if neither of those comes up with a play. Actually, Kansas State barely has three other bodies on the floor, as the Wildcats are one of the thinner teams in the Big 12. Against Oklahoma, the Wildcats used just seven players in the entire contest and had three players top 33 minutes, only bringing them out when absolutely necessary.

Not only that, but Kansas State seems to be almost entirely dependent on Smith and McGuirl to the point of not even looking for an attack outside of those two. In the loss to the Sooners, the Wildcats took 59 shots and had 33 of them come from those two players. It worked out because they combined to score 43 points and keep the game close, but if either one of them has an off-day, they can be easily beaten.

West Virginia will Cover If: The Mountaineers either force Smith or McGuirl into a bad game via either turnovers or missed shots. Kansas State did have Nijel Pack step up when McGuirl didn’t play in Morgantown, as Pack scored 20 points, but the Wildcats were a different team then. West Virginia either needs to force ball-handling errors or make someone else win the game for K-State.

Kansas State will Cover If: The Wildcats can either take smart shots or get to the free-throw line. K-State’s win in Manhattan didn’t come because of sharp shooting on the part of the Wildcats; it came because they got to attempt 39 foul shots and canned 31 of them. K-State’s not a good shooting team, but if it gets to the line, it can be dangerous.

Given that the winner got into the 70s each time in the regular season, this number seems a bit too low. These teams aren’t great on offense, so that it could be a tight squeeze to cash the over, but I think it can be done.

One underrated factor is that this game is in Kansas City, making for an easy drive for Wildcat fans, many of whom live within three to four hours. West Virginia isn’t close to Kansas City on a good day, and after this awful season, few people are going to trek west to watch the Mountaineers play in this game.

I’ll back the team who cares and who’s in a comfortable situation. Give me K-State.