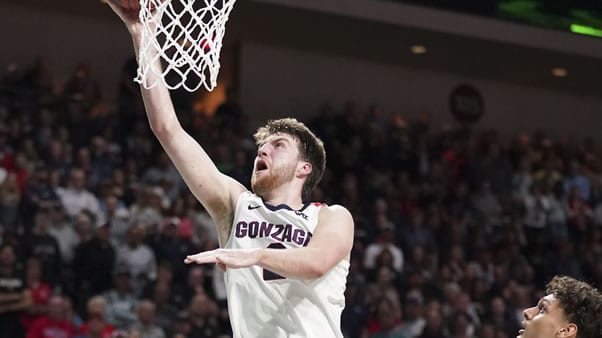 Where: War Memorial at the Sobrato Center, San Francisco

San Francisco isn’t going to get a better chance to lock up a spot in the NCAA tournament than this one, as they’ve got a chance to get a win over Gonzaga and prove that they belong in the field. The Dons currently sit squarely on the bubble because of their conference affiliation, as they’ve got the metrics but not the name to warrant anything higher than being right on the cut line.

But they’ve got an opportunity now in the form of facing Gonzaga, which has continued to dominate the West Coast Conference and has taken that level of dominance to new heights. The Bulldogs have beaten their 12 league opponents by an average of 25.75 points per game and haven’t allowed anyone to stay within double digits in league play all season. San Francisco did come close to scaring them for 20 minutes in Spokane, but the Dons couldn’t sustain it for the entire contest and gradually succumbed. With the season on the line, can they pull it together and impress people?

Trying to stop Gonzaga is one of the hardest things to do in college basketball, as the Bulldogs get up and down the court quickly and take good shots at every opportunity. Gonzaga has averaged 89.5 points per game this season, yet the under has cashed in five straight Gonzaga games because the Bulldogs also play stiff defense.
Having to handle Drew Timme last year was difficult enough, but the Bulldogs are even better this year, as Chet Holmgren has dominated on the glass, and Andrew Nembhard tends to get the ball where it needs to go. In short, this is a team without a weakness in the frontcourt.

But the Bulldogs do have a weakness, and it’s their 3-point shooting. Other than Rasir Bolton, nobody shoots above 45 percent from behind the arc, so if a team is actually able to stick with Gonzaga and put them behind, the Bulldogs could have problems. But so far, nobody has been able to battle them well enough to force them outside.

Jamaree Bouyea was excellent against Gonzaga the first time the teams met, but he’s got to repeat that and get some kind of help. Bouyea went for 25 points in the first game, but the rest of the team only shot 13-for-41 from the floor and didn’t get much out of Khalil Shabaz or Gabe Stefanini.

But other than some poor shooting, there is reason to hope here. The Dons fought Gonzaga to a draw on the glass, only losing the board battle 39-38. San Francisco’s rebounding is going to be a big part of its success if it finds its way into the tournament, but the Dons have to get their shots to drop if they’re going to have a chance to cover in this situation. A repeat of everyone else missing everything isn’t going to work.

Gonzaga will Cover If: The Bulldogs can get an early lead and keep the Dons at bay. Gonzaga hasn’t had too much problem putting things away when they face a fellow WCC squad, but San Francisco has literally nothing to lose and likely will come out flying.

The way that Gonzaga’s defense has been playing, the under actually makes a lot of sense. San Francisco has shot very well in its other WCC games, but the Dons haven’t faced a defense anywhere near as talented as the Bulldogs in that stretch. You’ll need to get about 70 from the Dons to see this cash, and I’m not sure they can do that against Gonzaga.

As much as I think San Francisco can scare some people in the tournament, I can’t see them doing it against Gonzaga. The Bulldogs have just been on another level, and I’m not sure the Dons can hang with them, even on their own floor.
I think San Francisco will fight hard in the first half, but it won’t be enough to land the cover. Give me the Bulldogs. Question: Did you know that you can bet on games at -105 odds instead of -110? Imagine how much money you’d save over the course of a season or a year! Invest five minutes and save yourself a ton of money by making the switch to reduced juice sports betting at BetAnySports! You’ll be so glad you did!