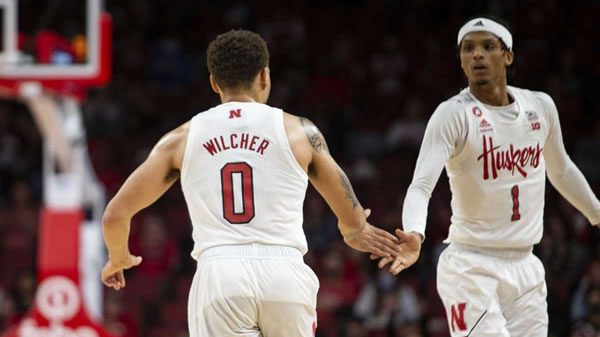 It doesn’t get much more desperate that this situation for these teams, as Indiana can’t afford to take another loss on the road and Nebraska wants to get a Big Ten win against anybody. The Huskers have quickly joined Maryland as the only non-factors in the Big Ten, as they’ve barely been competitive in the conference. Nebraska has now lost 10 of its past 11 games, and the only win the Huskers have had in that stretch came against Kennesaw State.

As for Indiana, another road loss would be a sign that things are still not fixed in Bloomington, and one that could not be ignored. The Hoosiers managed to fold on the road yet again when they blew a comfortable lead at Iowa and ended up failing to either win or cover against the Hawkeyes. The Hoosiers are in serious danger of wasting Trayce Jackson-Davis’ college career, as they’ve yet to come close to the NCAA tournament despite having his presence in the interior. That’s in large part because the Hoosiers haven’t been able to stop themselves from screwing up away from home, as they’re 0-4 in true road games this season. The streak has to end in Lincoln, because if Indiana loses this game, it’s difficult to see any path to the NCAA tournament for the Hoosiers.

Indiana has a couple encouraging signs from its first meeting with Nebraska and one that could be very concerning. On one hand, the Hoosiers were able to win easily despite getting a below-average performance from Jackson-Davis, in large part because Race Thompson was outstanding on the glass and Indiana ended up with 41 rebounds. On the other, getting away with a performance like that from Jackson-Davis isn’t something that’s going to happen on a regular basis. The Hoosiers won that game because Nebraska shot horribly from outside the arc, not because their guards did anything special to offset Jackson-Davis having a bad game. Throw in that Indiana turned the ball over 15 times, and the Hoosiers were honestly lucky that the game wasn’t all that close in Bloomington. This time, Jackson-Davis has to take over the game and get plenty of second chances for his team. Nebraska ranks third-worst in the nation in allowing defensive rebounds, and if the Hoosiers can bludgeon the Huskers on the boards, this will be a comfortable win.

Nebraska actually plays decent defense when it comes to forcing turnovers, as the Huskers average 7.8 steals on the year. But it tends not to matter because the Huskers give up so many second chances that they have a tendency to undo the work they’ve done in getting the ball from the opponent’s guards. The Huskers’ other big problem is that they just cannot shoot the ball. Most teams have one or two players who connect on around 50 percent of their shots, but the only one Nebraska has is Derrick Walker, who only scored eight points in the first meeting (on 4-of-5 shooting) because he had to play against Jackson-Davis in the paint. C.J. Wilcher and Keisei Tominaga are Nebraska’s best options from the perimeter, but their best weapon has been to let Bryce McGowens get to the foul line. If he could get his shooting up above 40 percent, that would be a big help, but it hasn’t happened so far.

Indiana will Cover If: The Hoosiers can win the first 10 minutes by a lot. Nebraska is already basically out of the race for an at-large bid, so the Hoosiers will have an easy time crushing their will if they can take the Huskers out of the game within the first 10 minutes. If Nebraska gets inspired to play good basketball, the old road issues could pop up again for Indiana. Nebraska will Cover If: The Huskers can avoid the early kill. Nebraska is not built to come from behind and has to play with the lead or at least within shouting distance. Indiana could bury the Huskers early, but if that fails, Nebraska should hang around.

We already saw 68-55 between these teams in Bloomington, and I doubt it’s going to be a much more offensive showing than that first matchup. 144.5 points seems to be too much for these teams in this environment.

I trust neither team right now. However, I’ve got to pick someone, and what this boils down to is whether I want to lay nine points with a team that has not won a road game yet this season. The answer is that no, I don’t. I’ll take the Huskers to backdoor this in a game I expect Indiana to win.