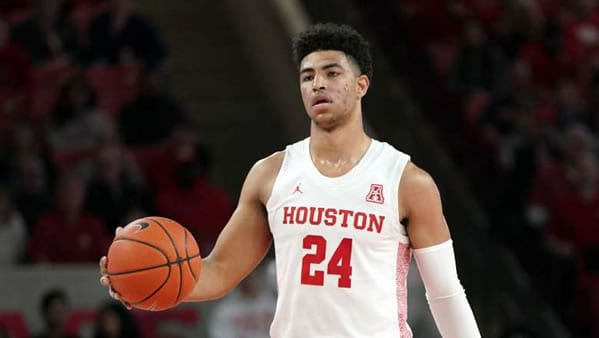 One of these teams has earned national respect, while the other is trying to break into the con-versation. Houston’s performances have made clear that nothing is separating the Cougars from the top teams in the power conferences: they’re every bit as good as the top teams in the Big Ten or ACC. With a defense-heavy style and a lot of experience on their side, Houston has been a major annoyance for anyone who’s had to play the Cougars this season.

SMU would love to be where Houston has been for the past few seasons, and the way to get there is to topple the Cougars, just as they did last season. The Mustangs outlasted the Cougars in overtime last season, breaking a five-game losing streak in the battle of Interstate 45. SMU didn’t show any signs of rust against Temple after taking two weeks off, and if they can get a result here, they’ll convince a lot of people that they’re a real contender in the American. Can they pull it off?

The way Houston wins games is with its defense because its offense really hasn’t been anything to write home about in 2020. To their credit, the Cougars usually do end their possessions with a shot, but they don’t shoot the ball well at all. Houston has shot just 41 percent from the floor on as a team, which is a big reason why the under has cashed in five out of the Cougars’ eight games this season. In fact, the total is a big red flag here, as SMU’s projection is to score 68 points, something nobody has done all year against Houston.

The defense is the main reason that Houston actually had a shot at winning the game against Tulsa on Tuesday despite shooting a mere 35 percent from the floor. But that said, Quentin Grimes, can’t shoot 5-for-17 from the floor and expect to see his team win many games, even if he did end up with 19 points. Nor can the Cougars hope to win when they have Grimes and backcourt mate Marcus Sasser combine to go 3-for-17 from behind the arc.

Kendrick Davis is quickly making himself into a name that people in the American need to know. He’s averaged 19.2 points per game in the early going and has established himself as the top option on a squad that sees a lot of contributions come from all over the court. One great ex-ample was the Temple game, which saw Darius McNeill and Yor Anei come off the bench to score 31 points. In fact, the Mustangs got 39 points from their three bench players against the Owls, while the starters got 40, which says that Tim Jankovich is either doing a lousy job of se-lecting his starting lineup or an excellent job of putting together a team with quality depth com-ing off the bench. The undefeated start suggests that it’s the latter, but it’s fair to wonder just how good the Mus-tangs are after a relatively soft opening to the slate. Getting a win over Dayton would have been great back in March, but in December, the Flyers are nowhere near the team that they were a season ago. And that’s the best win SMU has going for it this season, which suggests that there’s a massive difficulty spike coming here.

The rivalry. This is one of the first real instances of a conference rivalry game being played behind mostly closed doors, which takes the atmosphere out of the game but not the in-tensity. Actually, SMU should be plenty intense in this one, given how Houston had flipped the narrative in this rivalry in recent years. The Cougars had won five straight between 2018 and last season, as the school’s commitment to hoops has transformed the program in recent years. A win here from SMU would be a major signal that this is a real rivalry again on both sides.

The Cougars can shoot the ball better than they did in Tulsa. Houston is going to play defense well enough to give itself a chance to win the game, but SMU isn’t going to have to put up a lot of points if Houston has another offensive pratfall like it did in Oklahoma. The Cougars have to get at least one of Grimes or Sasser going early if they’re going to control this contest early.

SMU will Cover If:

The Mustangs can handle Houston’s pace. Playing Houston is always tough because the Cougars are always nasty on defense, and they compound that by slowing the game down to the point that you just aren’t going to get a lot of extra possessions. SMU simply has to make sure it can play at a slow speed and still make its possessions count.

As good as SMU has shown itself to be so far, the Mustangs haven’t seen a team as talented as Houston. Plus, I just can’t see the Cougars shooting this badly for the second straight game. Houston has too much talent to continue to struggle at those levels from the field. Look for SMU to have a low scoring game in this one, as I’ll take Houston to cover the small spread.