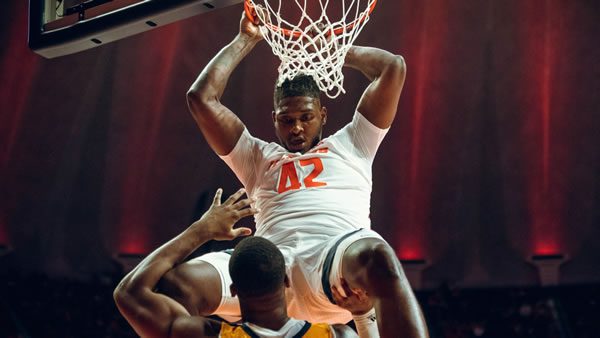 The Minnesota Golden Gophers host the Illinois Illini on Monday night at Williams Arena. Illinois has owned the Gophers in recent games, winning and covering the line in four consecutive matches. Illini bettors are going to have to lay a big number to get the money, with most betting shops hanging a -9.5.

Illinois picked up a victory over Michigan State by a score of 75-66. Heading into the game, the Fighting Illini were favored to win, with a point spread of -6.5. The combined 141 points finished above the 137 total line.

Minnesota will be looking for another win, as they most recently defeated Ohio State by a score of 70-67. The Golden Gophers also picked up an ATS victory as they were +14.5 point underdogs. The combined 137 points fell below the 138 closing total line.

Illinois
Over their last five games, Illinois has a straight-up record of 4-1 while going 4-1 vs. the spread. Over this stretch, the Fighting Illini offense averages 75.0 points per game while hitting 45.4% of their shots from the field. On the defensive end of the floor, they have allowed opponents to shoot 37.1% from the field while allowing 62.0 points per contest.

Minnesota
In their previous five contests, Minnesota is 3-2 straight-up and 3-2 vs. the spread. In these five games, they have a scoring average of 67.8 points per game on a shooting percentage of 47.1%. Defensively, they allow teams to hit 40.9% of their shots while giving up 64.4 points per game.

This season, the combined power rating of Illinois’ opponents comes in at 77.4. On the other side, Minnesota’s combined opponent power rating sits at 77.4.

How Does Illinois Fare On The Road?

For the season, the Fighting Illini have played seven road games and have a record of 3-4. In these contests, Illinois is 3-4 vs. the spread. Offensively, they have averaged 71.1 points per game on a shooting percentage of 44.1%. On defense, the Fighting Illini allow 72.1 points per contest when playing away from home. So far, opposing teams have a field goal percentage of 41.7% in these games.

How Does Minnesota Fare At Home?

For the season, Illinois is averaging 75.8 points per game (66th) while posting an overall field goal percentage of 45.3%. In today’s game, they will be matched up against a Minnesota defense that has allowed an average of 67.5 points per contest. This year, opponents have hit 42.1% of their shots vs. Minnesota. On the other side, the Minnesota Golden Gophers are coming into the game averaging 67.0 points per game on a shooting percentage of 43.8%. The Golden Gophers will be facing a defensive unit allowing an average of 63.9 points per contest. So far, teams have hit 39.2% of their shots vs. the Fighting Illini.

From beyond the arc, Illinois has a shooting percentage of 36.7% while ranking 183rd in attempts per game. The Fighting Illini will be facing a Minnesota defense that has a 3-point field goal shooting percentage allowed of 35.9%. Minnesota enters the game having hit 36.8% of their looks from deep while averaging 7.8 made 3’s per game. On the other end, Illinois has allowed opponents to hit 29.6% of their shots from beyond the arc.

The Golden Gophers’ numbers are off from the early season when this youthful squad’s lack of experience had them overmatched. With experience, they’ve been way more competitive as of late, covering three straight—no reason to think that they can’t give Illinois all they can handle tonight. Bet your NCAA basketball predictions for FREE this week by taking advantage of a 100% real cash bonus on your first deposit of $100 to $300 when you use bonus code PREDICTE100 at MyBookie Sportsbook!