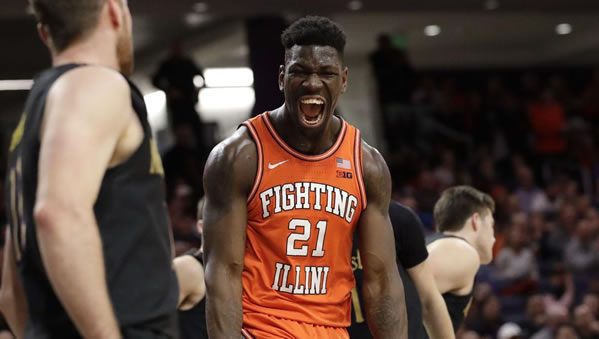 The last time these teams met resulted in an epic battle that saw Purdue jump out in front before Illinois staged a second-half comeback to force overtime and eventually come up short in double overtime. Now the teams are in a position to take control of the Big Ten race as the season comes down to its final four weeks, with the Illini holding a one-game lead on the Boilers as the league’s only two-loss squad. Illinois has won four straight coming into this game, as that loss to the Boilers is the only one in the Illini’s past 11 in which Kofi Cockburn played that ended in defeat.

Purdue, at this point, knows what it has to do to win: it has to score. The Boilermakers are at their best when the offense is working in every way, and it’s when something goes wrong with the scoring that Purdue finds itself vulnerable. All three of the Boilers’ defeats have one key common thread: Purdue scored less than 70 points in all of them. The Boilers are 20-0 when they get to that plateau, yet have not won when they get held to less than that number. Purdue had a comfortable win in place over Illinois but had to work for it after letting the Illini get back in the contest. Having the killer instinct would go a long way to get the kind of result the Boilers need to get back to first place.

Kofi Cockburn doesn’t lose too many battles in the Big Ten, but he came up second-best against Zach Edey in the first meeting, mainly because the Illinois center only ended up playing 22 minutes, didn’t shoot or rebound well when he was in, and fouled out at the start of overtime. Without Cockburn on the floor, it was only a matter of time before Purdue pulled away and claimed victory.

This time, Cockburn has to be the aggressor without fouling out and has to be effective when he’s actually on the court. Illinois did get solid guard play against the Boilers last time, but this team is a team effort built around Cockburn. If he’s getting the job done, the Illini are going to be at their best. When he’s not on the floor, this team is very vulnerable.

In Stefanovic, Jaden Ivey, and Trevion Williams, the Boilers have three shooters who can take over a game at any point and a center in Edey who controls the paint as well as anyone in the nation. The Boilers also rebound it well, actually winning the rebounding battle against Illinois in Champaign. That was partly because Cockburn was on the bench with foul trouble, but Purdue is talented enough on the glass to do it again. The Boilers are also a fairly deep team and can wear down Illinois over time.

Illinois will Cover If: The Fighting Illini can keep Cockburn on the floor. Playing 22 of 50 minutes just was not enough for the Illinois center. Cockburn has to actually win the battle with Zach Edey to overcome Purdue’s advantage at the other positions. If he doesn’t, Illinois will have a hard time staying close.

Purdue will Cover If: The Boilers can again neutralize Cockburn in some way, whether that’s good defense on him or getting him anchored to the bench. Purdue has the talent advantage that comes with great guard play, and the Boilers need to use it here.

When Purdue gets over 80 points, it has not lost. So if you’re backing Purdue, it only makes sense to throw in the Boilers’ team total of over 77 as well.

The Boilers have the deeper team and should have too much for Illinois here. The Illini just aren’t as effective when Cockburn isn’t effective, whereas the Boilers can lose one guy’s effectiveness and just plug in someone else.

I think Purdue gets it done at home. Give me the Boilers. Bet your NCAA basketball picks for FREE this week by taking advantage of a 100% real cash bonus on your first deposit of $100 to $300 at MyBookie Sportsbook! (Must use bonus code PREDICT100).