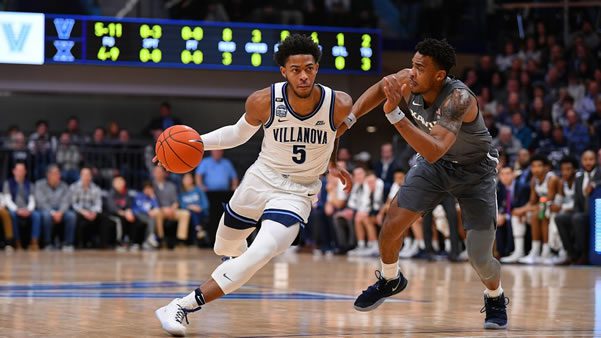 Neither team has played this season.

It’s the first time on the bench for new coach Kyle Neptune, who became the Villanova leader after Jay Wright’s shocking decision to retire at the age of 60. Neptune was the first lieutenant to Wright from 2013 to 2021, earning a pair of national championships, but he has only spent one season as a head coach after going to Fordham and going 16-16. With Wright’s assistants not exactly having a great track record of success after leaving him, is he ready to take over in this situation?

That question becomes even more pressing, given the man on the other bench. LaSalle fired former Wright assistant Ashley Howard in March and hired the man whose name is synonymous with Philadelphia college basketball: Fran Dunphy. Until Temple forced him out after the 2019 season, Dunphy spent 30 years on the scene in Philadelphia, coaching Penn and then Temple before moving to his third Big Five school. The Explorers haven’t been relevant since making the Sweet 16 in 2013, and even at 74, it’s hard to find a coach better or more experienced than Dunphy. Villanova will, of course, have a talent edge, but can LaSalle’s coaching experience lead them to keep this game interesting?

This might get worse before it gets better overall because LaSalle saw its two top scorers, Clifton Moore and Jack Clark, dive into the transfer portal and emerge at Providence and NC State, respectively. Given that this already wasn’t a deep team, it’s going to be even harder for LaSalle to get itself back on track. For the Explorers to keep this close, Josh Nickelberry has to step up and make some shots.

The good news for LaSalle is that Nickelberry and Jhamir Brickus are both fairly accurate 3-point shooters and should be able to find a few decent looks at the hoop. The bad news is that Villanova specializes in taking teams out of what they want to do, but this is also where Dunphy shines on the bench. He has been going up against Villanova teams for 30 years, and the Wildcats aren’t likely to fix what isn’t broken with Neptune taking over a Final Four team. Villanova will look a little different than in past years but should still be pretty similar to the Wright teams that Dunphy has seen for years.

The last time we saw Villanova, the Wildcats were getting bludgeoned inside by national champion Kansas at the Final Four. Villanova was also playing shorthanded after Justin Moore tore his Achilles, but the Jayhawks played Villanova so well that even a healthy squad might not have done much of anything against Kansas.

This Villanova team is very much in transition and very much built around shooters and defense. The Wildcats love to get out on the perimeter, wait for the open look, and fire away, which is something that should be available against LaSalle. The Explorers’ defense should be better under Dunphy, but he’s not a miracle worker. LaSalle has not defended the 3-point shot very well over the past few seasons, and adjusting to Villanova’s guard-heavy offense is a tough task for any team. When facing a team that doesn’t defend the 3-pointer very well, it’s likely going to be a game where Villanova fires away at will.

LaSalle will Cover If:

The Explorers can keep Villanova off the free-throw line. LaSalle is going to give up some 3-pointers to the Wildcats, and there’s likely nothing they can do about that. But they can keep Villanova from getting to the free throw line, and they’ll have to in order to stay in the game. If they give up a lot of cheap points, they won’t have much of a hope.

The Wildcats get off to a hot start. The key to this game for Villanova is the first 10 minutes. In a Big Five game, the underdog is always hyped to play and comes in with nothing to lose. Villanova has to establish right away that it’s the better team and that LaSalle isn’t going to be able to hang around.

Which matters more, players or coaches? If it’s the players, Villanova will win this game fairly easily. If not, the Explorers have a chance. Dunphy knows what he’s doing on the bench because he has done it for so long. That could keep this game interesting, especially given that LaSalle has covered in four of its past five meetings with Villanova. I’ll back the Explorers and the points. Did you know… We also offer free daily NBA picks!

Off an 0-3 Monday, Kyle Hunter looks to bounce back today. Kyle's 12-5 his last 17 college hoops plays, and an eye-popping 94-54 last 148 plays overall. Clients have been cashing in over the last few months. This CBB Hidden GEM is WAY off most people's radar but there is good value here. Grab this GEM and win today