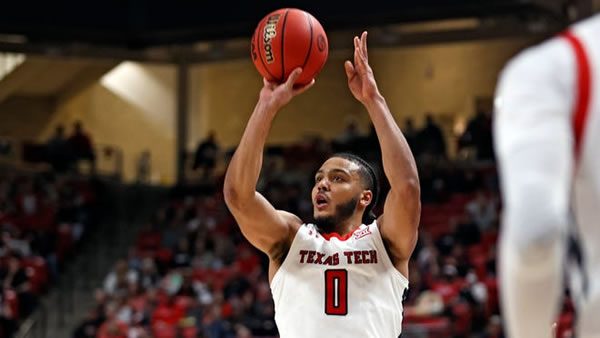 Point Spread: TEX +4.5/TTU -4.5 (Bovada - These guys can get your credit card to work for deposits and they’ll give you a 50% bonus up to $250 FREE! They have the BEST live wagering platform on the web! A must have in your sports betting arsenal!

This is the game that west Texas has been waiting for, as Chris Beard makes his return to Texas Tech after spurning Lubbock for Austin. Considering that Texas is on its way to the SEC in the near future, this is going to be one of the only chances that Lubbock gets to register its displeasure, which could make for an incredibly hostile environment that the Longhorns are walking into.

They’re also going to be facing a talented team that does all the same things they do and frankly does them better. Texas Tech is still operating the same way under Mark Adams that it did under Beard, and Beard had the Red Raiders a lot further along in his and Adams’ systems than the Longhorns currently are. Texas Tech has been almost unmatched in the Big 12 for defensive prowess, but the Red Raiders can also score when the situation demands it. That’s more than you can say for the Longhorns, who still have not won a game when the opposition has scored more than 60 point this season. This game isn’t likely to feature much scoring either, but there’s a real problem here for Texas: the possibility that Texas Tech just does this better than they do.

Texas was already a defense-heavy outfit under Shaka Smart, and it’s become even more of that under Beard. Timmy Allen is the only one who really shoots well and plays consistently, and he only averages 11.8 points per game. The rest of the Longhorns haven’t done much on offense, as Texas prefers to hold down the score, slow the game down and try to wear you down before getting out with an ugly victory.

The Longhorns give up the fewest points in the nation, although that’s a tad skewed because they’ve played some rather weak offenses to this point in the year. Still, relying on the defense to do the job is plan A, B and C for the Red Raiders, and they’re going to need to slow the game down and make sure they make their shots to get a result here. The problem is, they’re playing a mirror image of themselves — and one that’s been doing this for several years longer than they have.

When Texas Tech hits its shots, it’s a very dangerous team. The big question is whether the Red Raiders can actually take smart shots, because they’re only really good shooters inside of 15 feet. They don’t hit their free throws (outside of Terrence Shannon) or 3-pointers (outside of Bryson Williams), but when you only give up about 60 points per game, you don’t really need to score a lot of points.

The problem for the Red Raiders is that when things get difficult, they have a tendency to turn the ball over a fair amount. Against Iowa State and Kansas State, the Red Raiders averaged 15.5 turnovers for the game, leading to Texas Tech losing both games. But those situations both took place on the road, where the Red Raiders only have one win on the year. At home, however, Texas Tech has been almost invincible, going 13-0 in Lubbock this season.

Texas will Cover If: The Longhorns can get to the free throw line. Texas Tech does have a tendency to foul a fair amount, which allowed Iowa State to make a brief run in Lubbock before the Cyclones ultimately succumbed in that game. If Texas can drive the lane and get foul shots, they should be able to cover.

Texas Tech will Cover If: The Red Raiders can lock down defensively and avoid letting this become a free throw contest. Unlike Texas, Texas Tech does not shoot all that well from the charity stripe, so the Longhorns won’t mind sending the Red Raiders to the line. That should allow the Longhorns to play aggressively, as points will be at a premium. Texas Tech needs a tough defensive performance to ensure that it can get the most out of this matchup.

Even though 121 is a low number, these teams play so slowly and are so aggressive on defense that it just looks like the kind of number that these teams can stay under. I don’t love taking the under with a low total, but it seems there isn’t a lot of choice to make here.

Texas Tech badly wants this game and has been lying in wait for the Longhorns ever since Beard left for Austin. I can’t see them blowing this, even with their offensive struggles. I’ll take the Red Raiders at home. Bet your NCAA basketball picks for FREE this week by scoring a huge 100% REAL CASH bonus on your first deposit of $100 to $1000 at Betnow Sportsbook!