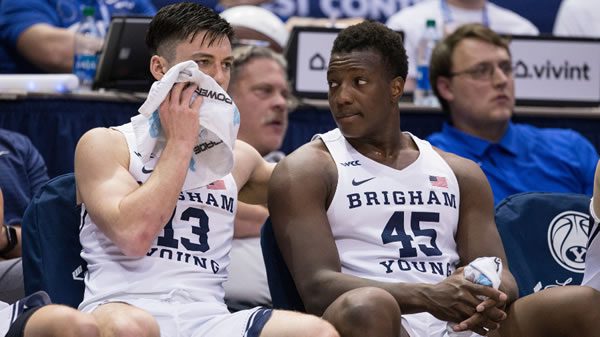 The Loyola Marymount Lions come into this matchup with an overall record of 11-17. On the season, the Lions have struggled in WCC action. Through 16 games, the Lions are 9th in the conference with a record of 4-12. Not only is Loyola Marymount struggling in the WCC, but they also have a below .500 record on the road or at neutral sites, sitting at 5-10. However, heading into this matchup, the Lions are looking to stay hot, as they try to add to their current 2 game win streak.

The BYU Cougars get set to host the Lions with an overall record of 21-9. On the season, the Cougars have performed well in their 15 conference games, posting a record of 9-6. This mark is good for 5th in the WCC. Like their opponent, the Cougars are on a two-game win streak as they look to advance in the conference tournament.

Heading into the game, Loyola Marymount has relied on Eli Scott, who is averaging 17.1 points per game. Scott is also the team leader in rebounds at 6.5 per game. Behind him is Joe Quintana at 13.1 points per contest. On the season, Quintana has served as the team’s best three-point shooter at 44% shooting from outside.

On the other side, BYU has benefited from the strong play of Alex Barcello at 17 points per game. Throughout the year, Barcello has been hot from outside, connecting on 44% of his three-point shots. Behind him is Te’Jon Lucas at 10.8 points per game.

For the season, the Loyola Marymount Lions are averaging 69.5 points per game, good for a rank of 190th in the NCAA. When playing on the road, the Lions’ scoring average drops to 65 points. On the other side, the BYU Cougars are the 98th ranked scoring offense, averaging 73.1 points per game. For the year, the team is above the NCAA average in effective field goal percentage, sitting at 51%.

Heading into the game, BYU holds the advantage in both offensive and defensive efficiency. Compared to other NCAA teams, Loyola Marymount is ranked 324th in points per possession as their opponents are averaging 75 points per 70 possessions (NCAA Average). Look for BYU to take advantage of playing the Lions as they are one hitting 35% of their three-point shots for the year.

The BYU Cougars have been in a bad habit of playing close games as of late. Would you believe that their last six games away from home have a combined total point margin of 18? I like LMU to stay within the number here.