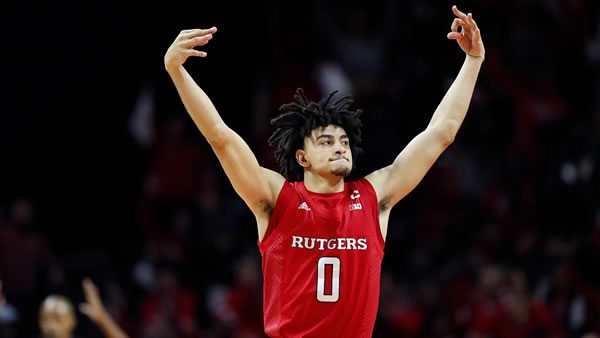 Both teams could have made their lives much easier by winning a game at their conference tournaments, but both had the misfortune to run into their league’s eventual champion in their first game, leading them to fall to this game. If you go by the metrics, Rutgers simply doesn’t have the offense to keep up with Notre Dame, as the Scarlet Knights rank outside the top 100 in offensive efficiency and just don’t produce the kind of points needed to deal with the Irish when their shots are falling.

But when the shots don’t drop for the Irish, they can be easily beaten. Notre Dame prides itself around making its 3-point attempts, as the Irish rank 18th in the nation in 3-point percentage and share the ball well. But whether that’s enough against a Rutgers squad that came through a tough Big Ten and averages over seven steals per game is anyone’s guess. A lot will come down to whether Notre Dame can get its looks to go down.

The biggest concern with Notre Dame is whether the late-season stumbles were a result of running into a hot Virginia Tech squad or whether there’s a bigger problem going on here. Notre Dame lost its final three games away from home, and while there’s nothing wrong with losing to Virginia Tech on a neutral floor or Wake Forest away, losing at Florida State this season is a cause for concern. Worse is the way that the Irish lost to the Hokies; Virginia Tech was able to score 87 points at a slow pace because it shot 57% from the floor.

The other big concern is what happens when the shots don’t go down. We got an answer to that in a home loss to Duke that saw Prentiss Hubb, Nate Laszewski and Cormac Ryan shoot a combined 4-for-20 and 1-for-11 from deep. The result was a 57-43 loss to Duke in which the Blue Devils didn’t even play that well, yet still won easily. When it’s bad, it can get bad in a hurry for the Irish.

For some reason, a lot of analysts are dismissing Rutgers as a home-court hero. It’s true that the Scarlet Knights play better at the RAC, but they also won at Wisconsin and Indiana in February to land them the No. 4 seed in the Big Ten tournament. This is not a deep team, as it regularly has four starters play more than 30 minutes, but it is one that’s tough to play against. Rutgers doesn’t give up a lot of good looks from the field, preferring to grind out games and keep teams in the 60s or lower.Plus, even though they don’t score a ton as a team, the players they count on most can all put the ball in the basket. Ron Harper Jr. and Paul Mulcahy combined for 39 points in the win at Wisconsin, and the Knights get solid contributions from Geo Baker and Clifford Omoruyi on a regular basis. As long as someone is doing the scoring that night, Rutgers believes its defense is good enough to take care of the rest of the details.

Notre Dame will Cover If: The Fighting Irish can get their shots dropping from the opening minute. If Notre Dame gets off to a good start, that breeds confidence and gets the entire team rolling. If not, it will be very difficult to build any momentum.

Rutgers will Cover If: The Scarlet Knights can deny good looks at the basket. Rutgers doesn’t have to go win the game as much as it needs to make Notre Dame lose it. The Scarlet Knights will get their points; they just need to make sure they only need about 65 rather than 75 to win this game.

Playing this late and playing Rutgers’ stingy defense tends to lend itself to under territory. This is a situation where the Scarlet Knights will try to squeeze the life out of the game, and I think the total will slide under.

Rutgers has defended better teams than Notre Dame in the Big Ten and has played against tougher competition down the stretch. Plus, I’m worried about the way Notre Dame finished the season, as I don’t think the Fighting Irish are strong enough to get on a run here and get into the main draw.
Bet your ND/Rut pick and ALL your March Madness bets for FREE this week by taking advantage of a 100% REAL CASH bonus on your first deposit of $100 to $1000 at Betnow Sportsbook!
I’ll take Rutgers to get the job done here.