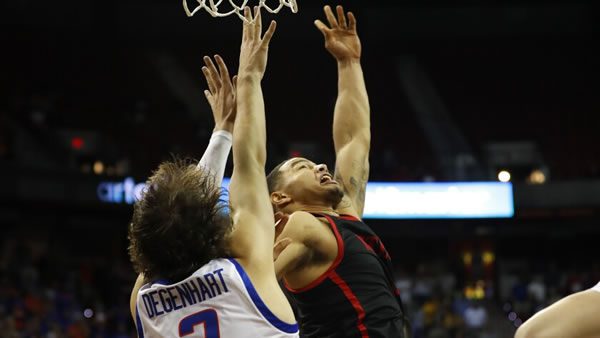 Memphis
Emoni Bates: Back (OUT)

Boise State
Boise State has no reported injuries at this time.

The Memphis Tigers come into this matchup with an overall record of 21-10. On the season, the Tigers are 6-4 when playing opponents outside the conference. On the season, the team went 3-2 in games played at neutral sites. Over their last 5 games, they have played above .500 basketball, holding a record of 4-1.

The Boise State Broncos get set to host the Tigers with an overall record of 27-7. On the season, the Broncos have performed well in their 13 non-conference games, posting a record of 9-4. When playing at neutral sites, Boise State went 4-1. Heading into this matchup, the Broncos are looking to pick up their 4th straight win, including winning the Mountain West Conference Championship game over San Diego State.

Memphis comes into this matchup as the more efficient scoring team. In games played with this advantage, the Tigers have a record of 15-6 on an average scoring margin of 9.0 points. Even though Boise State trails Memphis on the offensive end of the court, they enter this game holding the edge on defense. So far, the Broncos are 23-7 with an edge in defensive efficiency. In these games, they hold an average scoring margin of 8.0 points.

For the year, the Tigers are well below the NCAA average in percentage of points from made three-point shots, sitting at just 25.1%. On the other side, the Broncos have been a very balanced scoring unit, with 31.6% of their scoring coming from downtown.

The Memphis Tigers are super athletic but lack the discipline and poise necessary to beat an underrated Boise State Broncos team that has excellent players that play team basketball. Wrong team favored! Give me the Broncos at +2.5 all day long! Bet your Mem/BSU pick and ALL your March Madness Tournament wagers for FREE this week by taking advantage of a 100% REAL CASH bonus on your first deposit of $100 to $1000 at Betnow Sportsbook!