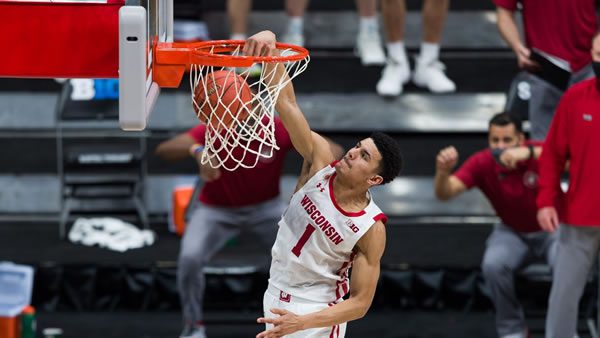 Point Spread: MIST +3.5/WIS -3.5 (BetNow - Offers the biggest real cash sportsbook on the web! They’ll match you dollar for dollar on your first deposit up to $1000!)

Wisconsin looked like more of an afterthought in the rugged Big Ten than a genuine contender earlier in the season, but the Badgers have proven that they belong and are now sitting in a first-place tie with Illinois and a half-game ahead of Michigan State. The Badgers come into this one as winners of seven straight and have covered in their past five contests, even if they haven’t always made it look all that easy.

But at least the Badgers have been racking up wins in their tight games, whereas Michigan State finally got tripped up by its tendency to live dangerously. The Spartans have failed to cover in three straight games and managed to lose by two at home to Northwestern after narrowly escaping from Minnesota. Michigan State might be sitting at 5-1, but the Spartans certainly haven’t looked dominant this season outside of a win at home over Penn State. Other than that game and a win over hapless Nebraska, none of Michigan State’s league wins have been by more than eight points.

And that’s one of the main reasons why the Spartans are getting points as they make the trek to Madison. There’s also the fact that Michigan State has lost its past two meetings with the Badgers, as Wisconsin survived in Madison pre-pandemic and then beat the Spartans in East Lansing behind closed doors on Christmas last year. The teams haven’t played each other since then, and with the winner likely to be in first place along with Illinois after this game, this is likely to be a battle from start to finish.

Right now, something is wrong with Michigan State, and it’s hard to put a finger on exactly what. Statistically, the Spartans are playing fairly well, hitting shots and winning the rebounds on most nights. Yet they’re allowing lesser teams to hang around and even beat them, and they managed to lose to Northwestern in a game where the Wildcats weren’t hitting much of anything from anywhere. Northwestern shot just 34 percent from the field in the win, not exactly the kind of number that usually gets you victory against a good team.

The problem is that the Spartans committed 17 turnovers and let themselves get outfought by the Wildcats. Only Gabe Brown and Julius Marble II hit much of anything for the Spartans in that game, with the rest of the night summed up by Joey Hauser’s completely ineffective night. Hauser was supposed to be a key player when he arrived in East Lansing, but his unaggressive play has left a lot to be desired. With how the Spartans are letting teams hang around, that could be said about a lot of the Michigan State roster.

At first glance, it’s hard to see how Wisconsin is doing this. On paper, the Badgers really don’t seem to do anything all that well. They don’t shoot the ball that effectively, they don’t win games from the perimeter, and their rebounding is only middling. But the one thing that the Badgers consistently do well is refusing to beat themselves. Wisconsin only turns the ball over about eight times a game, and it goes a long way that Johnny Davis and Brad Davison are taking over games as of late.

Davis, in particular, had his breakout game against Purdue when he scored 37 in that contest, and the Badgers seem to be following his lead. Wisconsin is actually playing up-tempo this season, and the Badgers are still getting high-quality shots when they push the tempo. With Davis playing like a star, the rest of the Wisconsin lineup has seen a lot of good looks.

Michigan State will Cover If: The Spartans can take care of the basketball and show some fight inside. Michigan State hasn’t really shown that it knows how to fight at this level, and if it doesn’t show up in Wisconsin, then we might need to ask real questions about them.

Wisconsin will Cover If: The Badgers can force some early mistakes. Wisconsin plays smart, disciplined basketball, and if the Badgers can force their opponents into mistakes, they usually find a way to win the game. The easiest way to keep Michigan State from taking over is to hit them early and keep the negative momentum for the Spartans rolling.

Wisconsin has cashed seven straight overs, and people still don’t believe in the Badger offense. This might be the last time to get the Over at a good price for the Badgers before things get crazy.

With Tom Izzo ripping his team after the loss to Northwestern, it’s hard to trust Michigan State right now. I get the feeling that the Spartans are the more talented side, but the Badgers are the better team right now. Throw in that it’s at home, and I want Wisconsin. Note: NFL playoffs betting resumes tomorrow! Instead of re-depositing at your bookie and receiving NOTHING, please consider checking out one of the many 100% real cash bonuses offered from our site sponsors at our best bonuses page!