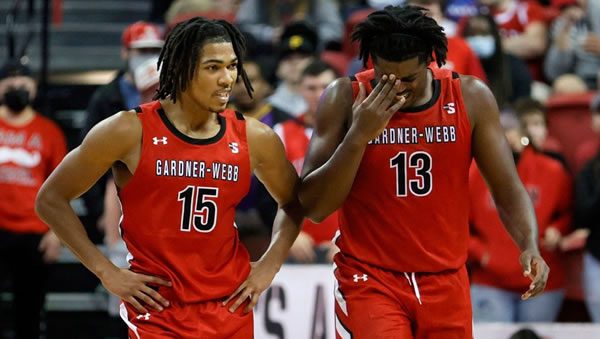 If you’re looking to watch some basketball in the middle of the night, this matchup’s got you covered. UNLV is off to a 3-0 start, but the Runnin’ Rebels really haven’t proven that they can take down good teams, as they’ve only managed three narrow wins against North Dakota State, California and Gardner-Webb.

That might not be nearly enough preparation for the likes of Michigan, which was an Elite Eight team a year ago and appears capable of making a return to that level and beyond. The Wolverines are coming off a surprising home loss to Seton Hall, but the Pirates are looking like they might turn out better than anyone expected. Plus, Michigan only shot 20 percent from beyond the arc in that game, and the Wolverines are likely to play a lot better in future contests. Getting a result against UNLV would be an excellent way to get themselves back on track and ready to face off with North Carolina, which the Wolverines have coming at the start of next month.

If there’s one lesson that Juwan Howard has apparently learned in his time as an NBA assistant coach before coming to Michigan, it’s that there’s no need to fix what isn’t broken. Howard inherited an excellent program in Ann Arbor that’s based on defense, and while he plays at a faster tempo than former coach John Beilein did, his program is still based on playing excellent defense and frustrating opponents.

The Wolverines did that well last season and have continued it this year. Even though they lost to Seton Hall, that was because of a bad shooting night as opposed to a letdown on defense. The Pirates shot just 40 percent for the night against the Wolverines, and if Michigan’s 3-point shooting had been anywhere close to normal, the Wolverines would have emerged victorious. That does display the one real weakness that Michigan has: this team can’t really shoot itself back into games if it falls behind. Michigan prefers to attack with twos, not threes, which can lead to trouble if the defense does have an off-night.

For UNLV, the most important letter in 2021 has been H: Hamilton and Hamm. Bryce Hamilton has taken over as the Rebels’ leader on offense by averaging 17 points per game in the early going, and Royce Hamm Jr. has been one of the best rebounders in the nation not named Oscar Tshiebwe, grabbing 41 rebounds in three games. Given how important rebounding is to Michigan, Hamm’s interior play will be critical in this game, as extending possessions is easily the most proven way to find success against Michigan.

Hamilton isn’t your typical scoring guard, as he doesn’t shoot well at all from behind the arc. So far, he’s only hit one of every six triples that he’s taken, yet he’s still been UNLV’s top scorer in every game the Rebels have played. That could be a product of weak opposition, but UNLV does have a win over a Pac-12 squad, so there’s a chance the scoring is legitimate. Hamilton was one of the Rebels’ best offensive players a year ago, but that was also a 12-15 team.

More Picks: Get Collin’s Mavs vs. Suns Pick Against the Spread

Hamm can keep Hunter Dickinson from dominating inside. Why did Michigan almost beat Seton Hall despite anemic 3-point shooting? Simple: Dickinson scored 18 points and grabbed nine rebounds. The Michigan big man is a nightmare matchup for almost everyone, and if Hamm can’t keep him away from the glass, this will not end well.

This style of gameplay lends itself to an under. Neither team shoots the 3 well and Michigan is very defense-heavy, which should make it tough for UNLV to get much of anything going at the offensive end of the floor.

Even though the game’s in Las Vegas, I don’t see the Wolverines having much trouble here. UNLV has not looked impressive in three games played this season, and the Wolverines are coming in angry off of a loss that could have easily been a victory. This is the perfect opponent to take it out on; give me Michigan. Did you know… That you don’t have to lay -110 odds on your bets anymore? Imagine how much money you’d have saved over the last year if you had bet your games at -105 odds! You’d have saved $5 for every $100 you tried to win! Make that thought a reality by taking five minutes to make the switch to BetAnySports Sportsbook! You’ll be so glad you did!