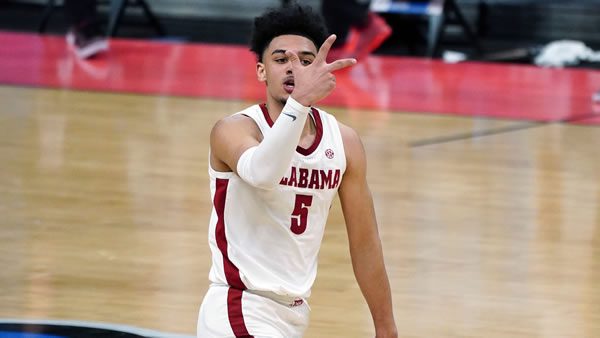 Point Spread: MSST +6/ALA -6 (SportsBetting.ag - One of the players favorites!)

It’s pretty rare that a team with actual NCAA tournament aspirations comes into February without a single win on the road, but that’s exactly where Mississippi State is. The Bulldogs have had a few chances at getting that elusive road victory (namely an overtime loss at Kentucky), but they are yet to find any success outside of Starkville. To make matters worse, they find themselves heading in the wrong direction, having lost four of five with the only win coming against a weak South Carolina squad.

Alabama isn’t really in any danger anymore after picking up wins in its past two games, including one over Arkansas. The Crimson Tide have a couple of really bad losses on the resume in Missouri and Georgia, but they also have wins over Gonzaga and Baylor to balance things out. At the same time, that shows just how wide the range of outcomes is between the Tide’s ceiling and its floor. Alabama has the talent to beat anyone in the nation, but the Tide also have the ability to get picked off by anyone in the nation if things aren’t going well.

When things go according to plan for Mississippi State, the Bulldogs get a lot of good shots inside the arc. Mississippi State’s roster is full of players who shoot mid-range shots well and can cause real problems for defenders whenever they find some open space. On the perimeter, however, not so much. Perhaps nobody better embodies the contrast between inside and outside shooting than Iverson Molinar, who shoots 48.6 percent overall, hits 89.5 percent from the line and leads Mississippi State in scoring. The problem is that Molinar shoots a mere 29.4 percent from the 3-point arc and takes by far the most shots of anyone on the Bulldogs’ roster.

In the most recent game against LSU, Mississippi State took 53 shots, and 18 of them belonged to Molinar, who cashed in on seven of his opportunities. The Bulldogs don’t really have a secondary scorer beyond him, so if he’s not getting his looks from inside 20 feet, it’s really not going to work for them.

The number of games where you can commit 24 turnovers and get a win can be counted on one hand, and it’s even rarer to get a win when you commit 24 turnovers and shoot 43 percent from the field. Alabama won against Arkansas because the Tide locked down on defense, holding the Razorbacks to just 31.4 percent from the floor. That’s a dangerous way for Alabama to play because the Tide plays so quickly that opponents are going to get a ton of possessions, but it had to be done because of how many mistakes Alabama made with the basketball.

When the Tide do take care of things, they’re a lot like Mississippi State: good shooters from the interior, not so great from deep. Alabama can put up a lot of points in a hurry, but that’s more because the Tide push the ball, not because they hit a lot of deep shots. Alabama gets wins simply by playing a style that’s tough for teams to play against, even when JD Davison and Jaden Shackleford aren’t hitting shots.

Alabama will Cover If: The Crimson Tide can actually take care of the ball instead of playing the way they did against Arkansas. Nate Oats said it and he’s right: the Tide can play a lot better than they did against the Razorbacks. Alabama has to take good shots and not give away possessions.

Mississippi State should be able to handle playing to Alabama’s liking, which means that this total could be a little too low. If the Bulldogs shoot even a decent percentage, this game should hit 150 fairly easily.

The thing that gives me pause with Alabama is that I don’t know if the Tide’s play against Arkansas was a blip on the radar or a sign of things to come. If Alabama plays that way again on offense, it’s going to lose. Given how Mississippi State needs this game and can force turnovers, I’ll take the Bulldogs and the points. Bet your MSU/Bama pick and ALL your college hoops predictions this week for FREE by taking advantage of a 100% real cash bonus on your first deposit of $100 to $1000 at Betnow Sportsbook! It’s the absolute best sportsbook bonus you’ll ever find on the web from a legit sportsbook!