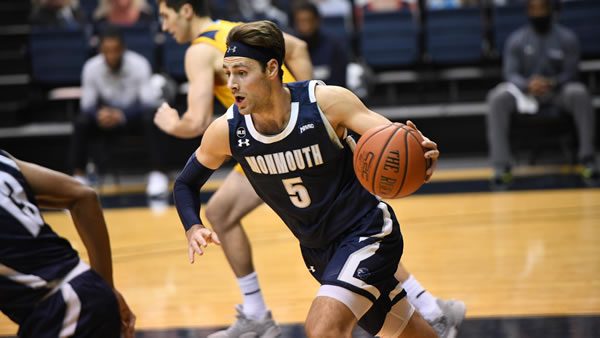 Point Spread: MONM +1/Yale -1 (Find the best odds >>> It’ll save you hundreds a dollar per year to shop for the best lines/prices!)

In Tuesday NCAA action we have the smoking hot Monmouth-NJ Hawks visiting the Yale Bulldogs at John J. Lee Amphitheater. The host Bulldogs are a -1 point spread favorite with the total line offered up 147.

Monmouth knocked off Pittsburgh 56-52 as a -1 road favorite, The 108 total points scored fell well short of the 136.5 Over/Under line. The victory was the eighth on the season to go with two losses and the point spread cover kept the Hawks perfect ATS with a 10-0 record on the season.

The Bulldogs are coming off an embarrassing 14-point loss to Iona as a +5.5 underdog. The 168 combined points scored crushed the 143.5 O/U line. The loss moved Yale’s record back to .500 and the spread loss dropped them to 4-7 versus the number.

How is the Public Betting?

With a 10-0 spread record, it is no surprise that the public is two-fisting the Hawks with approximately 70% of the spread bets. The total is being basically bet even with only a slight lean to the Over.

This is a square pick for sure and it wouldn’t shock me if Yale came up big here. That said, Monmouth has beaten some solid teams this season. They took down Cincinnati as an 11-point dog and smoked a decent Princeton team by 12 points. They have lost just two games on the season. One was their season opener battling back from a 14-point deficit to lose by two to Charlotte and the other a five-point loss to a very good St. Johns team closing to within two with inside of a minute left. Yale is 4-1 at home this season but didn’t beat much.

Rich Crew’s Pick ATS: Take Monmouth-NJ Hawks +1. Bet your college basketball picks for FREE this week by taking advantage of a 100% REAL CASH bonus on your first deposit of $100 to $300 at MyBookie Sportsbook! (Must use bonus code PREDICT100).