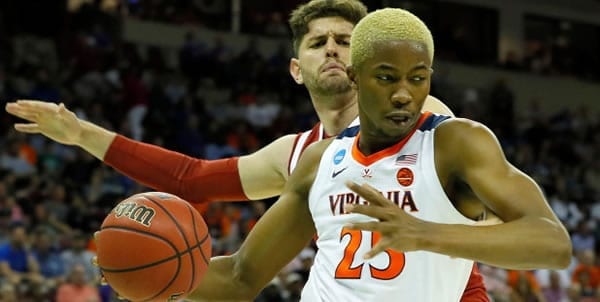 Boy does North Carolina not want to see any more of the Big Ten. The Tar Heels looked like they were on their way to another excellent early start to the season until Michigan exposed them in Atlantis. Ohio State finished the job that Michigan started by clamping down on the Heels and handing them their second-worst loss ever in the Smith Center, a building that has stood since 1986.

Making matters worse for Carolina is the fact that Armando Bacot was hurt in the loss to the Buckeyes and will be on the shelf for several weeks, leaving the Heels without their leading rebounder. Whether there are any other lineup changes remains to be seen. Williams benched his starters during the Ohio State game largely because he didn’t like what he was seeing from them, and he’s now had three full days to stew over the loss. This might be a situation where we see a totally different Carolina squad.

More Picks: Get all of our handicapper’s Week 14 NFL Predictions Against the Spread >>>

Virginia can always play defense because nobody emphasizes defense better than Tony Bennett. But when the Cavaliers run into an opponent who knows how to play their style, as they did against Purdue, the whole thing collapses if the Cavs can’t shoot, and this year’s team doesn’t seem to be able to do much shooting. The numbers back that up. Virginia has held teams to less than 50 points six times this season but has only broken 60 points three times this year. With no Braxton Key available, the points fall to Mamadou Diakite, and he’s received virtually no scoring help. Jay Huff is the only other Cavalier averaging double figures, and that’s not enough to get the job done.

Mindsets. How do these teams approach this game? Both squads got hammered on Wednesday, and neither side has played a game since those ugly losses. Both coaches are sure to have hit their teams hard in practice, and it’s a matter of who responds and how well they respond. Whichever squad can play something closer to its game will emerge victoriously.

The Tar Heels can push the tempo and get Virginia out of sync. North Carolina doesn’t do well when it’s forced to play at a slower speed, so the Heels have to hit shots and get the game moving at their pace. If they have to play shot for shot with Virginia, this will not end well.

The Cavaliers can force North Carolina into one shot per trip. Ohio State showed that when you get Carolina out of its comfort zone, it becomes quite beatable. The Heels have struggled to find that second option besides Cole Anthony, and if Virginia can keep Carolina from getting anything from its other options, this game is winnable.

Both teams are reeling, but Virginia plays better defense than Carolina does, and the way that the Cavaliers lost isn’t something that the Heels can replicate easily. North Carolina lost because of outstanding defense from Ohio State, and that’s something that Virginia has been known for, ever since Tony Bennett arrived in Charlottesville. It isn’t easy to pick either team after Wednesday, but Virginia appears to be in better shape than Carolina because it has defense figured out. Give me the Cavaliers.