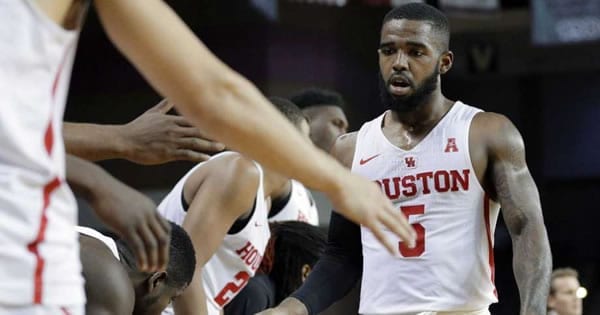 The Buckeyes played a fantastic game in their first-round matchup and were awarded with an upset win and a chance to play for the Sweet 16. The Buckeyes are one of four double-digit seeds remaining and are hoping to continue their impressive run. It should be noted that the late season push started with the return of Kaleb Wesson and will only continue into next week if he can play at an elite level. The Big Ten has been the most dominant conference so far, and the Buckeyes will need to continue that trend if they want to keep their National Championship hopes alive.

Looking for more game analysis? Get all of our of our handicappers right here>>> March Madness Picks

The Cougars have had a fantastic year, losing only three times with all three losses coming to tournament teams. They lost in their conference championship to Cincinnati but bounced back in a huge way when they destroyed Georgia State in the first-round. Now as one of the two teams left from the American Athletic Conference, look for them to show the rest of the country why they are a three seed and can be a National Championship contender.

Ohio State Will Cover the Spread If:

They continue to have a balanced scoring offense. In their first-round game, three different guys scored in double figures, but after that their highest scorer was 5 points. Houston is one of the best teams in the country in defense, making a balanced offense crucial to winning this game. We know that Wesson will get his stats, considering he leads the team in points, rebounds, field goal percentage and blocks. However, the main question is who will be the guy to provide scoring other than Wesson. Based on his most recent performance, Keyshawn Woods looks to be this guy. He may have averaged just 8 points in the regular season, but has been hot as of late, scoring 19 in the Iowa State game on 7 of 16 from the field. More importantly, he was 3 of 6 from beyond the arc, which is another huge factor for teams trying to pull off an upset.

TIRED OF YOUR CREDIT CARD NO WORKING AT SPORTSBOOKS? IT WILL AT Bovada! + 50% BONUS UP TO $250 FREE!

Houston Will Cover the Spread If:

Their defense continues to be elite. As mentioned, the Cougars have produced staggering defensive numbers all throughout this season. They are 7th in the country allowing only 61.1 points per game. Also, they are the best team in the nation in limiting their opponents’ shots, allowing 36.5% from the field and 27.5 percent from three-point range. Houston showed how good they are when they allowed Georgia State to shoot 30% from the field and 26.1% from long range. Granted they played a less talented team in the Panthers from the Sun Belt, but even still to be that dominate on the defensive end can undoubtedly mean a deep run is coming.

First off, except a relatively low scoring affair in this second-round game. Neither team has been very consistent scoring the ball, especially the Buckeyes, who only score an average of 69.4 points per game. MyBookie has Houston giving up 5.5 in this game, and because of their elite defense, I like them to win this game by a much larger margin than expected.