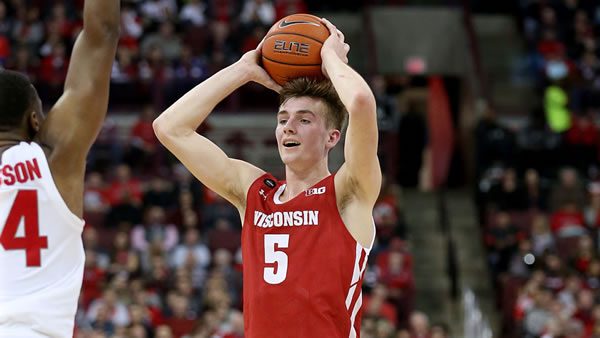 The Penn State Nittany Lions hit the road to take on the fast-falling Wisconsin Badgers, who have lost three consecutive games. The Badgers, nevertheless, are the favorites for this game are a -3.5 favorite for this game with a total line of 129.5

This game opened at some betting shops as low as Wisky -1.5 but has now risen to -3.5 with just moderate public backing. The total line hit the CBB board at 129.5 and hasn’t budged.

Penn State picked up a victory over Indiana by a score of 85-66. Heading into the game, the Nittany Lions were favored to win, with a point spread of -2. The combined 151 points finished above the 142.5 total line.

Wisconsin most recently fell to Indiana (63-45). Not only did the Badgers lose straight-up, but they picked up an ATS defeat as +5 point underdogs. The combined 108 points did not surpass the 136.5 total line.

Penn State
Over their last five games, Penn State, has a straight-up record of 3-2 while going 2-3 vs. the spread. Over this stretch, the Nittany Lions offense averages 72.0 points per game while hitting 46.4% of their shots from the field. On the defensive end of the floor, they have allowed opponents to shoot 43.7% from the field while allowing 69.2 points per contest.

Wisconsin
In their previous five contests, Wisconsin is 2-3 straight-up and 0-5 vs. the spread. In these five games, they have a scoring average of 63.6 points per game on a shooting percentage of 43.4%. Defensively, they allow teams to hit 47.1% of their shots while giving up 67.4 points per game.

How Does Penn State Fare On The Road?

For the season, the Nittany Lions have played five road games and have a record of 2-3. In these contests, Penn State is 3-2 vs. the spread. Offensively, they have averaged 72.8 points per game on a shooting percentage of 43.7%. On defense, the Nittany Lions allow 71.2 points per contest when playing away from home. So far, opposing teams have a field goal percentage of 43.8% in these games.

How Does Wisconsin Fare At Home?

For the season, Penn State is averaging 64.6 points per game (391st) while posting an overall field goal percentage of 43.2%. In today’s game, they will be matched up against a Wisconsin defense that has allowed an average of 62.9 points per contest. This year, opponents have hit 43.1% of their shots vs. Wisconsin. On the other side, the Wisconsin Badgers are coming into the game averaging 70.7 points per game on a shooting percentage of 42.5%. The Badgers will be facing a defensive unit allowing an average of 67.4 points per contest. So far, teams have hit 41.4% of their shots vs. the Nittany Lions.

From beyond the arc, Penn State has a shooting percentage of 34.2% while ranking 268th in attempts per game. The Nittany Lions will be facing a Wisconsin defense that has a 3-point field goal shooting percentage allowed of 31.1%. Wisconsin enters the game having hit 31.2% of their looks from deep while averaging 6.61 made 3’s per game. On the other end, Penn State has allowed opponents to hit 33.2% of their shots from beyond the arc.

I like the Badgers here. I was late getting this game for the write-up, so anyone tailing isn’t getting the best of the line. However, I think it’s still a decent play at four or under. The Nittany Lions have just one win on the road, which came against Illinois back in early December. The Illini were fresh off a huge win over Texas and came out flat. Wisconsin F Tyler Wahl is expected to return for tonight’s game, and that is huge for the defense and certainly doesn’t hurt the offense. Prior to the three games Wahl missed, Wisconsin held the opposition to a 30.4 % from 3-point land, which is Penn State’s bread & butter. Take Wisconsin -3.5