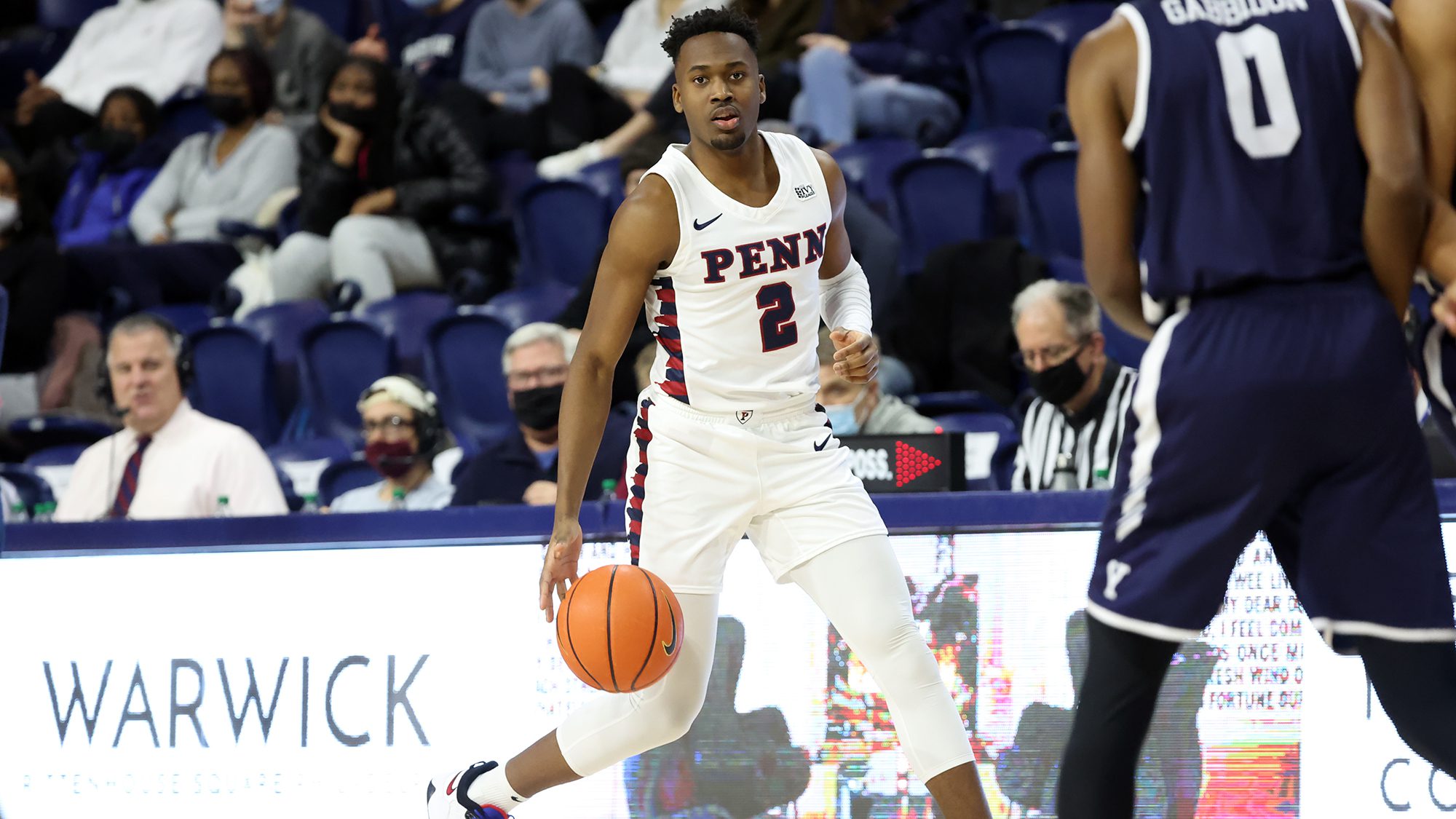 Penn rolls into the Pizzitola Sports Center off two easy confidence-building wins after dropping three straight (two in OT) and is a small road favorite. The tip-off is set for 7:00 PM ET.

The spread line hit the board with the visiting Quakers listed as a -1 favorite, and that line has climbed to -1.5 at most betting shops. The total opened at 136, and in the early betting it has held.

Penn will be looking for another win, as they most recently defeated Temple by a score of 77-57. The Quakers also picked up an ATS victory as they were +4.5 point underdogs. The combined 134 points did not surpass the 136.5 total line.

Brown lost to Northwestern in their last game by a score of 63-58. But because the Bears were +13.5 point underdogs, they finished with an ATS win. The combined 121 points did not surpass the 128 total line.

Penn
Over their last five games, Penn has a straight-up record of 2-3 while going 2-2 vs. the spread. Over this stretch, the Quakers’ offense is averaging 78.0 points per game while hitting 45.0% of their shots from the field. On the defensive end of the floor, they have allowed opponents to shoot 35.1% from the field while allowing 71.4 points per contest.

Brown
In their previous five contests, Brown is 3-2 straight-up and 4-1 vs. the spread. In these five games, they have a scoring average of 59.8 points per game on a shooting percentage of 40.7%. Defensively, they allow teams to hit 38.1% of their shots while giving up 58.2 points per game.

This season, the combined power rating of Penn’s opponents comes in at 146. Conversely, Brown’s combined opponent power rating sits at 217.

How Does Penn Fare On The Road?

For the season, the Quakers have played six road games and have a record of 2-4. In these contests, Penn is 3-2 vs. the spread. Offensively, they have averaged 65.0 points per game on a shooting percentage of 40.8%. On defense, the Quakers allow 76.5 points per contest when playing away from home. So far, opposing teams have a field goal percentage of 43.8% in these games.

How Does Brown Fare At Home?

In their five games at home, Brown has a 5-0 record vs. the spread while going 3-2 straight-up. On offense, the Bears are shooting 40.2% on their home floor, leading to 66.2 points per game. Defensively, opponents are shooting 46.5% in these contests. The Brown defense is allowing 63.4 points per game at home.

For the season, Penn is averaging 72.0 points per game (170th) while posting an overall field goal percentage of 44.6%. In today’s game, they will be matched up against a Brown defense that has allowed an average of 63.3 points per contest. This year, opponents have hit 43.4% of their shots vs. Brown. On the other side, the Brown Bears are coming into the game averaging 71.0 points per game on a shooting percentage of 43.5%. The Bears will be facing a defensive unit allowing an average of 73.1 points per contest. So far, teams have hit 40.3% of their shots vs. the Quakers.

From beyond the arc, Penn has a shooting percentage of 33.5% while ranking 241st in attempts per game. The Quakers will be facing a Brown defense that has a 3-point field goal shooting percentage allowed of 32.8%. Brown enters the game having hit 31.3% of their looks from deep while averaging 7.21 made 3’s per game. On the other end, Penn has allowed opponents to hit 31.5% of their shots from beyond the arc.

Even if Brown controls the pace limiting Penn’s scoring opportunities, the Quakers’ shooting ability should get them by the Bears. It’s kind of a square pick, but Joe Public doesn’t always lose. Take Penn -1.5