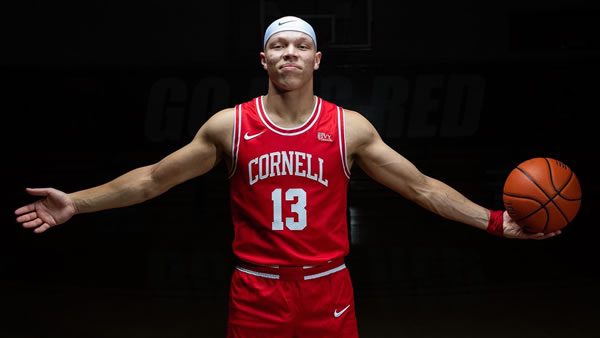 The Quakers have won nine of the last ten meetings, including a run of five straight. They are getting four points this time around, and many bettors have them as a live dog play. The tip-off for tonight’s game at the Newman Arena is set for 7:00 pm.

Penn picked up a victory over Brown by a score of 76-68. Heading into the game, the Quakers were favored to win, with a point spread of -1. The combined 144 points finished above the 136.5 total line.

Cornell picked up a victory over Dartmouth by a score of 74-63. Heading into the game, the Big Red were favored to win, with a point spread of -8. The combined 137 points did not surpass the 146.5 total line.

Penn
Over their last five games, Penn has a straight-up record of 3-2 while going 3-1 vs. the spread. Over this stretch, the Quakers’ offense averages 77.2 points per game while hitting 46.9% of their shots from the field. On the defensive end of the floor, they have allowed opponents to shoot 33.9% from the field while allowing 68.0 points per contest.

Cornell
In their previous five contests, Cornell is 4-1 straight-up and 4-1 vs. the spread. In these five games, they have a scoring average of 82.0 points per game on a shooting percentage of 47.3%. Defensively, they allow teams to hit 49.4% of their shots while giving up 71.0 points per game.

This season, the combined power rating of Penn’s opponents comes in at 74.7. On the other side, Cornell’s combined opponent power rating sits at 69.6.

How Does Penn Fare On The Road?

For the season, the Quakers have played seven road games and have a record of 3-4. In these contests, Penn is 4-2 vs. the spread. Offensively, they have averaged 66.6 points per game on a shooting percentage of 42.4%. On defense, the Quakers are allowing 75.3 points per contest when playing away from home. So far, opposing teams have a field goal percentage of 43.0% in these games.

How Does Cornell Fare At Home?

In their six games at home, Cornell has a 3-1 record vs. the spread while going 6-0 straight-up. On offense, the Big Red are shooting 50.1% on their home floor, leading to 88.5 points per game. Defensively, opponents are shooting 33.3% in these contests. The Cornell defense is allowing 65.0 points per game at home.

For the season, Penn is averaging 72.0 points per game (170th) while posting an overall field goal percentage of 44.6%. In today’s game, they will be matched up against a Cornell defense that has allowed an average of 71.7 points per contest. This year, opponents have hit 41.7% of their shots vs. Cornell. On the other side, the Cornell Big Red are coming into the game averaging 79.2 points per game on a shooting percentage of 46.7%. The Big Red will be facing a defensive unit allowing an average of 72.7 points per contest. So far, teams have hit 40.2% of their shots vs. the Quakers.

From beyond the arc, Penn has a shooting percentage of 33.5% while ranking 241st in attempts per game. The Quakers will be facing a Cornell defense that has a 3-point field goal shooting percentage allowed of 29.6%. Cornell enters the game having hit 34.8% of their looks from deep while averaging 9.65 made 3’s per game. On the other end, Penn has allowed opponents to hit 31.1% of their shots from beyond the arc.

Sure, Cornell has the superior won/loss record, but the strength of schedule is lacking, with opponents ranking 344 compared to Penn’s SOS of 164. Toss out the Quakers’ rough start to the season; they are 6-3 in their last nine, with two of the defeats coming in overtime. Penn has owned Cornell, and this could be the year where they turn the tables, but catching points and fading the public is where my money is landing. Take Penn +4