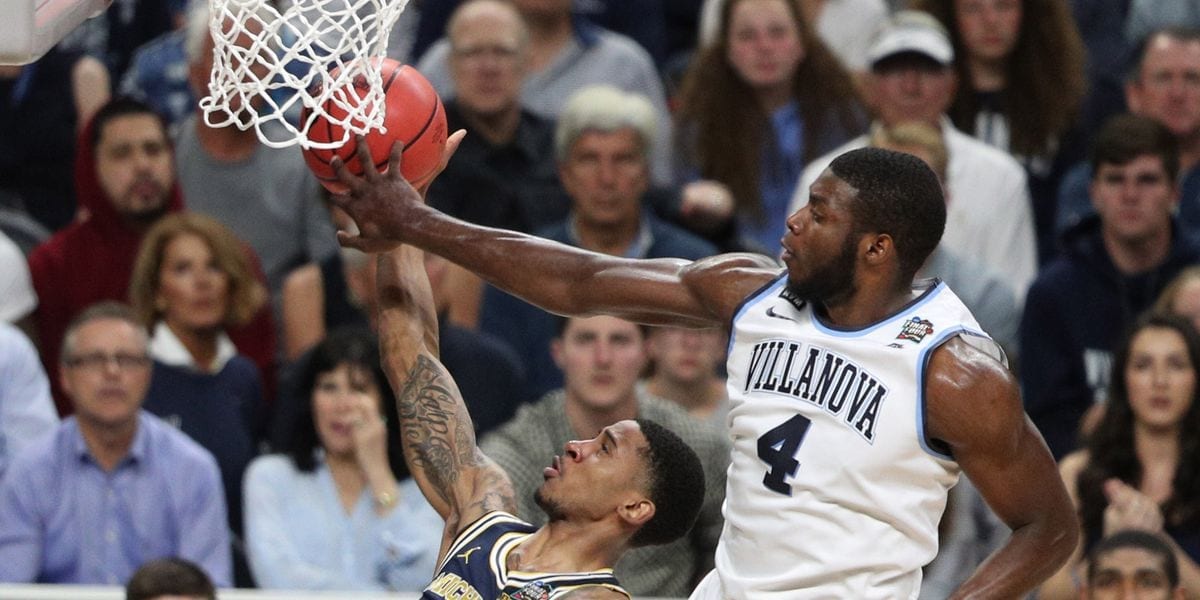 Last Time Out: Villanova defeated Morgan State 100-77 on Tuesday. Quinnipiac has not played a game yet in 2018-19.

Quinnipiac was 12-21 a year ago and has several new faces on its roster, bringing in six freshmen and two transfer students. But the player who means the most to the Bobcats is graduate senior Cameron Young. A 6-foot-6 guard who can score both inside and out, Young averaged 18.8 points a game a season ago and was granted an extra year of eligibility by the NCAA after earning second-team all-Metro Atlantic honors. The Bobcats’ other returner who will be critical for them to have a chance is sophomore Jacob Rigoni. When Rigoni gets open from beyond the arc, good things usually happen for Quinnipiac. The forward shot .455 from 3-point range last season, which led the Metro Atlantic. Given how well Villanova shoots from distance, he’ll have to be on to keep pace.

Cameron Young with the bucket of the year so far. Throws this one down and draws the foul. A lot of threes n this game, but this was a particularly photogenic 3. Columbia 46-44, 1:34 1H. Rigoni wirh a personal best 13 for QU pic.twitter.com/Z3TeV6XCYS

The Bobcats’ main new face is transfer forward Kevin Marfo, a 6-foot-8 junior who will have to provide a physical presence and a rebounding force. He will need to help limit Villanova to one shot to keep the Cats in the game.

Villanova lost several key players from last year’s national champions, but the Wildcats are still a very talented and experienced team. Villanova’s inside-outside attack starts with senior forward Eric Paschall, who showed exactly why he’s on the watch list for the Naismith Player of the Year honors in the opener against Morgan State with 27 points. At 6-foot-8, the forward isn’t the tallest for an interior player, but his 255-pound frame more than makes up for it and allows him to push opponents around inside.

Quinnipiac coach Baker Dunleavy. Villanova has a massive talent advantage, but Dunleavy knows most of the Wildcats like the back of his hand. He helped Jay Wright bring many of them to eastern Pennsylvania, and he knows the way that they’re going to play. While that rarely means that the underdog pulls the upset, it does frequently mean that the underdog is able to stay closer than it should.

Quinnipiac Will Cover if:

The Bobcats can keep their confidence high. Quinnipiac has nothing to lose in this game, and if it plays that way, it could keep pace for a while before succumbing. If Young gets free and starts hitting, and if the Bobcats can stay composed and use their knowledge, this game will be a lot closer than people expect.

The Bobcats’ youth shows up in the Wells Fargo Center. Playing in an NBA arena can be a difficult thing for a young player, and Quinnipiac has eight players who didn’t play a second of college basketball last season. Plus, the Bobcats’ advantage of knowing the Wildcats can also work in Villanova’s favor. The Wildcats will be seeing a lot of themselves in Quinnipiac, which is going to look like a less-talented version of themselves. If Villanova’s talent is ready to play, it will be a long night for Quinnipiac.

Dan’s Pick to Beat The Sportsbook:

On paper, this really shouldn’t be a close game. Villanova is the better team, has won two national titles in the past three years and is loaded again. The Wildcats probably won’t be going back-to-back as far as a national championship, but they’re still a very talented group that should finish at or near the top of the Big East and make a run in the NCAA Tournament when all is said and done. In short, they’re simply far too talented for the Bobcats.

When a line is high like this the value of finding the extra half point at a betting site becomes less. However sportsbook line shopping is even more important because the odds are more likely to vary. It’s important to find the best odds at the time of betting as it may be the difference between a cover and a loss.

A game like this is dangerous to bet the favorite for two reasons. First, Dunleavy knows the Wildcats so well that it’s likely that the Bobcats will frustrate Villanova for long enough to stay reasonably close. Second, Wright will have no desire to inflict any humiliation on his former associate coach. He’s already said that he does not enjoy coaching against his former assistants or friends, and inflicting an awful loss on Dunleavy isn’t something that he’ll want to do.

What’s likely to happen in this one is that Wright will substitute liberally as soon as the Wildcats get a comfortable edge and ensure that his players are ready for Wednesday’s national championship rematch against Michigan. Because of the relationship between Wright and Dunleavy, it’s highly probable that Villanova will gain a double-digit lead in the first half and then back off to keep the margin down.