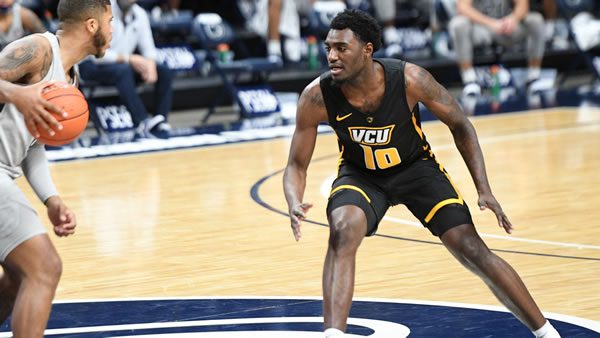 (Get the best parlay payout odds >>>)

This is about as must-win as it gets for both teams in the River City, as VCU is on the edge of the bubble, and Richmond is trying to play its way onto the bubble. The Spiders have established themselves as right in the second tier of the Atlantic 10’s squads, a step behind the likes of Davidson, Dayton, VCU, and Saint Louis. That’s not going to get the job done, and with a win over St. Bonaventure being the best thing on their profile, Richmond’s got a lot of work to do and not much time to do it. The good news is that four of the Spiders’ final five games are against the upper echelon of the league, so if they can run the table (or win four of five as long s they don’t take a loss to George Washington), they’ll arrive at the A-10 tournament with a case.

VCU pretty much has to run the table if it doesn’t want to sweat when it gets to Washington for the A-10 tourney in March. The Rams have a better profile than the Spiders, but unlike Richmond, VCU doesn’t have many road opportunities or quality home opponents to improve its profile. Playing Richmond, George Mason, and St. Bonaventure isn’t terrible, but those games are all at home, meaning the only chance the Rams have to unquestionably help themselves is in the season finale at Saint Louis. Otherwise, VCU is trying to avoid damaging its tenuous situation. The Rams have to find a way to take care of the ball better in this matchup with the Spiders because Richmond isn’t likely to shoot as poorly as it did last month in the Robins Center.

It’s pretty obvious what Richmond has to do better than it did in the first meeting: make some shots. The Spiders’ shooting was poor against the Rams the first time, other than Grant Golden going for 18 points. The rest of the Spiders shot 15-for-53, or just 28.3 percent, topped by Tyler Burton going 1-for-12 from the floor and hitting none of his five attempts from deep.

Yet Richmond only lost that game by two points. So what kept them in it? Forcing turnovers. Richmond had 12 steals in that contest and forced another seven turnovers, giving them several extra possessions to keep itself alive. Plus, the Spiders were easily the more aggressive team, getting to the free-throw line 21 times in that loss compared to just seven for VCU. Richmond knows the formula for how it can win this game; now, it must piece it together.

On the VCU side of the ledger, the Rams don’t have much of a chance if they turn the ball over 19 times again unless they plan on shooting lights out again. Vince Williams Jr. carried the Rams with 22 points and ten rebounds in the win against the Spiders and shot 9-for-13, while reserve Hason Ward went 7-for-10. Those numbers are hard to replicate, so in order to get a second win over Richmond, VCU must take better care of the ball.

The Rams weren’t terrible in the steals department themselves, notching eight thefts and forcing 13 Richmond turnovers, but VCU can play better defense than that, as it averages 9.3 steals per game. Richmond usually doesn’t make many mistakes with the ball, though, so VCU would likely do better focusing on cleaning up its own mistakes rather than trying to get Richmond to make more.

Richmond will Cover If: The Spiders can get good shooting out of either Burton or Jacob Gilyard, and preferably both. Richmond knows it will get accurate shots from Golden and Nathan Cayo, as Golden seldom ventures beyond the arc, and Cayo never does. But Burton and Gilyard are the shooters who can help the Spiders hit the gas and put distance between themselves and the Rams. At least one must step up here.

VCU will Cover If: The Rams can clean up the turnovers. VCU has made far too many mistakes with the ball this season, and eventually, it’s going to cost them. It almost did on the other side of town last month, and if they’re not careful, it will cost them here.

The Spiders’ offense should be better than what it showed in the first game, if only because it can’t do much worse. Richmond has a good shot to go over its total of 64.5 here.

Both teams need this game, but something tells me that Richmond is going to put up a much better shooting night than it did in the first meeting. The Spiders have shot 47% or better in four of their past five contests, and if they do that here, they win the game. I’ll take them to get it done; give me Richmond in the mild upset. Sports betting account balance running low? Instead of re-depositing at your bookie and receiving a tiny re-up bonus or NOTHING, consider checking out the list of 100% bonuses at one of our top tier sportsbooks! Every dollar counts!