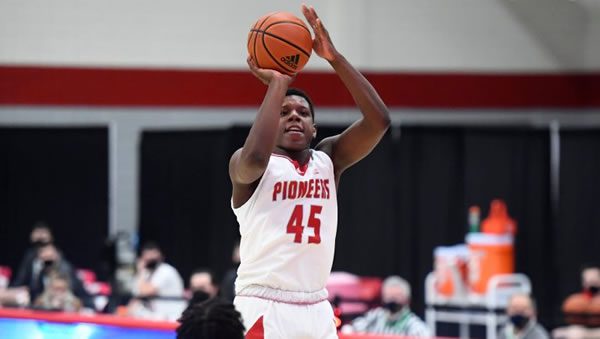 Sacred Heart gave it a good shot for a half taking a two-point lead into the second. They were outscored 43- 31 by Rhode Island in the second frame but easily covered the 16-point spread in the 72-62 defeat.

Columbia lost for the second straight game in a close one 60-59 against Albany as a +6.5 road dog. They fought back from a 28-7 deficit in the first to take the lead in the last minute before giving up two free throws in the dying seconds to take the loss.

The early lean by the public is on Columbia but the line is going the other direction from an opener of SH -3.5 to the current line of -4. The total hit the board at 139 and has risen to as high as -140 at some shops under even public action.

The Pioneers average 72.4 points per game while allowing 73.3. Their percentage from the field is 44.3 and from the charity stripe, they are hitting 69.1%

The Lions have scored an average of 67.7 points per game while the defense has allowed 76 PPG. From the field, they are shooting 42.2 % and only 64.5 from the free throw line.

Sacred Heart scored 70 or more points in the three straight before coming up short against Brown (66) and Rhode Island (62). Note that in the BRWN game they surpassed their opponent’s average PPG and against URI they shot 44% from the field which crushes their 36.4 seasonal average defensive FG %.

Columbia managed just 59 points against Albany. The lowest total they have given up this season. In their prior game against Colgate it was much of the same scoring the least amount of points (61) against their defense of any Divisional 1 opponent this season.