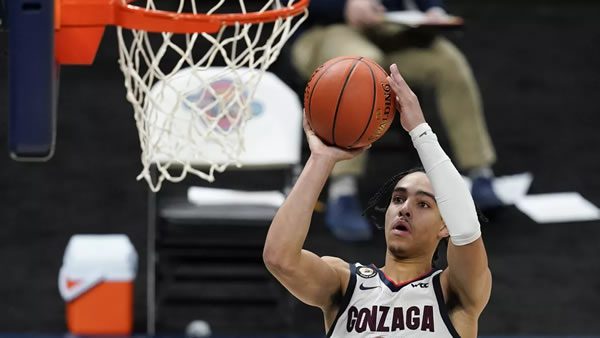 Gonzaga
Kaden Perry: Back (OUT)
Dominick Harris: Foot (OUT)

The Saint Marys Gaels come into this matchup with an overall record of 25-6. On the season, the Gaels have performed well in their 16 conference games, posting a record of 13-3. This mark is good for 2nd in the WCC. In addition to playing well in the WCC, Saint Marys has performed well on the road. Through 15 games, the Gaels are 9-6 away from home. Heading into this matchup, the Gaels are looking to stay hot, as they try to add on to their current 5 game win streak.

The Gonzaga Bulldogs get set to host the Gaels with an overall record of 25-3. On the season, the Bulldogs have performed well in their 15 conference games, posting a record of 14-1. This mark is good for 1st in the WCC. In addition to playing well in the WCC, Gonzaga has performed well at home. Through 16 games, the Bulldogs are 16-0 at home. Over their last 5 games, they have played above .500 basketball, holding a record of 4-1

Joe’s Against the Spread Puck

If you watched last night’s St. Mary’s game vs. Santa Clara, you’d have noticed the struggle the Gaels had with lengthy defenders in the key. I have to believe Mark Few is sharp enough to have noticed and will position Chet Holmgren and Drew Timme near the basket, neutralizing Kuhse’s penetration and easy interior baskets. The Gaels won the last matchup between these teams, but it was an absolute enigma and they’re in a really bad spot against Gonzaga in the WCC Tournament. I like Gonzaga to get the cover here, but it won’t come easy vs. a gritty St. Mary’s club. Bet your StM/Gonz pick and ALL your college hoops bets for free this week by taking advantage of a massive 100% REAL CASH bonus on your first deposit of $100 to $1000 at Betnow Sportsbook!