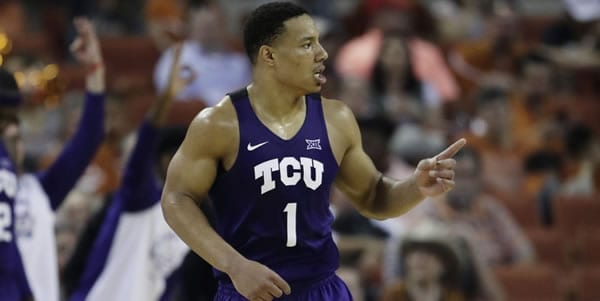 Year 3 of the Jamie Dixon era in Fort Worth is a bit of a conundrum after the Frogs just squeezed by UC Irvine to get to 4-0. On the one hand, Irvine was an NCAA-caliber squad last season (and got a round further than TCU did when it upset Kansas State), but the Anteaters are just 3-3 this season and have a loss to Pepperdine on their resume, so that’s not a great sign for what TCU can do.

What TCU can do is play tough defense. The Frogs average 59.8 points per game given up, and seven different players average at least one steal per game. When the Frogs do get their offense going, look for Desmond Bane to be the main cog that gets them going. Bane averages 17.3 points a game and has shot well from both two and 3-point range, hitting 46.7 percent from deep and 47.2 percent inside the arc. TCU will need both of these from Bane to be on point against a Clemson squad that hasn’t yet been held to under 68 points.

The defense has been a highlight of Jamie Dixon’s time at TCU, but it hasn’t been so with Brad Brownell and Clemson. The Tigers have been more of an offense-first squad under his watch, and that’s a problem when he’s attempting to replace roughly three-fourths of his scoring from a season ago.

So far, the Tigers haven’t really found any “one answer” on offense. Clemson is more of the classic “five guys who can score 10” attack, as opposed to the “two guys who can score 25”, with Tevin Mack being one of the few real scoring threats that Clemson has. Obviously, Mack isn’t going to shoot 58 percent from the floor for the season, but he’s shown a nice shooting touch and an ability to get good looks at the basket.

Fouls and free throws. One of the things that tend to happen when you get two good defenses is that fouls become a big part of the contest. That’s bad news for both of these squads because neither one is very deep, and both struggle at the free throw line. Clemson relies mainly on its starting five, getting decent minutes off the bench from four other players, but nowhere near the production of the starters.

TCU is in an even tougher situation: the Frogs don’t even have five players to count on for top production, as only Desmond Bane, R.J. Nembhard, Kevin Samuel, and Jaire Grayer average more than 25 minutes a game. Like Clemson, TCU can get some solid minutes from its depth guys, but not enough for even a full half of basketball.

When the teams get to the line, Clemson shoots just 63 percent, and TCU checks in at 66 percent. Whoever can improve on those numbers will be in good shape.

TCU will Cover if:

The Frogs can force errors. The multitude of quick players who can force turnovers on this roster make TCU a real threat on defense at all times, but the Tigers are not the type of team that makes mistakes easily. With only 11 turnovers per game, Clemson has the knowledge and care to make it tough to turn them over. If the Frogs can do it, they’ll take control.

Clemson will Cover if:

The Tigers continue to make themselves strong on the glass. Clemson has ripped down 38 rebounds a game so far this season, and it’s important that they continue to do precisely that because of how well it extends their possessions. Clemson hasn’t shown its usual offensive prowess from its time under Brownell, so the Tigers need to rely on defense to get a result here.

These teams are still two very unknown quantities, as both are in a period of transition at this point in the nonconference schedule. They both have similar issues with depth and foul shooting, and they’ve both played really easy schedules to this point.

Honestly, in an even matchup like this, I’d rather take some free points and give myself the best chance of pulling out a win. Three points are enough to give me a reason to gamble on Clemson in this game. Give me the Tigers to continue their bounce back from the league opener.