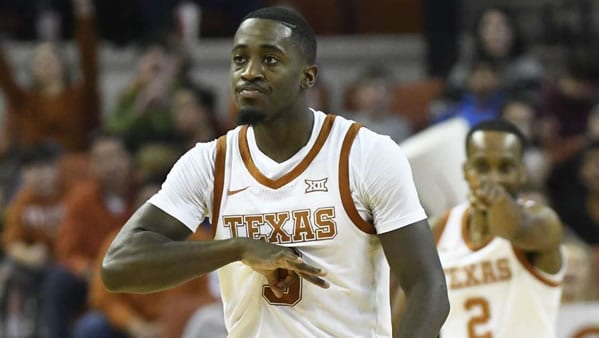 With Kansas in its rearview mirror, Texas now has a real chance to take control of the Big 12. The Longhorns will still have to go through undefeated Baylor, but if you can go into Lawrence and thrash Kansas by 25, you’ve got to be considered one of the big threats to win the Big 12.

But facing West Virginia’s defense in Morgantown remains one of the most challenging trips in the Big 12, as the Mountaineers went 7-2 at home in the Big 12 last season and are anxious to get back home to WVU Coliseum after spending the past weekend in Oklahoma. The Mountain-eers face a critical weekend stretch, as they’ll open with the two leaders in the Big 12 in Texas on Saturday and Baylor on Tuesday. Can they get their weekend off to a great start against the Longhorns and really shake up the race in the Big 12?

Throughout his time in Austin, Texas coach Shaka Smart has stubbornly refused to use the Hav-oc style he played at Virginia Commonwealth, believing it not to be the kind of defense that you win with in a power conference. It’s almost cost him his job, but the patience might have finally paid off for the Longhorns, as they seem to have their defensive responsibilities figured out. Seven of the Longhorns’ 10 opponents have failed to crack the 70-point mark, with Indiana and Kansas failing to even get to 60.

Where the Longhorns get into trouble is their inability to create quality shots. Texas’ 13.3 turno-vers per game isn’t an overwhelming number, but when you throw in that the Longhorns man-age just 12.9 assists per game, it looks a lot worse. That says that Texas is creating its own shots, either off the dribble or off an offensive rebound. But West Virginia rebounds the ball pretty well itself, and trying to create shots off the dribble against the Mountaineers’ famed “Press Virginia” defense is the equivalent of a suicide pact. Put simply, there’s a reason that Texas has struggled to get the job done in Morgantown.

So far, West Virginia is withstanding the loss of Oscar Tshiebwe. It sometimes happens that a team is better off without a player (see: Sulaimon, Rasheed, and the 2015 Duke squad that won the national title after throwing him off the team), but it’s really unclear if West Virginia is more cohesive or simply surviving.

What is clear is that Derek Culver has to make himself a presence inside and put up a high amount of points. Against Oklahoma, Culver managed just two points, a big reason that the Sooners were able to hold on. Conversely, he scored 22 against Oklahoma State and was the main factor in fueling his team’s comeback win over the Cowboys. Whichever version of Culver shows up will determine which way this game goes.

Pride and revenge. Texas has owned this series over the past two seasons, with one notable exception. Last season, the Longhorns came into Morgantown in mid-January and got blasted by 38 points, losing a 97-59 decision to the Mountaineers. In fact, the past four meet-ings between these teams in the Coliseum haven’t been close, as all of them have been decided by double digits.

Of the past five meetings, that’s the only matchup that West Virginia has won, as Texas made up for the big defeat when the teams met in Austin, creating a mindset of revenge on both sides in this one. Given how many blowouts have happened in this series, both teams will be eager to avoid getting embarrassed by an opponent they know is a quality foe.

The Longhorns can get good looks for Courtney Ramey from behind the arc. One of the reasons that West Virginia failed to handle Kansas was because the Mountaineers backed off and al-lowed the Jayhawks to get set and shoot from behind the arc. Unfortunately for West Virginia, Kansas shot to its heart’s content and shot the Mountaineers right out of the building. In Ramey and Matt Coleman, Texas has a pair of good deep shooters, and if West Virginia hasn’t learned from the Kansas loss, the same thing will happen again.