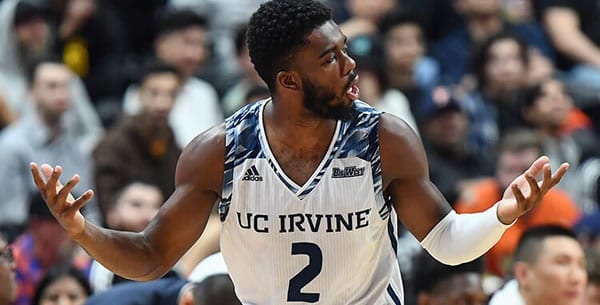 The Anteaters took advantage of a Kansas State club missing one of their best players in Dean Wade when they bounced them in the first round. This marked the biggest upset in terms of seeding so far in the tournament. The Anteaters now are riding a 17-game win streak, with their last loss coming back in January. They will now look to continue rolling with their second-ever NCAA tournament win in school history and one that will send them to the Sweet 16.

The Ducks rolled over a good Wisconsin team, blowing them out by double-digits. Being in a weak conference like the Pac-12, allowed them to be under the radar and surprise the Badgers with a dominating performance. They are also incredibly hot right now, having won 9-games in a row and 9 out of their last 10. The way the Ducks are playing, they could easily make it to the second weekend and prove that the Pac-12 is a much better conference than they are given credit for.

See who Dan is playing: UCF/DUKE Pick with Analysis

Not only have the Ducks won 9-games in a row, but they have also have covered in all 9 of these games. Same for the Anteaters, they are 8-1-1 against the spread in their last 10 games. However, both teams have had their troubles covering in games against opponents with a winning record. Oregon has seen more games against opponents with a winning record, where they have amassed a 13-12 record. Whereas, the Anteaters are just 7-6. Another similarity between these teams to consider is their scoring. The Ducks average 70.5 points per game, while the Anteaters average 72.8 points per game. That said, trends show that both teams generally fair well when scoring at least 55 points or more. The Ducks are 24-9 straight up in this regard and 21-12 against the spread. The Anteaters are 30-4 straight up and 20-12-1 against the spread in the same category. Lastly, trends show that UC Irvine is 2-8 against the spread in their last 10 games with the Pac-12.

UC Irvine Will Cover the Spread If:

They out-rebound the Ducks and focus on creating second-chance opportunities. The Anteaters are another team that does not get much attention, mainly because they play in the Big West but also because they play on the West Coast. UC Irvine has been one of the better rebounding teams this year, averaging 39.9 boards per game. They were 13th best in the country to put it into perspective. Kansas State did out-rebound them overall, but the Anteaters out-rebounded the Wildcats on the defensive side of the ball. The only potential problem with their rebounding was a 6’1 guard led the team with 6 boards in the game with Kansas State. Compared to the 6’10 forward who grabbed just 3 boards. Look for the bigger guys to do a better job of battling in the low post and providing more help on the glass.

Oregon Will Cover the Spread If:

Payton Pritchard is once again the difference maker. Pritchard continued his hot streak scoring 19 points in this game, which once again led the team. He could improve his shooting as he only went 8 for 18 from the field. Especially in a game with a spot to the Sweet 16 on the line, the Ducks cannot afford for him to go cold. Fortunately for the Ducks, Pritchard excels in other areas, like rebounding and racking up assists. He had 5 total rebounds, which was second best for the Ducks and dished out 8 of their 12 assists. One area he could also work on is getting to the line more often. In what is expected to be a low scoring game, the Ducks need points any way they can get them so if Pritchard, an 84.5% free throw shooter this year, can get to the line more than once, it could end up sealing a win for the Ducks.

The Ducks really impressed me in their dominating win over the Badgers. MyBookie has them laying 4.5 points, which is a margin I would absolutely jump on. Take the Ducks to keep winning an advance to the Sweet 16.