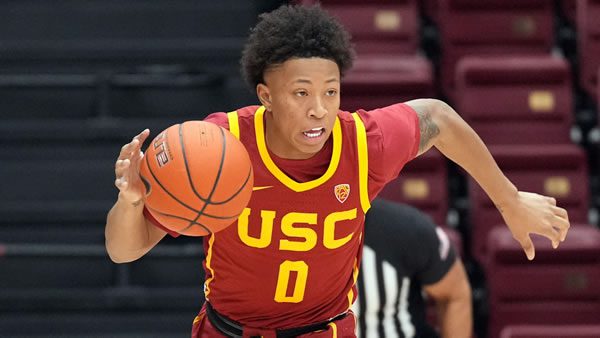 The Huskies were embarrassed in their latest, getting crushed 84-61 by Auburn before the break, and were no match for Gonzaga the last time they faced a quality opponent. They’ll look to regroup against the streaking Trojans who have owned them in the past.

This point spread line hit the board with USC a -1 road favorite and has jumped to -2 with the sharps apparently backing the Trojans. The O/U line was offered at 141.5 and since has been bet down to as low as 140 at some betting shops.

USC picked up a victory over Colorado State by a score of 73-64. Heading into the game, the Trojans were favored to win, with a point spread of -3. The combined 137 points did not surpass the 139 total line.

Washington lost to Auburn in their last game by a score of 84-61. But because the Huskies were +3.5 point underdogs, they finished with an ATS win. The combined 145 points finished above the 137.5 total line.

USC
Over their last five games, USC has a straight-up record of 5-0 while going 2-3 vs. the spread. Over this stretch, the Trojans’ offense is averaging 72.4 points per game while hitting 47.5% of their shots from the field. On the defensive end of the floor, they have allowed opponents to shoot 40.1% from the field while allowing 65.0 points per contest.

Washington
In their previous five contests, Washington is 3-2 straight-up and 2-3 vs. the spread. In these five games, they have a scoring average of 71.6 points per game on a shooting percentage of 45.6%. Defensively, they allow teams to hit 45.8% of their shots while giving up 69.4 points per game.

This season, the combined power rating of USC’s opponents comes in at 75.7. On the other side, Washington’s combined opponent power rating sits at 74.8.

How Does USC Fare On The Road?

For the season, the Trojans have played two road games and have a record of 2-0. In these contests, USC is 2-0 vs. the spread. Offensively, they have averaged 74.0 points per game on a shooting percentage of 48.8%. On defense, the Trojans are allowing 63.5 points per contest when playing away from home. So far, opposing teams have a field goal percentage of 35.0% in these games.

How Does Washington Fare At Home?

For the season, USC is averaging 72.6 points per game (159th) while posting an overall field goal percentage of 45.2%. In today’s game, they will be matched up against a Washington defense that has allowed an average of 66.1 points per contest. This year, opponents have hit 41.8% of their shots vs. Washington. Conversely, the Washington Huskies are coming into the game averaging 68.5 points per game on a shooting percentage of 42.2%. The Huskies will be facing a defensive unit allowing an average of 65.5 points per contest. So far, teams have hit 38.5% of their shots vs. the Trojans.

From beyond the arc, USC has a shooting percentage of 36.0% while ranking 464th in attempts per game. The Trojans will be facing a Washington defense that has a 3-point field goal shooting percentage allowed of 28.7%. Washington enters the game, having hit 30.3% of their looks from deep while averaging 6.36 made 3’s per game. On the other end, USC has allowed opponents to hit 31.3% of their shots from beyond the arc.

USC is arguably playing its best offense of the season right now, but they can be contained, scoring 66 or fewer points in half of their games this season. The Huskies have a mediocre FG% of 44.5, which was boosted by high numbers against Utah Tech, Seattle, and Idaho State. In its four games against teams with an RPI below 100, they have exceeded 61 points in regulation just once in four games. Washington knows that they have to play great defense to have a chance here and they’ll need to be cautious and take care of the ball. Take the UNDER 140.