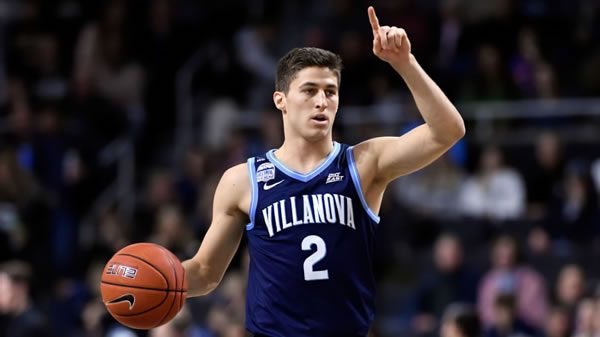 It’s a classic Big Five battle in Philadelphia, and it’s being played at the Palestra, the city’s famed Cathedral of College Basketball. Once upon a time, this was the home court of all five members of the Philadelphia Big Five, and it always creates a special atmosphere when a Big Five game takes place between two of the members. However, this looks like it shouldn’t be much of a match. Villanova has two losses on its resume, but they came at UCLA and on a neutral floor to Purdue, with one coming in overtime and the other being a six-point setback. LaSalle has a pair of overtime losses, but they came against much weaker foes in Delaware and Sacred Heart. Their two wins were Army and Albany, neither of whom is getting in the NCAA tournament without winning their conference tournament. Strange things do sometimes happen in Big Five games, especially in matchups where the coaches know each other as well as Jay Wright and his former assistant Ashley Howard do. But with a talent gap this wide, it’s hard to see the Explorers competing.

It only seems like Collin Gillespie has been at Villanova since Rollie Massimino and the Wildcats won the 1985 NCAA tournament. Gillespie chose to come back for the free year after COVID, and he remains an essential piece of Villanova’s high-scoring and hot shooting threat. The Wildcats don’t play all that fast, but they still put up a lot of points because they’re excellent shooters, and every player on the floor is a threat to score anywhere on the court. Villanova has six players who average at least 20 minutes a game, and all six shoot at least 37.5 percent from beyond the arc. Villanova does have two significant weaknesses: it’s not deep, and it can’t rebound. The Wildcats don’t have the bodies to get inside and push teams around for rebounds, which makes them very vulnerable to a team with quality size. But when you make good shots and don’t turn the ball over, you set yourself up to get the job done regardless of rebounding.

The numbers say LaSalle can rebound, but a check of their schedule reveals that it’s not that the Explorers are great on the glass; it’s that they’ve played a soft schedule against teams without much rebounding ability. Things aren’t going to go all that well on the glass against Villanova because the Explorers aren’t that big and don’t shoot nearly as well as the Wildcats do. Beyond that, LaSalle is sloppy with the ball. The Explorers turn the ball over almost 16 times a game, which is just asking for trouble against the likes of Villanova. What’s more, the ball-handling issues are spread out across the roster, as seven of the ten players who have appeared for LaSalle average at least one turnover per game.

The Wildcats are hitting their shots. Rebounding remains a concern because of a lack of size, but the Wildcats are facing an opponent who also lacks size, so it shouldn’t be as much of a challenge to grab loose balls as it could be in this one.

LaSalle will Cover If:

The Explorers can avoid making mistakes with the basketball. LaSalle has really struggled with ball control to this point, and Villanova is a team that makes almost no mistakes with the ball. Every turnover is essentially giving two free points to Villanova with how quickly the Wildcats can take it the other way, so the errors can’t happen here.

Don’t bet against Villanova’s offense. The Wildcats might play slow, but they shoot so well that it doesn’t really matter. When you’re hitting from 3 as well as the Wildcats do, you can take a shot every 20 to 25 seconds and still find your way to the 80s. I’ll take Villanova over 78.5 points here.

Ashley Howard might be on the other sideline, but Jay Wright has a much bigger talent advantage at his disposal. This might lend itself to a backdoor cover if Wright feels some sympathy for his old assistant, but I don’t think that happens in a Big Five game. Give me Villanova.