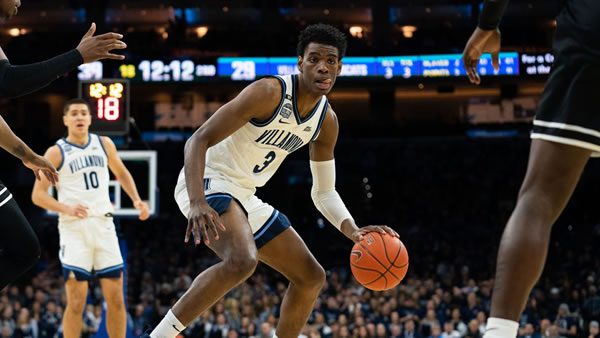 An old-school Big East matchup takes center stage in New York, with Villanova looking to prove that it’s more than a team that simply knows how to play good teams close. The Wildcats have won six games to this point, but they’ve only got a 1-2 record against Power 6 opponents, having fallen in overtime to UCLA and lost by six to top-ranked Purdue on a neutral floor. Villanova might prefer to play slow and lock down its opponents, but the Wildcats also shoot it like nobody’s business.

Syracuse is also in prove-it mode after shaking off its pre-Thanksgiving pratfall caused by a lack of defense. The Orange did come up with a nice win over Florida State in Tallahassee, long one of the tougher places to win in the ACC because of how the Seminoles make teams grind games out. But Syracuse has been a team that prefers to win with offense this season, averaging 81 points a game on the season. The problem is that that might not work against Villanova, which plays strong defense and forces teams to be patient — not exactly a strength of this Syracuse team.

When you’ve got three players who shoot it as well as Collin Gillespie, Justin Moore, and Brandon Slater do from the perimeter, you’re going to put up a lot of points no matter how slowly you play. Gillespie is the main weapon Villanova has from the arc, having shot 30-for-64 from beyond the perimeter, and he’s likely going to be the main man in this game, given that Syracuse will once again run its famed 2-3 zone defense.

What Villanova doesn’t have is depth and rebounding. The Wildcats have six guys who are roughly all equally responsible for grabbing the ball, grabbing between four and six rebounds each per game. That can give Villanova a slight advantage in terms of everyone on the court being able to grab the board and start the offense, but it can also mean that with no one person responsible for it, rebounds become free-for-alls that can wear down a team that doesn’t have much depth.

On the positive side of the ledger, the Orange managed to beat Florida State in Tallahassee, which is seldom easy to do. On the negative side, there appears to be a better than average chance that the Seminoles aren’t very good this year, and this is still the same team that lost by 15 on its home floor to Colgate.

Syracuse has no problem putting up points, but the Orange are even thinner than Villanova, essentially relying on their five starters to get everything done. Nobody else averages more than 2.4 points or three rebounds per game, so if any one of the Syracuse starters isn’t getting the job done, the Orange have a major liability that they cannot easily fix. Throw in that Buddy Boeheim and Cole Swider really don’t shoot the 3-pointer very week, and it really emphasizes how difficult it can be for the Orange to stay with talented opponents.

Villanova will Cover If: The Wildcats can take and hit good looks. Syracuse is going to give up deep shots out of its zone, even to shooters as good as what the Wildcats are going to put on the floor. As long as Villanova’s sixth-ranked 3-point shooters can hit the looks they get, the Wildcats should be fine.

Syracuse will Cover If: The Orange can limit Villanova to one-shot by tracking down long rebounds and keeping the Wildcats from getting that second look. Villanova’s lack of rebounding prowess means that the Wildcats can be stopped if the first shot doesn’t go down, and the fact that the Wildcats like to shoot it from deep means that unpredictable rebounds will be part of the game. Syracuse has to track them down to have a chance.

With Villanova averaging just under 80 points per game and the number for the Wildcats sitting at 78, the Wildcats should be able to get to this number. Syracuse doesn’t play good defense, so as long as Villanova shoots it well, this total should work out.

I’m not impressed by a team who gave up 100 points to Colgate. Villanova is the stronger team and is on a much different level than the likes of the Raiders, and I don’t think Syracuse’s middling defense has much of a hope against Villanova’s shooting. Give me the Wildcats.