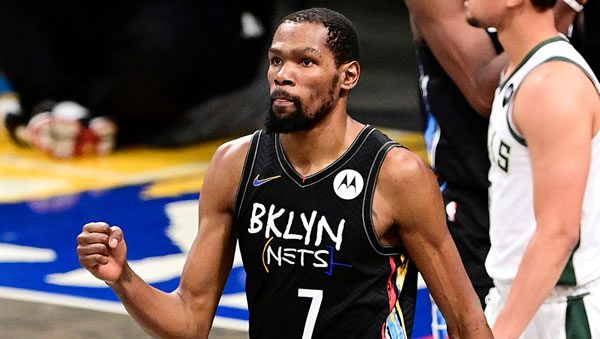 The Brooklyn Nets enter today’s game having won 7 of their past 10 games. When playing away from home, the Nets are an above .500 team, having gone 8-2. As the road team, Brooklyn travels to Dallas with a positive plus-minus rating of 6.7 points. Overall the Nets are ranked 6th among NBA teams in point differential (4.8). Among NBA teams, they have played the 23rd toughest schedule.

For bettors, taking the Brooklyn Nets to cover the spread has been a losing bet as they are cover in 36.40%% of their games. Their season-long plus-minus against the spread is -2.0.

On offense, the team’s leading scorer is SF Kevin Durant. So far, Durant is averaging 28.59 points per game. This output places him 1st among small forwards. The Nets’ best three-point shooter has been Patty Mills, connecting on 3.13 shots from downtown per game. James Harden has been in charge of cleaning up the glass, hauling in 7.87 boards per game.

The Dallas Mavericks enter today’s game, having lost 2 straight games. This is part of a more significant trend in which they have won just 3 of their last 10 games. As they take on the Nets at home, the Mavericks have a negative home plus-minus of -1.1 points. Overall the Mavericks are ranked 22nd among NBA teams in point differential (1.6). On the season, they have played the 19th toughest schedule.

For bettors, taking the Dallas Mavericks to cover the spread has been a losing bet as they are covering the spread in 40.90% of their games. Their season-long plus-minus against the spread is -3.3.

On offense, the team’s leading scorer is SF Luka Doncic. So far, Doncic is averaging 25.39 points per game. Doncic is also the Mavericks’ leader in three-pointers made and rebounds, grabbing 8.06 per contest.

Coming into this game, the Brooklyn Nets are averaging 99 possessions per game, placing them 10th in pace. Even though they rank just 22nd in three-point field goal attempts, they are connecting at a rate of 37%, the 7th best in the NBA. On the other side, the Dallas Mavericks prefer to slow the game down, averaging just 96 possessions per game. However, unlike their opponent, they rely heavily on the three-point shot. So far, they are attempting 38.2 shots per game from behind the arc, 5th most in the league.

Unlike last season, when the Brooklyn Nets struggled on defense, this year’s team is ranked 10th, giving up 105 points per contest. Much of this has to do with their ability to disrupt opponents’ looks from downtown. Through 23 games, teams are hitting just 31% of their shots, making the Nets the top three-point defense. Given that Dallas relies heavily on looks from outside, I’m giving Brooklyn the advantage in this game.

The last time the Nets and Mavericks met was last year, with Dallas winning both matchups. In game one, the Mavericks defeated Brooklyn by 17 points.

The last time the Brooklyn Nets rewarded bettors with an ATS win came nearly two weeks ago vs. Boston. This contest also happened to be one of just two games in which they were the underdog. However, Dallas is also struggling to cover the spread. But, they have been slightly better at home, going 6-5 ATS. In this matchup, I expect the Nets to pull off the road victory by at least 6 points. The strength of Dallas’ offense does not match up well with how Brooklyn has performed defensively. Look for this one to be tightly contested, with the Nets pulling away late.

Even though I see Brooklyn winning the game, I expect Luka Doncic to go over his player prop point total. Doncic has a good matchup, whether it be against James Harden or Patty Mills. The Mavericks point guard can generate scoring from inside; something the Nets aren’t nearly as good at defending.