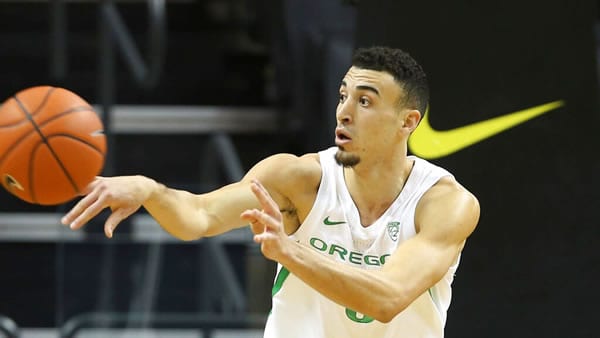 The final game of Saturday night could be a defensive struggle, as these teams know how to prevent points despite the scores of their final games of their conference tournament. For Oregon, this is a chance to shake off their struggles in Las Vegas and get back to the form they showed before the Pac-12 tournament. The Ducks won their final four games before the Pac-12 tournament, both straight and ATS, but a suddenly red-hot Oregon State became the first underdog to actually beat the Ducks since a Feb. 4 loss to Washington State.

VCU, on the other hand, has had an allergy to consistency. Since A-10 play began, the Rams haven’t covered more than two consecutive games, and the two-game stretch where they came up with consecutive covers against Dayton and Davidson marked the first time they’d covered in consecutive games since the start of February. Since Bones Hyland sprained his foot three weeks ago, the Rams have been all defense and very little in the way of offense. Can they discover their scoring touch in time to take down Oregon?

The Rams looked like they were going to glide into the tournament a month ago, as they picked up consecutive home wins against tournament-bound St. Bonaventure and bubble team Richmond. But from then on, they went just 3-3, in part because Hyland wasn’t quite as effective following his foot sprain. He showed some flashes of his scoring prowess in the A-10 quarterfinals against Dayton, where he pumped in 30 points in a 73-68 win, but beyond that, he hasn’t been quite the same player that he was before the injury.

That’s a problem because VCU really depends on him to provide its offense. When Hyland was scoring, he was such a large part of the offense that he often scored around 1/3 of the Rams’ points on his own, leading the team in scoring in 20 games this year. Against St. Bonaventure in the A-10 final, it was more of the same, as Hyland scored 21 points out of 65 total for the Rams. With such a limited offense, VCU pretty much has to keep its opposition under 70 points to have a chance.

Oregon’s shooters are going to be absolutely thrilled not to see Oregon State’s defense on the perimeter, as the Beavers absolutely frustrated the Ducks from start to finish in the Pac-12 tournament. The Beavers held Oregon to less than 25 percent shooting from behind the arc, the main reason why they pulled away for an easy win over the Pac-12’s regular-season champions.

The ideal game for Oregon involves LJ Figueroa and Will Richardson getting off to a hot start and hitting from beyond the arc. That’s precisely what happened in the Ducks’ win over Arizona State, which saw Oregon shoot 10-for-18 from behind the arc and give itself a large cushion that kept the Sun Devils from ever threatening. Oregon’s defense is only middling, however, as three of the Ducks’ past four opponents have hit the 70-point mark.

Late night hoops. The last game of the day is never easy to play, and in the case of Virginia Commonwealth, playing the last game of the day might be a difficult adjustment to make. The Rams are an Eastern time zone team, and their games traditionally don’t start later than 9 p.m. But when you’re in a tournament format, you’re often stuck waiting on other teams, which can push the last game of the night deeper into the evening. That’s especially true in this situation, as the arena has to be disinfected in between each game.

Oregon might have an edge here because the Ducks are a Pacific time zone team and are used to playing games at this time of day. Their body clocks have only been on Eastern time for a couple of days, so the flip back to a later game shouldn’t be much of an adjustment for them. Oregon could be the fresher team at the end of the contest.

VCU will Cover If:

The Rams can pressure the arc and force the Ducks into bad shots. Oregon can be bumped off the perimeter with a strong defense, something that Oregon State showed how to do in the Pac-12 tournament. The Rams have an excellent defense themselves, and if they can frustrate Oregon’s shooters, they’ve got a good chance at victory.

The Ducks can hit their shots early. The Ducks’ shooters need to get their confidence back after the difficulty they had on the arc in Las Vegas, so the first few minutes will be very critical. The last time the Ducks lost to the Beavers was the Washington State disaster, but that also came after a 10-day break because of COVID issues. Oregon’s got to get off to a good start in this game if it’s going to get a win.

Oregon’s offense gives me some reason to worry after how poorly the Ducks shot in Las Vegas, but this Oregon team is too talented to struggle through another tough night. The Ducks have too many weapons for VCU to shut down, and the Rams don’t have enough to answer back besides Hyland.

As great as Hyland is at scoring, he’s going to need some help to score with this Oregon team. I don’t think he’s going to get it. Give me the Ducks to cover. Did you know that you can lay -105 odds on sides and totals instead of -110? Making the switch saves you THOUSANDS of dollars over time! Yo also help support the site by playing at our advertisers, which is ultimately what keeps us free to you and in business. We’d appreciate it if you consider signing up at BetAnySports! It’s the smart way to bet!