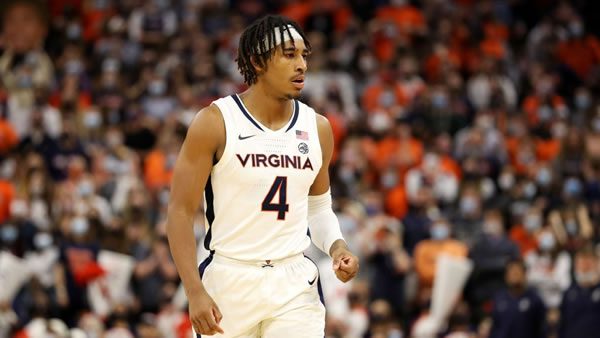 If you liked the run-and-gun, fast-paced style that Auburn and Alabama played in their rivalry game…this is about as far from that as you can get. Virginia and Virginia Tech are in shield your children’s eyes territory on offense, as these are defense-oriented teams who rarely break 65 when they’re facing a defense that is even decent.

And this time, they’re facing each other, which means defense is highly likely to dominate the day. Both teams allow less than 59 points per game, and that’s before you throw in that Virginia has by far the slowest tempo in the country. The Cavaliers know that their patient style works in the right situation, and they have no problems grinding things out against Virginia Tech. Over the past 22 meetings of the Commonwealth Cup on the hardwood, at least one team has failed to hit 65 points on 20 occasions, and both of those took place in Blacksburg, not Charlottesville. For the Hokies, the offense has been especially difficult to come by at John Paul Jones Arena; the Hokies’ only instance of scoring more than 60 points in Charlottesville since 2010 came in 2018, a 61-60 win over Virginia that required overtime.

Virginia Tech is probably better than its early ACC record suggests, as the Hokies had to visit Duke and hosted an underrated Wake Forest in their first two games in the league. However, the Hokies also managed to get beat at home by N.C. State, not exactly a team in the top half of the ACC.
This is a senior-dominated team, but Keve Aluma doesn’t shoot anywhere near accurate enough to get the job done. He only shoots about 23 percent from beyond the arc, and the rest of the Hokies don’t really do much to pose a real threat from deep. Beyond the seniors, the Hokies usually get some reliable deep shooting from Hunter Cattoor, and he’ll need to be on again to get Virginia Tech a win.

Teams don’t usually have Armando Bacot do what he did to Virginia the last time he took the floor. Bacot scored 29 points and grabbed 21 rebounds in the Heels’ win over the Cavaliers, almost single-handedly ripping through the Virginia defense. That’s just been the situation this year: Virginia’s defense simply isn’t as good as it’s been in past years. The Cavaliers can stop lesser offenses just fine, but it’s not going to happen against an offense with real talent.

On the offensive side of the ball, the Cavaliers basically have one real scoring threat: Jayden Gardner. If he’s scoring, Virginia can afford to get away with a mistake or two. If not, it’s going to be an ugly game. At 57.8 percent from the floor, Gardner is about as efficient as it gets, making him the ideal shooter for Virginia’s style. But the Cavaliers don’t have much behind him and really can’t attack very well from behind the arc, so if they fall behind, they are not equipped to come back.

Virginia Tech will Cover If: The Hokies can get off to a good start and get an early lead. Virginia is not going to handle it well if a team comes at them and puts them in a deep hole early, so the start is critical against the Cavaliers.

Virginia will Cover If: The Cavaliers can suffocate the Hokies early and set the tone that this will be a defensive battle. Virginia Tech doesn’t mind grinding it out, but a grind-out game is exactly the way the Cavaliers want to play.

This game says under even at this low total. These teams play good defense and do not shoot well, which means they might struggle to get to even a number like 118. If you want to play a prop, this would be the one.

Virginia has a history against Virginia Tech, but the Cavaliers are simply not the same team that they were two years ago or even last year. This Virginia team is a mess that’s going to be lucky to make the NCAA tournament. The same is true of Virginia Tech, but the Hokies are at least a little bit effective on offense. I’ll back Virginia Tech to win outright. Bet your college basketball picks for FREE by taking advantage of a 100% REAL CASH bonus on your first deposit of $100 to $1000 at Betnow Sportsbook!