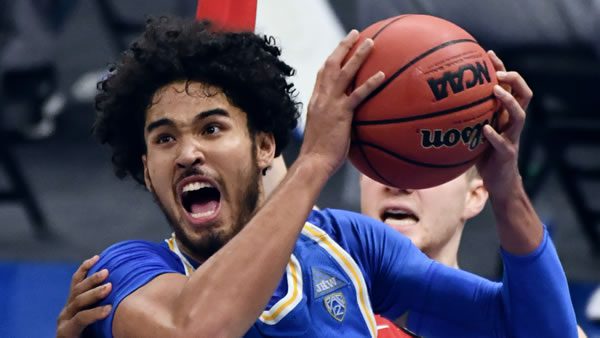 It’s looking pretty bleak for Washington State as far as its tournament hopes. The Cougars were making a nice run toward the bubble when they won five straight games, but then the Arizona schools came north, and the Cougars didn’t rise to the occasion, losing to both the Wildcats and the Sun Devils at home. Washington State has now lost three in a row, and the Cougars pretty much only have a chance at the bubble if they can get a sweep of UCLA and USC.

UCLA is in much better shape as far as the tournament goes, but the Bruins are also sliding in the wrong direction and for the same reason. UCLA took two losses to the Arizona schools, and the Bruins have fallen in three of their past four games, with the lone exception being a nine-point win at Stanford. The Bruins are sitting on the No. 5 line and could be lining themselves up for a first-round exit if they don’t get things moving in the right direction in a hurry. These teams have yet to meet in 2022, but if history is any indication, it might not be much of a matchup: UCLA has won the last ten meetings at Pauley Pavilion and has covered this number on eight occasions.

Defense and rebounding are the way that you win championships, but you’ve also got to be able to put the ball in the basket occasionally. Washington State seems like it’s forgotten that little detail because the Cougars have been abysmal at scoring the basketball. Washington State has failed to top 60 points in three straight contests, all losses, and the Cougars haven’t topped 34 percent from the field in any of them.

Where Washington State does find success is with its defense, as the Cougars tend to hold teams in the 40s for their shooting percentage and usually don’t allow a lot of second looks at the basket. Against Oregon, Washington State came up with 18 offensive rebounds, a big reason that game proved as close as it became. But the Cougars couldn’t get anything to stick, as Michael Flowers and Tyrell Roberts shot a combined 9-for-32 from the floor and were 5-for-20 from the arc. With how thin Washington State is, the Cougars cannot suffer an off-day from their top scorers and have another plan to replace what they’re missing. They need to sink some baskets, and either Flowers or Noah Williams has to get going here.

UCLA’s loss to USC was almost a direct copy of Washington State’s struggles, with one difference: Tyger Campbell at least was able to score 27 points, but that was because he got to the foul line 14 times and cashed in 13 of them. UCLA just couldn’t put the ball in the hoop otherwise, which totally negated the 18 offensive rebounds it had against the Trojans.

The problem for the Bruins is that Jaime Jaquez and Johnny Juzang aren’t scoring right now, and UCLA isn’t deep enough to find other scorers when those two aren’t hitting. The Bruins only rotate eight players maximum, and three of them (Jaquez, Juzang, and Campbell) all played 32 minutes or more against the Trojans. UCLA simply has to get more production out of its starters because the Bruins have no real bench to speak of and can’t be counted on to get the job done if the starters keep missing shots.

UCLA will Cover If: The Bruins either get Campbell some help or get him to become the main weapon they have in this contest. Beating Washington State doesn’t have to be a hard thing throughout all this as long as the Bruins play their game and hit shots when they come.

With Washington State struggling to score much of anything at all and UCLA very much in favor of a slow tempo, this game looks like it’s going to be a rock fight. However, UCLA could find its touch, so I instead like the team total under for Washington State in this one. With the number at 61.5, I think that’s the wisest bet on the board here.

It’s tough to trust UCLA right now to cover. It’s even harder to trust Washington State, which needed at least a split at home with the Arizona and lost both. Washington State was a nice story, but it has now petered out. Give me UCLA. Bet your Cougars/Bruins pick and ALL your college hoops picks for FREE this week by taking advantage of a 100% real cash bonus on your first deposit of $100 to $300 when you use bonus code PREDICT100 at MyBookie Sportsbook!