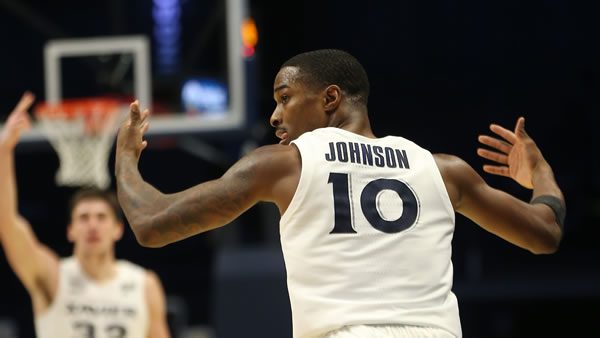 Playing all defense all the time hasn’t quite worked out to Butler’s liking, as the Bulldogs have found themselves on the wrong end of a few blowouts and haven’t been doing much scoring against what was supposed to be the more manageable part of the schedule. Butler has managed to pick up a couple of wins here and there against name opponents, but they’ve lost five to Power 6 schools, and four of those defeats were by double digits.
That’s hardly ideal preparation to play Xavier, which hasn’t been all that great at scoring either but does enough to get by and has really made life difficult for opposing offenses. The Musketeers have turned on the offense in recent games, but they haven’t lost much of their defensive skill: they’ve yet to allow an opponent to break 71 points on them this season. Given that Butler has trouble getting into the mid-60s on a good day, this could be a tough one for the Bulldogs — and a great one for under bettors.

Having eight players who are equally likely to contribute on both the scoresheet and on the boards means that it’s difficult for defenses to focus on any one player. But it’s a double-edged sword because there’s nobody that they can really count on to lift them out of a tight spot. The closest real option is Nate Johnson, strictly because of his ability to hit the 3-point shot. Beyond that, Xavier’s best strategy is to get ahead and stay there because this team is not built to come from behind.
Xavier does rebound incredibly well because everyone on the floor seems to treat that as a collective responsibility, which is one reason the Musketeers have earned 11 wins on the season. When you can bludgeon a team inside and shoot the ball well on your putbacks, it really doesn’t matter that you’re not great at shooting your way out of trouble. It might matter against a team like Villanova, but most of Xavier’s opponents can’t shoot anywhere near as well as Villanova.

If you like points, Butler is definitely not the team for you. The Bulldogs have won eight games because they’ve frustrated their opponents with good defense, but when it comes to attacking themselves, they leave a lot to be desired. Butler doesn’t shoot it all that well as a team (Bryce Golden is the only starter hitting above 41.5% from the field), is even worse from behind the arc, and doesn’t take care of the basketball on top of that. The Bulldogs also can’t win games by getting to the foul line, as they’ve hit just 69 percent of their free throws this season.Put simply. There’s a reason that not one of Butler’s wins has come against a team that scored more than 60 points in regulation. If anyone can score quicker than 1.5 points per minute against the Bulldogs, they just can’t keep up.

More Picks: Get Kemp’s Hawks vs. Lakers Against the Spread Bet >>>

Xavier will Cover If: The Musketeers can pound away inside and cash in on their second chances. Xavier rebounds much better than Butler does, and getting a few early second-chance points can force the Bulldogs to panic, leading to a few cheap steals for a defense that already gets eight per game.
Butler will Cover If: The Bulldogs can force a few bad shots early and rattle the Muskies’ confidence. Xavier is only in trouble if it can’t track the rebounds and score on its possessions despite taking one bad shot; it’s not going to work if Butler forces one bad look and then allows an easy putback. The first few minutes will be critical.

Xavier plays defense pretty well. Butler’s numbers with a total of 130.5 suggest that the Bulldogs are expected to get to 62.5 points. That’s not likely to happen against this Xavier defense, so playing the under on both the overall total and the Bulldogs’ number holds value.

Taking a home dog is appealing the way this week has gone, but I can’t see Butler pulling this one off, given the disparity between the teams. Xavier at least has something that it can do against Butler’s defense to put points on the board on a consistent basis. There doesn’t appear to be anything that Butler can do to score, so either this game is played in the 50s, or it just isn’t happening for the Bulldogs. I’m banking on the latter. Give me Xavier. Note: A bunch of players haven’t gotten smoked in the past few week’s due to crazy results. Instead of re-upping at your book and getting nothing or some piddley 10% re-deposit bonus, consider grabbing a 100% bonus at one of MANY top flight sportsbooks that we advertise. It helps us both! See our best sportsbook bonuses page for more info!