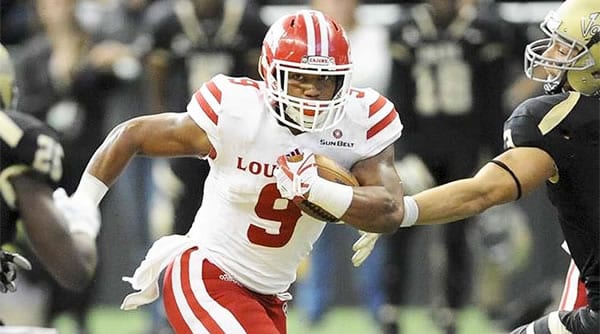 This game was hastily scheduled when both teams’ initial opponents backed out, creating an intriguing matchup between a respected Big 12 squad and a Sun Belt team that genuinely believes it’s a contender for a New Year’s Six bowl — assuming any of them are played.

Iowa State comes in looking to take the next step in the Big 12 and get to the league championship game. Should they make it, they’d probably be the last team in the league that Oklahoma would want to see, as the Cyclones have been incredibly tough on the Sooners over the past two seasons. But Iowa State’s got to get there first, and the Cyclones have been notoriously slow starters. Last year, they barely escaped their opener, beating FCS foe Northern Iowa in triple overtime to avoid an embarrassing defeat.

A slow start could be deadly in this matchup because Iowa State’s brought in a talented and experienced opponent in Louisiana. The Cajuns won 11 games last year and might have been in a better bowl if they could have figured out how to get past Appalachian State. They return several key pieces and could make life very difficult for Iowa State if the Cyclones again struggle to get started. This team sees itself as a real contender, and a win here would go a long way to proving that.

How the Public is Betting the Louisiana/Iowa State Game

The Cajuns’ main goal is to grind out wins with their powerful running attack and take to the skies when the opportunity presents itself. Levi Lewis was sensational with the football last season, as he threw for 26 touchdowns and just four interceptions a year ago, establishing himself as an outstanding decision-maker. He returns as a senior, but he doesn’t have Ja’Marcus Bradley around, as Bradley’s now with the Cleveland Browns. Jamal Bell becomes the main threat for the Cajuns in the passing attack, and truth be told, he’s a pretty solid No. 1 receiver who wouldn’t look out of place in the Big 12.

But the real bread and butter for the Cajuns is the two-headed monster of Elijah Mitchell and Trey Ragas. Mitchell was the team’s bell cow last year with 16 touchdowns and proved such a strong back that he was able to get more carries than Raymond Calais, who’s now with the Buccaneers. Ragas steps into Calais’ role as the home run threat, as he averaged more than seven yards a carry and scored 11 times last season. They’ll face a challenge against a decent run defense in Iowa State, and they’ll need to establish tempo early. If they can keep Iowa State’s offense off the field, they’ll control the game.

Brock Purdy has received plenty of hype going into this season, and it’s justified. The Cyclone quarterback is legitimately in the Heisman race, and Iowa State has a genuine chance to contend for the Big 12 title in this odd season. But if the Cyclones are going to be a factor, Tarique Milton has to become the main man at catching passes. Iowa State is mainly built around its tight ends rather than its receivers now that its best pass-catcher is out of eligibility, but that’s not a bad thing given that Charlie Kolar caught seven touchdowns and gained nearly 700 receiving yards.

However, Breece Hall doesn’t really have anyone behind him who can gain yards on the ground, and last year’s bowl game showed what happens when he doesn’t get going. Hall seemed to fade down the stretch last season as Iowa State fell to both Kansas State and Notre Dame to end the season, and the Cyclones need him to be ready to go as a sophomore. Iowa State is a team that needs to establish a solid ground game, and Hall should be a big part of the early goings for the Cyclones as Purdy gets on the same page with his targets.

BET YOUR WEEK 2 COLLEGE PICKS FREE BY TAKING ADVANTAGE OF A 100% REAL CASH BONUS ON YOUR FIRST DEPOSIT OF $100 TO $300 AT MYBOOKIE SPORTSBOOK!

Louisiana was a great pick on the under last season, as the Cajuns went under in seven of their past nine matchups previous season. Four times, the Cajuns held their opponent to under 10 points, and while that obviously won’t happen against Iowa State, it’s a good sign that this defense is good enough to hold its own against the Cyclones.

As for Iowa State, the Cyclones were the kings of inconsistency last year, as they never seemed to put two good offensive performances together in back-to-back weeks. The Cyclones went 5-6-1 over/under and never did the same thing in consecutive weeks for the regular season. Iowa State was also relatively poor against the spread once it became clear that it was a strong team, as the Cyclones failed to cover in four consecutive games as the favorite.

Finally, there’s one more trend to pay attention to—Iowa State’s slow starts. The Cyclones aren’t just slow starters to their seasons. They’re slow starters to their games. In eight of Iowa State’s final ten games last season, the Cyclones and their opponents combined for 10 points or less in the first quarter. A 56.5 point total likely means 14 points are expected in quarter no. 1, and with Louisiana likely to try to chew clock from the beginning, this is an excellent opportunity to get in and out quickly with a win.

After a rainy, nasty week in Ames, the sun should come out on Saturday, with temperatures pushing 75 degrees on Saturday afternoon.

I think Iowa State will be a factor in the Big 12 race, but the Cyclones have a history of struggling to cover and struggling to get going at the start of the season. Plus, Louisiana is a quality mid-major that has become a real factor in the Sun Belt and views this game as the springboard to its season.

I don’t think the Cajuns get the upset, but I think they’ll make the Cyclones very uncomfortable for 50 to 55 minutes before finally succumbing in a one-score game. I’m taking Louisiana and the points. Want MORE Free Bets? You can deposit anywhere from $100 to $500 and get a dollar for dollar matching 100% bonus at GTBets!