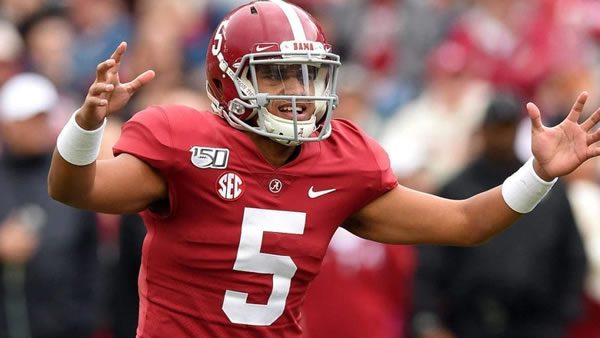 The one interstate non-conference rivalry in the nation that doesn’t involve Notre Dame renews itself, and the biggest question here is what kind of jump Maryland’s young offense has made after barely playing at all during the Big Ten’s abbreviated campaign. Maryland got in just five games last season, and the Terrapins weren’t all that competitive against good teams, losing blowouts to both Indiana and Northwestern on the road. However, Maryland took both home games to overtime last season, beating Minnesota and falling to Rutgers.

How the Public is Betting the West Virginia/Maryland Game

The total has jumped two points from 55 to 57, while the spread hasn’t budged an inch. So far, the public seems split between the two teams.

Running back Peny Boone (concussion) is out.

If West Virginia could figure how to play offense away from home, it would be a much stronger squad. The Mountaineers really had problems getting going last season, as they averaged 2.2 yards per play or less in three of their four road games, mainly because they couldn’t run the ball on the road. Leddie Brown was dominant when he played at home, but he had just one game where he gained over 100 yards away from home all season.

The good news for the Mountaineers is that quarterback Jarret Doege and three of their top four receivers from last season are back, but passing really isn’t the thing that allows teams to beat Maryland. The Terrapins only gave up 200 passing yards a game last season but got gashed on the ground, which means a big part of this game will be decided by how well Brown performs.

Professional handicappers give out their expert plays!

The good news for the Terrapins is that they learned how to develop a passing attack in 2020, as Taulia Tagovailoa appears to be the answer at quarterback. Maryland moved the ball well through the air in 2020, averaging 264 passing yards a game and throwing on 61.6 percent of their plays because they finally had a quarterback that they could trust. Plus, the Terrapins have their top five pass catchers back from a season ago.

The bad news is that for all of its success through the air, Maryland never really developed a ground game and was incredibly wasteful with its possessions, averaging a mere 23.6 points per game despite the increase in yards per game. The already struggling ground game took another hit when Peny Boone, the leading returning rusher from 2020, was declared out with a concussion, which takes away half of Maryland’s planned ground attack. Tayon Fleet-Davis will likely carry the load for the Terrapins, and he’s more of a speed back than the power that Boone provides. That could be a problem against a West Virginia squad that played excellent defense a season ago, giving up a mere 20.5 points per game.

Maryland is the kind of program that gives you one surprise and then calls it a season, and if you can get that surprise, you’ll be able to make a nice amount of cash before the Terrapins revert to their old selves. Over the past four non-COVID years, Maryland has started 2-0 or better each time and has won its first matchup with a Power 5 school, besting Texas twice and Syracuse and attracting a bit of national attention each time. Against West Virginia, that could be a recipe for success, because the Mountaineers have a history of failing to show up in their first real test of the season. Over the past four seasons, West Virginia is just 1-3 SU and 2-2 ATS in their first game of the season against an FBS school, as they’ve opened with an FCS foe in each of the past two seasons. One other thing to note as far as the total goes: the winning team in this matchup tends to score between 31 and 45 points, so if you’re expecting this game to be close to the spread, it might be a good idea to take the over. Eight of the past nine matchups between these teams have seen at least one team score 31 or more, including a 77-point thriller the last times the teams played here. That said, that 40-37 West Virginia win was the only close game of the past nine meetings: seven of the other eight were decided by 10 points or more.

With temperatures expected to sit in the 70s and partly sunny weather expected outside the nation’s capital, this should be a fine day for football.

This is exactly the kind of game that Maryland pulls out from nowhere. The Terrapins’ offense is improving rapidly, and if Tagovailoa can get into a rhythm, Maryland should be in pretty good shape. The worry is the run defense, as Brown is a solid back who should be able to carry the day. But given his past struggles away from Morgantown, I don’t really want to trust him here. I’ll take the Terrapins and the points.