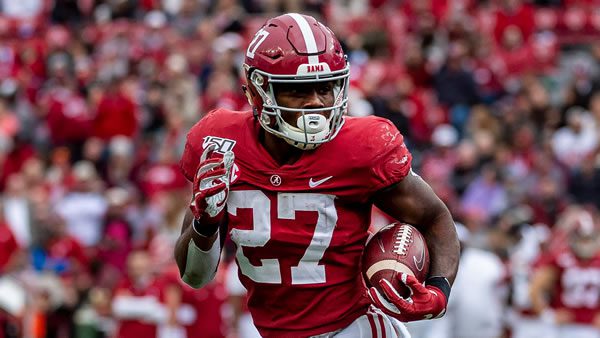 How times have changed: the Fighting Irish are playing a Group of 5 team at home, they’re getting points, and nobody sees anything strange about that. That’s how far Cincinnati has come in a short period of time, and it’s why some people believe that if ever a team was going to make it to the playoff in the four-team era from the Group of 5, this might be the one.

But to do it, the Bearcats are going to have to find a way to slow down a pass-happy Notre Dame squad that has shown no problems putting up points. The Irish have hit 41 points twice this season, and they’re riding the arm of Jack Coan to a strong start in South Bend. The Bearcats counter with Desmond Ridder, and the two quarterbacks have 16 touchdowns to their name against just four picks, suggesting this should be a tight battle between two efficient offenses.

How the Public is Betting the Cincinnati/Notre Dame Game

The public is riding with the Irish, but the sharp money believes in Cincinnati. Despite the Bearcats getting just 34 percent of tickets, the spread has ticked up a point in their favor, and the total has moved down from 52 to 50.5.

The big question is whether the Bearcats will try to change what they do in preparation for a coach who knows them well. Notre Dame defensive coordinator Marcus Freeman previously served as Cincinnati’s defensive coordinator and has a good idea of what his team will need to do to stop the Bearcats’ attack. However, knowing how to stop it and actually executing that might be two different things, as the Irish have been susceptible to sustained ground games this season.

That could be a disaster against running back Jerome Ford, as the Bearcats will ride him throughout the contest and will give him as many carries as is necessary. Cincinnati is one of the few teams who commit to one back and sticks with them, giving Ford 50 carries for 300 yards so far in 2021. When the Bearcats pass, Desmond Ridder has proven accurate and does a great job of spreading the wealth. Ridder has seven passing touchdowns to his name this year and has thrown them to six different receivers. Only Tyler Scott has more than one touchdown catch this year for Cincinnati, which could be a sign of an offense that has so many strengths that opponents can’t really take away everything.

The Irish have one solid option for carrying the ball. Unfortunately for them, it’s backup quarterback Tyler Buchner. Notre Dame mostly has to move the ball through the air to get anything done this season, as the Irish have an immobile Jack Coan and a pair of unimpressive backs in Kyren Williams and Chris Tyree at their disposal.

The good news is that when he gets time, Coan is as accurate as anyone and has a lot of reliable targets. Michael Mayer tends to be his best option when he’s in trouble, as the tight end leads the Irish in both catches and yards while tying for the lead in touchdowns. Kevin Austin and Avery Davis have offered genuine significant play threats in the passing game, but the Irish have sometimes had trouble getting things going when a team focuses on the run and dares them to beat them via that.

Cincinnati knows what it’s doing on the road for the most part, but this one could be a bit different because the Bearcats are actually expected to win the game, adding expectations that usually aren’t there unless Cincinnati is playing a team from its own league. Cincinnati has covered in four of their past five trips outside the AAC, but when the Bearcats play outside the conference on the road, they’re usually getting points rather than giving them.

It’s expected to be a bit warm by Indiana standards in October, as temperatures will hit at around 76 degrees with clouds in the forecast. Wind could play a small role at nine miles per hour, as could the possibility of showers.

Cincinnati should be able to keep the ball moving, and there should be plenty of points here, given that the Irish haven’t been able to get anything going on the ground. When a team has to pass a lot, that means incompletions and stopped clocks, or it means a lot of points in a hurry. This is likely the former, but in either case, overs are usually what happens.

For the game itself, I lean toward the Bearcats here and will take them to cover. Bet your Week 5 college football picks for FREE by taking advantage of a 100% REAL CASH bonus on your first deposit of $100 to $1000 at Betnow!