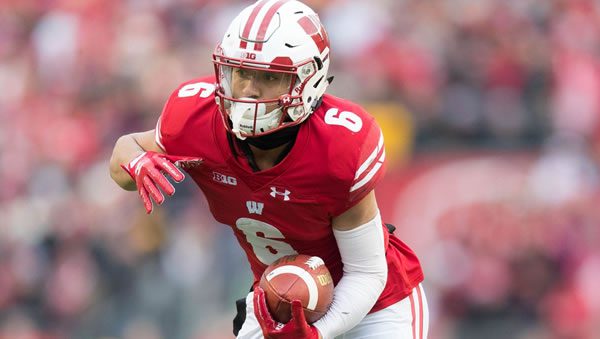 College Football came back in a massive way last week with hundreds of thousands of fans once again cheering on their favorite teams. Madison was rocking previous week, but Wisconsin fell short against Penn State in a heavyweight bout. The Badgers have a little frustration to take out now and welcome Eastern Michigan to Camp Randall for a night game. The Eagles are out to a 1-0 start, but the water is much deeper this week than when they played FCS-member St. Francis. This looks to be an easy game for the home team, but EMU has had an influx of transfers to a team that has already gone to three bowl games under coach Chris Creighton and has three wins against Big Ten opponents in the last four seasons.

Eastern Michigan has made a living on the road, going 23-6 against the spread in their last 29 as the visitor with 20 ATS wins in the previous 26 as the road dog. Last week, they did drop the ATS decision but have posted a 16-5 mark in the previous 21 following an ATS loss. Wisconsin is 7-1 against the spread in their last eight against a MAC opponent but are just 1-5 ATS in the last six overall and 0-6 ATS following an ATS loss. The OVER has paid in eight of the previous nine EMU road games, but the UNDER has hit in five of the last six Wisconsin games overall.

Wisconsin has no one to blame but themselves after two red-zone fumbles and two more interceptions limited their offensive output to ten points. They look to get healthy against an Eastern Michigan defense that ranked 109th against the run last season and surrendered 36 points per game. Clemson transfer RB Chez Mellusi ran for 121 yards and a touchdown in his Badger debut. He looks to be the primary ball carrier again this week as Jalen Berger nurses a leg injury. An undersized EMU defense will need to be tough against the run and get Wisconsin in obvious pass situations where Taran Rush can go to work off the edge. Rush had a sack and three hurries last week, with 2020 leading tackler Terry Myrick also notching a sack.

Eastern Michigan employs a two quarterback system but could be limited to just Ben Bryant as Preston Hutchinson is questionable with a head injury. Last week, Bryant completed eight of ten passes as EMU threw for 189 yards, but the run game powered the win with five rushing touchdowns. The Eagles churned out a pedestrian 3.8 yards per carry against St. Francis but did have three passing plays of at least 25 yards to show some explosiveness as well. Wisconsin held Penn State to 46 total yards during the first half, but the secondary was burnt on multiple plays in the second half. The Badgers gave up just 50 rushing yards last week, but EMU has some WR talent and could attack that UW secondary as Penn State did.

It was many of the same ills for Wisconsin last week as it was in 2020. Offensive inefficiencies put too much pressure on a stellar defense, and a close L was the result. The good news in Madison is that Graham Mertz is still in what amounts to his first season as a starter, and he has solid pass catchers to use. Danny Davis finished with 99 receiving yards last week, and TE Jake Ferguson led the team with nine receptions, look for that duo to hurt the Eagles in play action. Chez Mellusi is probably sore after 31 carries last week, but he was looking for a lead-back role, and he should be north of 120 yards again. Wisconsin did move the ball against Penn State before committing some unforced errors, and they will move the ball again against Eastern Michigan. The Eagles may want to execute another 58 carry game plan this week, but they won’t be able to against this Wisconsin front seven. There was nothing for Penn State up the middle against Wisconsin, and I would expect Jim Leonhard to solve the breakdowns on the outside during practice this week. Madison is always a crazy place to play, but night games hit an even higher level, and I think Wisconsin cruises. The outcome will be secure by the time the jump around pops off, and while a late Eastern Michigan score flirts with a back-door cover, Wisconsin gets the ATS win by a 42-14 margin.

Ted Walker’s Pick to Cover the Spread: Wisconsin Badgers cover the huge point spread. Did you know you can bet this game (and all football picks; both college and pro) at -105 reduced odds? This goes for both sides and totals! Do yourself a favor and start risking LESS by making the switch to BetAnySports Sportsbook!