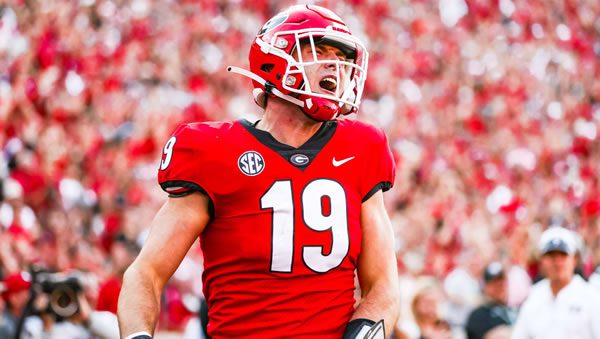 For Georgia, the pathway to the No. 1 seed and a repeat title has opened up beautifully. The Bulldogs just need to win their final four games and no longer have to worry about Alabama at all or Tennessee until possibly the playoff. Georgia closes with Mississippi State and Kentucky, and the Dawgs look like they’re capable of wiping out everyone in their path until a potential meeting with either Ohio State or Michigan.

Mississippi State simply wants to finish at least .500 in SEC play, but that is looking unlikely. The Western Bulldogs have two league games left, but they’re this game and Ole Miss, neither of which is likely to be wins for them. Mississippi State has basically done what most Mike Leach teams do: the Bulldogs win the games they’re supposed to win and don’t win the games they shouldn’t against better teams. Georgia certainly qualifies, which is why this spread is as high as it is. With Georgia’s defense dominating what was thought to be the strongest offense in the country, it’s difficult to see Mississippi State hanging around unless Georgia has an off day.

How the Public is Betting the Georgia/Mississippi State Game

The public isn’t sure what to think on this game. The totals and spread have not changed, with 53% of tickets coming in on Mississippi State.

Georgia can attack defenses however it wants to, and against Mississippi State’s defense, the best move for the eastern Bulldogs is likely to move it on the ground. With Daijun Edwards and Kenny McIntosh, Georgia has a solid two-back system that can move the ball on Mississippi State and keep the western Bulldogs’ offense on the sidelines.

Beyond that, Stetson Bennett continues to do whatever is needed to move the ball through the air. Brock Bowers presents a matchup nightmare for anyone that the Georgia offense goes up against, and even though none of the Bulldog wide receivers represents a true deep threat, they catch enough balls to make the Georgia offense a threat to score from anywhere. With Mississippi State likely to focus on the pass defense, expect Georgia to opt to run the ball over the pass for as long as it’s working the way it should.

Mike Leach stubbornly refuses to do anything differently no matter what the situation is, and that means that Mississippi State will try to attack Georgia’s powerful pass defense from start to finish. The good news for Mississippi State is that Will Rogers isn’t the kind of player who’s going to force bad decisions, as he’s only thrown five interceptions on the year against 26 touchdown passes.

The bad news is that Mike Leach only has one plan, and Kirby Smart is likely to figure out exactly how to stop it. The Georgia defense has already shut down the likes of both Tennessee and Oregon, and both of those offenses are far more powerful than Mississippi State. Against good defenses that know how to stop the air raid, the Bulldogs have failed to get much of anything done. Both Alabama and Kentucky shut down Mississippi State, and with no running game to keep Georgia honest, this could be a low-scoring show.

Georgia tends to do its best work away from Sanford Stadium. The Bulldogs are 13-6 ATS in their past 19 games in November and 36-15 ATS in their last 51 road games, thanks to lower spreads that come with playing away from home. Mississippi State has been a bit of a trap opponent for teams in Starkville, as they are 25-9 ATS in their last 34 home games against team with a winning record.

This is going to be football weather. The temperatures are expected to fall to 30 degrees during the evening, with winds blowing north-northwest at six miles per hour.

Georgia is the stronger team, and it’s not really all that close. The Bulldogs are more powerful on both sides of the ball and don’t really have all that much to worry about from the Mississippi State passing attack. As long as Georgia is focused on this game, it should be just fine.

Give me Georgia to cover here.