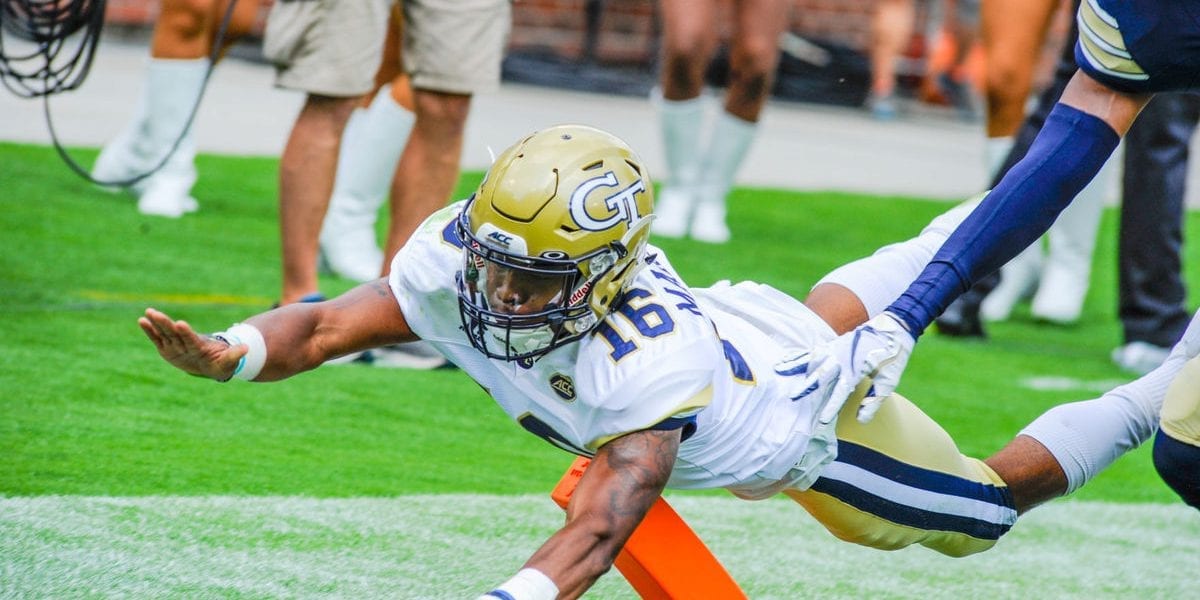 Thursday night college football returns to the ACC this week when the Virginia Tech Hokies host the Georgia Tech Yellow Jackets inside Lane Stadium in Blacksburg. Despite the Hokies 4-2 mark SU, they will try to remain unbeaten in conference play and stay atop the ACC Coastal Division. Initially, this looks like a prime opportunity for Virginia Tech to continue their impressive run in conference play. After all, the Yellow Jackets appear to be in shambles with losses in 4 of their last 6 games against rather mediocre opponents. However, I don’t believe anyone should write off Georgia Tech this Thursday because this meeting against Virginia Tech will be one of the few match-ups this year that leans in their favor.

Yellow Jackets are a dangerous underdog

Every time this Georgia Tech teams comes up on an opponents schedule, it is a nightmare for opposing coaches. The Yellow Jackets triple option is still one of the most unique and difficult schemes to prepare for defensively. Luckily, Virginia Tech had extra time to prepare for Bobby Johnson’s offense via a recent by week. However, it must be stated that defensive coordinator Bud Foster’s Virginia Tech teams have not played well against Georgia Tech historically. Bud Foster has been with Virginia Tech Defensive Coordinator since 1996 which is one of the longest tenures in college football history. However in the last 4 meetings, Georgia Tech has held the upper hand winning 3 out of the 4 meetings while averaging nearly 30 points per game.

For my Big 12 and Pac-12 fans out there, I know 30 points does not seem like much. However, if you consider both Virginia Tech and Georgia Tech are primarily rushing teams that produce low offensive numbers, the 30 points allowed is pretty high. For whatever reason, the Hokies just have not defended the run well in recent years and despite Bud Foster’s tremendous resume, this style of football is not easy to prepare or scheme for compared to traditional offenses. On top of those factors, Georgia Tech has been a dangerous underdog historically as well. The Yellow Jackets have covered their last 5 games where they were 7 point dogs or less. Against Virginia Tech, the Yellow Jackets have covered the spread in 5 straight meetings which goes back to my concerns around this Virginia Tech coaching staff’s ability to prepare for this offense.

I know you are probably wondering why I am so confident in Georgia Tech this week despite the fact they have looked pretty bad in recent weeks. After all, Virginia Tech is 4-2 SU and 3-0 in conference play. However, I think everyone needs to consider a couple of important factors surrounding this match-up. For starters, Georgia Tech’s defense lacks speed. Often when Georgia Tech has been shredded defensively this year, it is because they do not have to speed when opponents spread the ball out. One of the reasons this is a upside match-up for Georgia Tech is because Virginia Tech’s offense does not possess ridiculous speed all over the field. The Hokies are more of a physical football team that relies on the run game which is a better match-up for this Georgia Tech defense.

Along with the match-up concerns, you cannot overlook the fact that this Virginia Tech offense continues to struggle. We are talking about an offense that lost starting quarterback Josh Jackson and has turned to junior Ryan Willis who is completing just 57% passing. Instead, the offense has heavily invested into the legs of running backs Steven Peoples and Deshawn McClease. The offense has been able to survive thanks to the running game and solid defensive play. Still if wipe out the games against cupcakes like Old Dominion and William and Mary, this offense has only scored over 24 points once (31 against Duke). Therefore, how long can this Hokies’ team survive with mediocre offensive output?

I really expect this game to be close throughout 4 quarters of football. There is no doubt that defenses have the better match-up in this game which will likely produce a low scoring game. The one outlier that could decide the outcome is the turnovers. So far this year, both Virginia Tech and Georgia Tech have been excellent teams in terms of turnover margin. Both teams rank inside the top 30 in turnover margin and the Yellow Jackets are tied for 6th in the FBS with 16 forced turnovers on the season. With two struggling offenses, turnovers could play a big factor. Just 1 or 2 turnovers, could be all these struggling offenses need to help produce points to vault themselves towards a victory.

Jay’s Pick to Cover the Point Spread: I think this is a prime upset opportunity for Georgia Tech. I like the match-up for the Yellow Jackets and I believe they will win outright. Take Georgia Tech +3.5