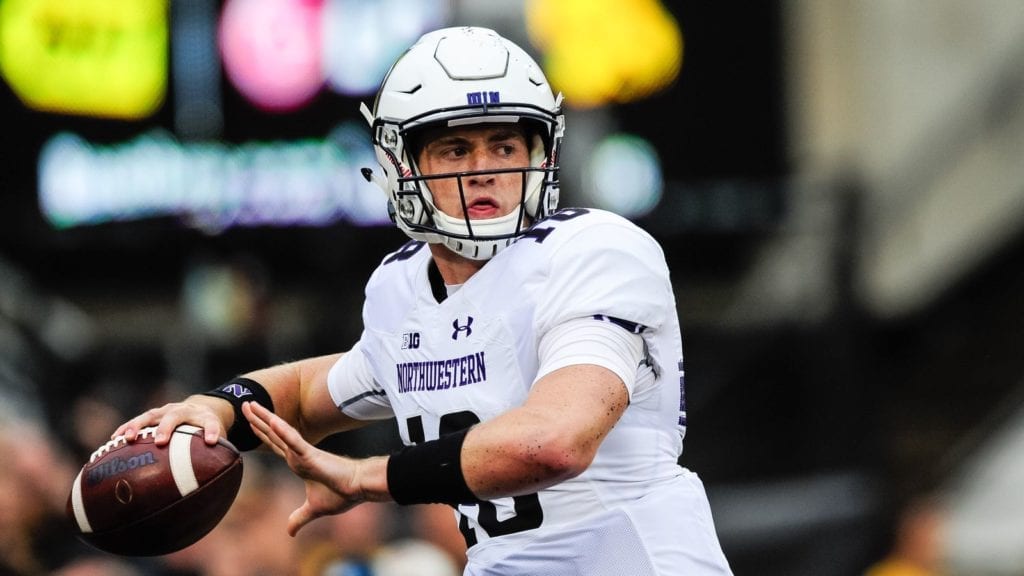 The Northwestern Wildcats play the Utah Utes in the Holiday Bowl on December 31 in America’s Finest City. Both teams had a successful season, each winning their division before coming up short in their respective conference championship games. Northwestern, with 8 Big Ten wins this season, had won 7 of 8 games before losing to Ohio State in the title game, 45-24, on December 1. Utah, winners of nine games in a season where they had to overcome all kinds of adversity, also won 7 of 8 leading into their conference title loss to Washington, 10-3, on November 30.

To know Utah, it’s important to see what they overcame to get here. With injuries, particularly to their star back Zach Moss and QB Tyler Huntley, they had to win without them and admirably kept their heads above water through a tough patch. A lot of character was shown as they overachieved in many respects. A road loss to Arizona State, where they suffered the loss of both Moss and Huntley, was their only setback since September, before falling to Washington in a close Pac-12 title game. With wins over Stanford, USC, and Oregon, while almost beating Washington State and Washington, one wonders what would have happened without all the injuries. As it were, they still accomplished a whole lot.

Northwestern is a weird team to size up. They were 8-2 in the Big Ten, which counts for something, as does winning their division. They beat Michigan State and Wisconsin while losing to the Wolverines by just three and giving undefeated CFP team Notre Dame a run for their money. On the other hand, they’re a team riddled with a lot of glaring shortcomings. With an average of 23.7 points scored and 23.5 points allowed, they barely avoided a negative point differential on the season, while the Utes scored an average of ten more points than they allowed. But they’re here—that’s what counts.

What Northwestern Does Well

In a nutshell, the Wildcats can move the ball capably through the air and are also good in defending the run. And on paper, those traits would seem to match up well with a Utah team that relies more on the run than the pass, while their pass-defense lags behind their run “D”. But their aerial attack is not near what Utah has experienced this season. Four-year starting quarterback Clayton Thorson threw 15 touchdowns while running in another 9 scores on the season. He did throw 14 picks, however, and the Utah defense could make him pay, with active defensive backs like Jaylon Johnson and Julian Blackmon, both of whom have made a lot of plays this season.

Thorson works with a decent back in Isaiah Bowser and versatile RB Jeremy Larkin. Utah had the fifth-rated run-defense this season, however. And with guys like DE Bradley Anae and LB Chase Hansen patrolling that area, Thorson and his backs look to be in some trouble. The upside of their offensive effort in this game lays in the hands of ball-catchers Flynn Nagel (questionable), big-bodied Ben Skowronek, and big TE Cameron Green. These are some large-sized targets for Thorson to exploit in this game.

Looking to bet online? Read about the best rated sportsbooks sorted by category.

With Tyler Huntley listed as probable and likely to be in this game, it alone makes Utah stronger. A rising force behind center, he will be the best QB on the field by far. He can throw and run the ball well, and when the chips are in the middle of the pot, he delivers more often than not. Losing Moss for the season is a big hit on an offense that lacks star-power elsewhere. But having Huntley in there helps bring the most out of the rest of the cast. Luckily for him in this game, he’s going against a “D” that is not one that makes plays, while also being very leaky against the pass. Northwestern’s Joe Gaziano has gotten after quarterbacks for the Wildcats this season, while LB Nate Hall and DB Nate Pace both have three picks, but the highlights have been scant this season.

The Utah run-game will fall into the hands of Armand Shyne and TJ Green. What they can do as far as running the ball pales in comparison to their resistance against it. Teams have averaged a scant 3 yards per carry against Utah, and it’s hard to imagine Northwestern gaining much against this squad. The same can be said for the Utah run-game, as they’re not even in peak-form without Moss and facing a legitimately difficult defense to run against. But Huntley should be able to connect with guys like Jaylen Dixon, Samson Nacua, Demari Simpkins, and whoever else might step up against this dodgy Wildcats’ pass-defense.

Lay the Points on the Utes

One can’t wholly be dismissive with what Northwestern has done this season. On the surface, one sees a lot of holes. They’re good against the run. They have an admirable scrappiness this season, having come out on the sunny side of a lot of close games. But at the end of the day, Utah simply looks like the better team. They’ve been through more, have been more-severely tested, and have more assets team-wide.

With Northwestern, the results speak loudest at the end of the day, but in essence, they are a team that scored a couple nice wins by beating Wisconsin and then Iowa at home, while narrowly defeating a lot of conference rift-raft. They lost to the big dogs they played, even falling to Duke and the lowly Akron Zips along the way. Their heart and scrappiness should allow them to remain competitive with Utah, but the Utes have won 11 out of 12 bowls with head coach Kyle Whittingham for a reason. I’ll take the Utes.

Loot’s Pick to Cover the Point Spread: I’m betting on the Utah Utes minus 7 points.