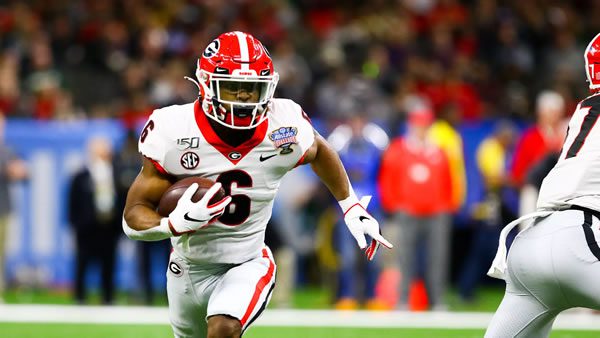 On one side of this matchup, there are no real surprises to see Georgia here. The Bulldogs have won five of the past six SEC Eastern Division titles, with the lone exception being the COVID season of 2020. Once again, the Bulldogs ran through the SEC East with little resistance and are almost a sure thing to make the College Football Playoff, win or lose. But the East hasn’t been very successful when actually getting to Atlanta, as the West has claimed 12 of the past 13 SEC championships. Only Georgia’s 2017 win over Auburn gave the East a crown, and even then, it still didn’t feel like a win because Alabama then beat Georgia in the national title game after not even playing for the SEC title.

Virtually nobody had LSU getting here, especially after the Tigers got smashed by Tennessee at home. But the Bayou Bengals had won five straight since that game before a poor performance against Texas A&M ruined any hopes they had of sneaking into the playoff in Brian Kelly’s first year in Baton Rouge. With that off the table, LSU comes into this game wholly unburdened. Nobody expects the Tigers even to stay close, and there’s no pressure on them whatsoever. If they win, they get the Sugar Bowl; if they lose, they’re just likely to play in a second-tier game. Given where the program was last year, that’s still an accomplishment. But does that lack of pressure work for LSU and allow the Tigers to play free, or does it work against them and result in an easy Georgia win over a team that’s overmatched?

How the Public is Betting the LSU/Georgia Game

Expect Jayden Daniels to play. In a game like this, questionable players almost always stick it out and try to push forward. There’s both a championship on the line and a shot at a huge upset, so if there’s any chance he can be on the field, he likely will.

But how effective is he going to be against a Georgia defense that’s looked almost invincible against the run? The Bulldogs haven’t missed a beat at stopping the run, although they have looked a bit susceptible to the pass and to special teams’ plays during the season. Mississippi State did manage to get to 19 points despite doing little to nothing on offense because of strong kick returns, so it is possible in the right situation. But LSU likely doesn’t have the right personnel to pull that off. The Tigers have never been great in the third phase of the game in 2022, and Daniels’ running isn’t likely to be as effective as it’s been against lesser defenses. Malik Nabers is going to need to play a significant role in the LSU passing game if the Tigers are going to stick close with the Dawgs.

Stetson Bennett has done everything in his Georgia career except win an SEC title. He should be ready to perform after the Dawgs didn’t really give a great performance against rival Georgia Tech last week. The Dawgs have had a bad habit of allowing lesser teams to hang around with them too long (see: Kentucky) as opposed to going for the jugular, which is why they’ve only covered half of their games in 2022.
Georgia is still a defense-first team that figures it doesn’t matter much what the offense does because the defense is always going to be there to bail them out. For the most part, it’s worked out well, as the Dawgs’ defense really is good enough to do the job against most teams. But it wasn’t the case last year when they met Alabama in the SEC title game. Against the wrong offense, Georgia actually has to put up points to do the job. With weapons like Brock Bowers available, the Dawgs always have the capabilities to put up numbers, but some of the questionable throws Bennett makes have resulted in turnovers that often leave Georgia well short of doing what bettors need from them.

Don’t look too closely at the past two meetings between these teams. The 2019 game against Joe Burrow’s video game offense feels like it was a lifetime ago, and the Tigers just are not the same team that they were three years ago. So it doesn’t really matter that LSU has covered in four of five meetings because most of those took place long before these players and coaches arrived.What’s more important is that Georgia usually shows up in neutral site games. When the Dawgs play at a neutral site, they’re 5-2 ATS in their past seven and 5-0 ATS when the opponent isn’t Alabama. LSU has also done well in neutral site games, covering five of seven and covering in six of seven in December. The over has also cashed in four straight LSU December games, while the under is 11-5 in Georgia’s past 16 SEC games.

With rain in the forecast, expect the roof to close over Mercedes-Benz Stadium.

Georgia shouldn’t have many problems with LSU. The big question is whether the Bulldogs are going to be interested for four quarters. The Tigers shouldn’t be able to hang with the Bulldogs, but Georgia’s tendency to wait to show up until the second half makes this a bit of a risky play.

For me, the best option is to wait until the end of the first quarter and try to get Georgia at a lower number. If that’s not an option, I’d go with LSU and the points, as I think Georgia will win but will come in under the number. Bet your Week 14 CFB predictions for FREE by taking advantage of a 100% real cash bonus up to $500 at the web’s oldest and most trusted sportsbook when you enter bonus promo code PREDICTEM on the Special Offers page at Everygame Sportsbook! In business since 1983!