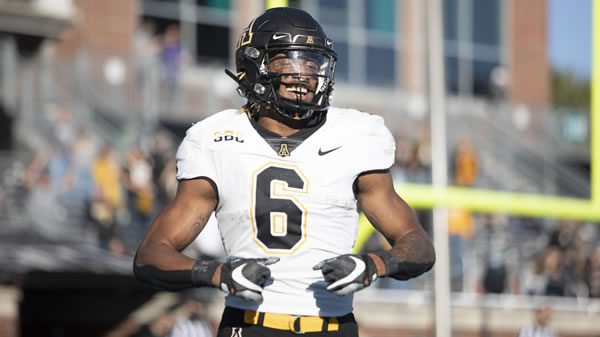 On the one hand, Appalachian State is flying high, having won two of its first three games and looking pretty good in a loss at Miami. However, there’s a sneaking suspicion that Miami might not be very good this season, as the Hurricanes have since followed up by getting drilled at home by Michigan State, taking a lot of the shine off App State playing them to the final play.
But that’s still a much better position to be in than Marshall, which somehow found a way to lose to East Carolina in a game it led by 17 going into the fourth quarter. The Herd had looked good against Navy in Week 1 and against FCS foe North Carolina Central, but Marshall finally ran into an opponent who could move the ball in East Carolina and blew the lead when it lets its foot off the gas, turning a comfortable home win into a disastrous loss.
Now Marshall’s got to travel to App State for the first time since 1996 and face a team that’s likely still ticked off about getting beat 17-7 in Huntington a year ago, and they’ve got to do it while they’re reeling from blowing a game they had no business losing. Can the Herd get themselves back on track here?

How the Public is Betting the Marshall/Appalachian State Game

Neither the total nor the line has budged, despite the public showing a lot of faith in the Mountaineers. Roughly 77 percent of tickets have come in on App State, but with this being a game between two Group of 5 teams, it’s not likely to attract a ton of attention.

When Marshall Has the Ball

Getting yards hasn’t been a problem for Corey Gammage, who torched East Carolina for 180 yards last week. The problem for the sophomore receiver is getting in the end zone, as he doesn’t have a single touchdown to his name despite leading the Herd in receiving yards in 2021. That’s both a slight issue and a testament to how well Marshall quarterback Grant Wells can sling the ball all over the field, as Wells has four touchdowns and 1,110 yards on the season and hasn’t had to rely on any one receiver extensively to get the job done.
Where Wells struggles is with making his reads, as he’s only a redshirt freshman who took the job out of necessity. Wells has shown a tendency to make good decisions against lesser foes but has really struggled when facing good defenses. Against Rice last season, the Herd were 22-point favorites but fell 20-0 to the Owls because Wells tossed five interceptions and ended Marshall’s perfect season. But with App State only allowing 109 yards per game on the ground, Rasheen Ali likely won’t be able to carry Marshall in this one. This looks like a game in which Wells has to step up with the pass.

After not being Trevor Lawrence at Clemson and washing out at Duke, Chase Brice appears to have found a home at Appalachian State. The main problem he showed in Durham was a tendency to take too many chances, and it seems that he’s done a better job of managing the game and not trying to do too much at App State.
Of course, it hasn’t hurt that the Mountaineers boast better receivers than the Blue Devils, as Corey Sutton has come back strong after opting out last year, and Malik Williams has continued to produce as a No. 2 target. Throw in that the Mountaineers have been able to chew up yards on the ground behind Camerun Peoples and Nate Noel, each averaging more than five yards per carry, and it’s easy to see why Brice is having a much easier time directing the offense for App State than he did at Duke. Brice still tends to force a few passes that aren’t there, but he shouldn’t have to worry about that as much as he did against Miami in this game.

More Picks: Get West’s Thursday Night Carolina at Houston pick against the spread

Marshall started last year as a gambler’s delight, but when Wells’ turnovers became a problem, things quickly spiraled out of control for the Herd. Marshall has now covered just once in its past six games overall, and Thursday has been even worse for them, as they’ve got just one cover in their past eight games on Thursdays.

One thing both teams do regularly is top the over in September. Six of Marshall’s past seven and nine of App State’s past 13 in September have gone over the total.

As long as the field is well covered during the days leading up to this game, there should be ideal conditions for football. Temperatures are set to fall into the mid to low 50s and could drop into the 40s during the game, with the wind playing little role.

When the teams met last year, there were two main reasons that Marshall won the game: the defense stepping up and bottling up App State’s ground game and the running of Brenden Knox against a defense that had lost its top three tacklers from 2019.

Well, this time, App State’s defense has ten starters back, Knox was last seen in training camp with the Dallas Cowboys, and East Carolina just tore through Marshall’s defense by scoring 42 points on the Herd. The Over looks like the best play, but as far as the line goes, this one should belong to the Mountaineers. Rough Week 2 NFL/Week 3 college football weekend? Instead of reloading at your book and receiving a tiny bonus or NOTHING, please consider signing up with Bovada Sportsbook who offers a 50% bonus up to $250 free! Credit cards work well there for depositing and they have the absolute best live betting on the web! You also receive rebates on every bet whether it wins or loses! Click here to start betting at a better sportsbook!