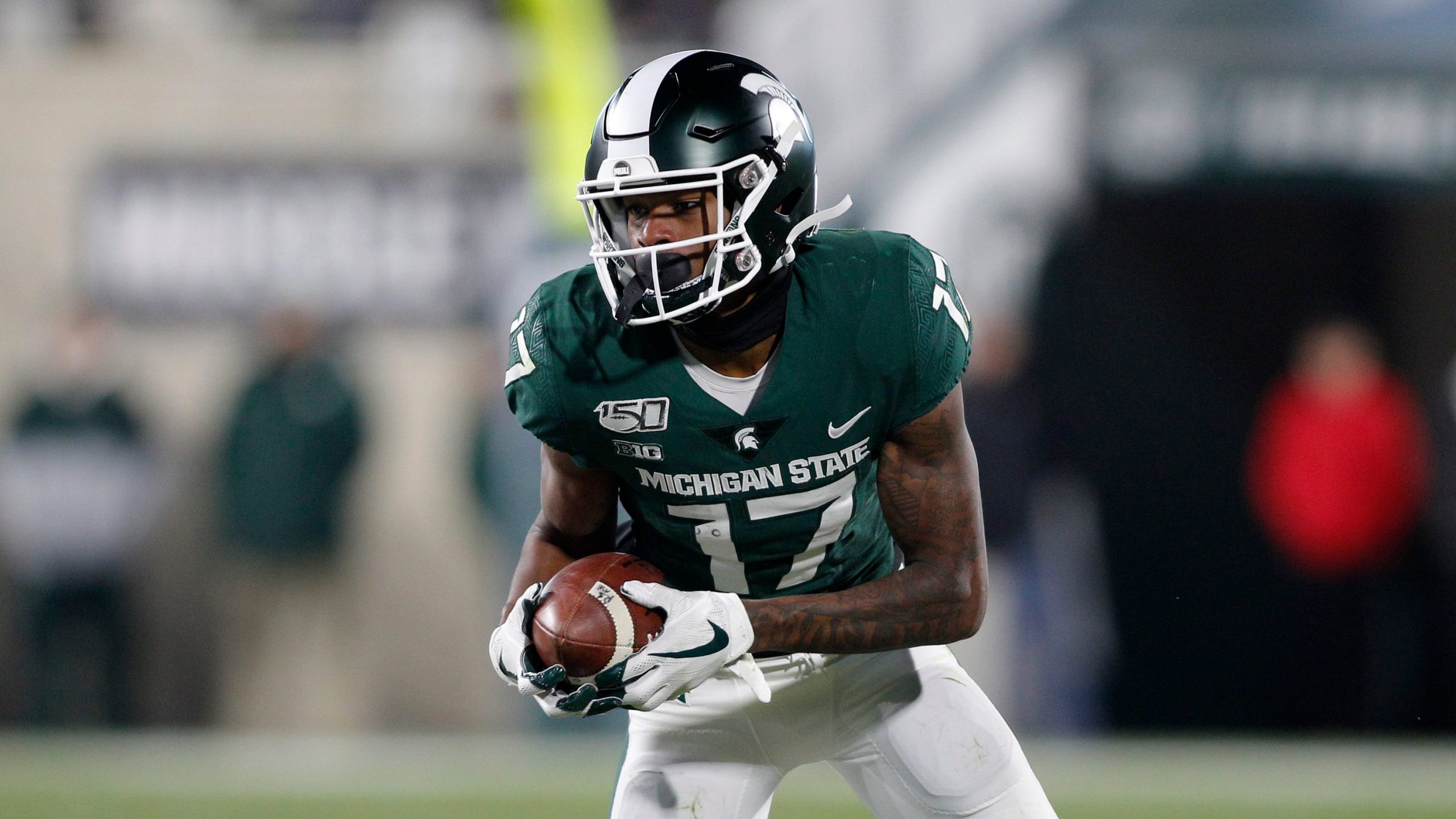 It’s a big game in the Big Ten East when Ohio State entertains Michigan State Saturday afternoon at the Big Horseshoe. The Buckeyes are right where they’re supposed to be, atop the division, closing in on another invitation to the College Football Playoff. On the other hand, the Spartans are one of the most pleasant surprises in college football this season, with just loss, looking to pull a big-time upset.

It won’t be easy, though; Ohio State’s favored by almost three touchdowns.

How are we playing this game with our free college football betting pick?

The Week 12 (already?) college football betting lines opened the Buckeyes as 20-point favorites over the Spartans, with an over/under of right around 67. Early betting action then dipped that spread to -19.

Any bettors out there thinking Michigan State might win this game outright could get upwards of +700 on the college football money line.

The Spartans bounced back from taking their first loss of this season to beat Maryland last Saturday 40-21. Michigan State scored the first 13 points of the game and led 27-14 at the half. Sparty then scored the first touchdown out of the locker room to basically ice the victory and later tacked on one last score to secure the cover as 12-point favorites.

Michigan State piled up 481 yards of total offense Saturday, including 194 on the ground, and won the time of possession by a 36:24 split. But that Spartans defense gave up 447 yards of Terrapins offense, which doesn’t exactly bode well heading into a match-up with the Buckeyes.

The Spartans have actually only out-gained two of their last seven opponents.

The Buckeyes, meanwhile, own an eight-game winning streak after beating the Boilermakers last Saturday 59-31. That game was tied at 7-7 before Ohio State used a 28-0 run to lead 45-17 into the half. OSU then scored the first touchdown out of the locker room and eased home from there for the win and the money as a 19-point favorite.

The Buckeyes racked up 624 yards of offense Saturday, including 263 on the ground. And while the Ohio State defense gave up 481 yards of Purdue offense, half that came in prevent mode, protecting a big lead.

OSU has out-gained each of its ten opponents this season, seven by at least 100 yards, and out-rushed eight of its ten foes.

At 7-0 in conference play, the Buckeyes lead the Big Ten East by one game over the Spartans and Michigan, who are both 6-1. Michigan State owns the head-to-head tie-breaker on the Wolverines, while Ohio State finishes the regular season with a trip to Ann Arbor next week.

And, of course, whoever wins the Big Ten will have an excellent shot to make the College Football Playoff.

In games matching two teams ranked in the Coaches Top 25 this season, the higher-ranked outfits are 18-14 SU but only 15-17 ATS.

Overs are 6-4 in Spartans games this season, which are averaging 57 total points.

Overs are 6-4 in Buckeyes games this season, which are averaging 66 points.

Under are 5-1 over the last six meetings between these two teams.

Ohio State’s averaging 550 yards per game on offense this season while Michigan State’s giving up 444. The Buckeyes are also playing for big stakes, and style points might still come into play. Also, against five common opponents, so far this season - Rutgers, Nebraska, Indiana, Purdue, and Maryland - Ohio State played +229 YPG, the Spartans -30 YPG. Finally, we just still consider MSU a pretender at this point rather than a serious contender. So we’re betting the Buckeyes here, minus the points. Question: Did you know that you could be laying -105 odds on your bets instead of -110? Most aren’t aware that they could be saving BIG money! Dump your overpriced sportsbook TODAY and make the switch to BetAnySports Sportsbook! You’ll be so glad you did!